Clean and Resilient Growth in Bangladesh 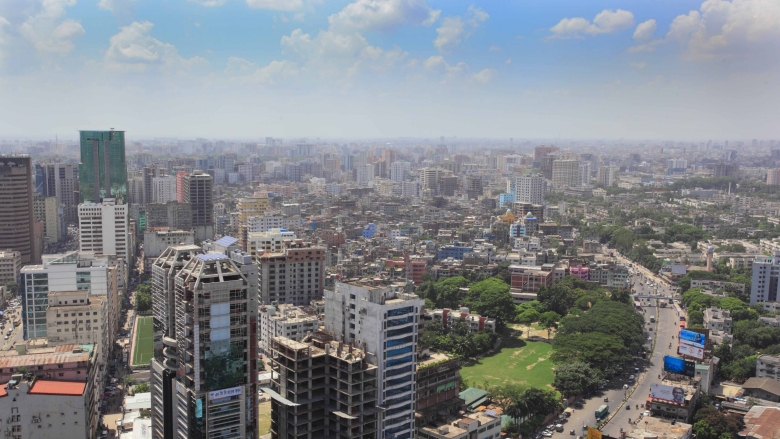 DHAKA, September 16, 2018 — Every year Bangladesh loses about $6.5 billion, or about 3.4 percent of its 2015 GDP, which may be caused by pollution and environmental degradation in urban areas. A new World Bank report shows that Bangladesh is among the countries that are most affected by pollution. The country urgently needs to take strong measures to prevent environmental degradation and pollution.

The report, Enhancing Opportunities for Clean and Resilient Growth in Urban Bangladesh: Country Environmental Analysis 2018 warns that pollution in cities has reached alarming levels. An estimated 28 percent of all deaths in Bangladesh are from diseases caused by pollution, compared to a 16 percent global average. The report analyzes the impacts from different types of pollution, discusses the policy and institutional framework for pollution control and cleaner production, presents case studies of environmental management experiences in different cities, and proposes policy options for Bangladesh.

Impacts and Costs of Environmental Degradation in Urban Bangladesh

Unplanned urbanization and industrialization are affecting both big and small cities. It increased the amount of waste generated, without proper collection and disposal, and led to water-logging in the cities. Dhaka has one of the highest level of air pollution. Nationally, both ambient and indoor air pollution alone causes about 21 percent of all deaths in Bangladesh, which is the highest among South Asian countries.

Additionally, millions of people are at risk from heavy metal contamination and unsafe recycling batteries in and around Dhaka. This disproportionately affects women, children and the poor. Lead exposure can lead to IQ loss and neurological damage, especially among children, and can increase the risk of miscarriages and stillbirths among pregnant women. The full number of people at risk could be even higher given that only partial information is available.

Rapid urbanization has also led to wetland encroachment. In the last 40 years, Dhaka lost about 75 percent of its wetlands. The filling of wetlands and development of high-rise buildings on sand-filled areas exacerbates earthquake risks for urban dwellers in these areas. Smaller cities, like Pabna, also suffer from environmental degradation. Since 1990, Pabna lost half of its wetlands, and its lifeline, the Ichamoti river, is dying.

The country requires a more effective policy and legal framework and stronger institutions at both the national and local level to control pollution and sustainably manage environment. Bangladesh also needs to scale up green financing, promote resource efficient and cleaner production, improve the hazardous waste management system, and raise awareness about the high health and economic costs of environmental degradation.

Strong coordination and collaboration among the government, the private sector, and civil society is required to reverse trends, shift the country toward a greener development path and scale up clean technologies.

Toward Cleaner and More Resilient Cities

Case studies in the report shows how pollution and environmental degradation have impacted small and big cities around the country: from the capital Dhaka to small townships such as Narsingdi-Madhabdi; from the historical town of Mymensingh to the coastal city of Cox’s Bazar, and finally to Pabna, a rapidly growing town surrounded by wetlands and threatened by encroachment and pollution.

Despite widespread difficulties, there are some lights that shine: Madhabdi, for instance, demonstrates that short-term investments in town planning, a clear vision, and continuous, strong-will by the local leadership can unleash the power of an engaged citizenry and private sector to turn the tide of unplanned urbanization and pollution. In Dhaka, three lake restoration projects have also successfully integrated environmental management into urban development.

What is the Way Forward?

The report suggests actions in the following areas: