Brazil to power up investments in street lighting and energy efficiency 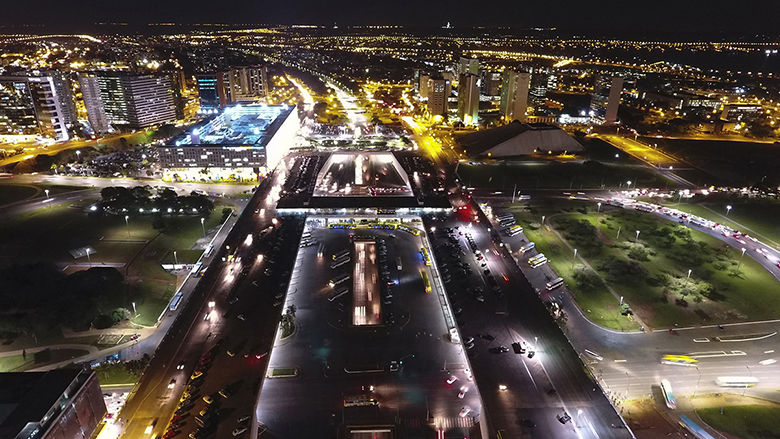 Can you imagine how much money and natural resources could be saved if the world adopted energy efficiency as a priority in sectors such as public lighting or industry?

Although this is an essential concept for the future of infrastructure, it’s still little known in countries such as Brazil. In 2016, for example, when the American Council for an Energy-Efficient Economy (ACEEE) examined policies and performance of the world’s 23 top energy-consuming countries, the Latin American giant ranked 22nd.

However, a new initiative – combining financing and technology innovation – can help fill this gap, and render Brazil’s energy sector more efficient and sustainable. Over the next 15 years, the World Bank’s Financial Instruments for Brazil Energy Efficient Cities (FinBRAZEEC) Project will focus on two urban sectors that have the potential to attract private sector investment at scale: efficient street lighting and industrial energy efficiency.

With FinBRAZEEC, Brazilian cities can create subprojects to completely replace the current sodium-vapor lamps for LED. Also, industries will be able to update pumping systems, engines, furnaces and other types of equipment. Given Brazil’s 86% urbanization rate, these initiatives have tremendous potential to reduce energy use, pollution and greenhouse gas emissions.

To enable them, FinBRAZEEC is piloting one of the most innovative financing structures the World Bank has developed to date. The World Bank will partner with Caixa Econômica Federal (CEF), the second largest state-owned financial institution in Latin America and the fourth largest bank in Brazil, as the project’s financial intermediary.

In order to mitigate the credit risk of energy efficiency projects, commercial lenders will benefit from a partial credit guarantee offered by CEF. The guarantee product will be backstopped by a $200 million contingent loan from the World Bank and grants from the GCF and the Clean Technology Fund (CTF) – $195 million and $20 million, respectively –, providing additional credit enhancement by supporting the facility, when needed, to meet its debt obligations to commercial lenders.

Altogether, this financing facility is expected to make more than $1 billion available for urban energy efficiency projects, leveraging the concessional financing being provided by the World Bank and other international organizations.

FinBRAZEEC is expected to serve as a demonstration model for leveraging private sector capital for clean energy investments in Brazil. Once the model is proven, it can be replicated in other countries, and in other sectors in Brazil. Moreover, it will provide an example of how Brazil’s now scarce public-sector resources, particularly those of the public banks, can be used to leverage private sector capital for infrastructure investments.

Currently, while there is private investment in infrastructure, the majority – around 70 percent – comes from public sources, including state banks, where resources are increasingly limited.

Mobilizing private sector investments not only are essential to help Brazil fill its infrastructure gap: without them, meeting the United Nations Sustainable Development Goals (SDGs) targets by 2030 will be much harder. The United Nations Conference on Trade and Development (UNCTAD) estimates that developing countries alone would require annual investments of between 3.3 trillion and 4.5 trillion dollars. About 2.5 billion dollars a year are missing to fill that need.

FinBRAZEEC is expected to help Brazil avoid the equivalent of 12.5 million tons of CO2 equivalent over the life of the project, as well as to help the country meet its goal of improving energy efficiency in the power sector by 10 percent by 2030, set as part of its Nationally Determined Contribution under the Paris Agreement on climate change.

The facility will be complemented by support for technical assistance and project preparation being provided by the GCF, the Global Infrastructure Facility, and the World Bank’s Energy Sector Management Assistance Program (ESMAP).

The project also builds on the experience of another recent World Bank contingent loan for Uruguay’s national power company, which provided the government with a new financial mechanism to mitigate the impact of drought - and resulting decrease in hydroelectric energy generation - on the cost of electricity and on public sector accounts.