Investing in Early Childhood to Break the Poverty Cycle: the Case of Mauritania 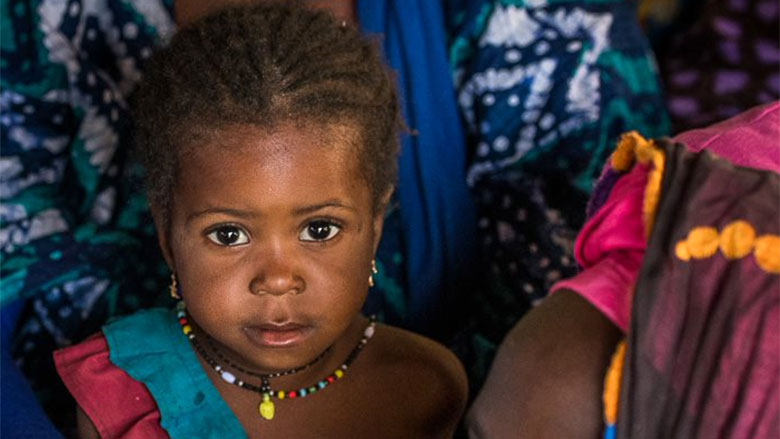 Nouakchott, July 9, 2018—Today’s mood is festive in the village of Bachatt Ould Boughrou, in the district of Moughataa de Mbout in southern Mauritania, one of the country’s poorest administrative departments. Moustapha and Hawa, two social outreach workers, are here to give a course on the benefits of a balanced diet. Women of all ages have gathered in a tent, listening attentively to the young people’s recommendations with their toddlers on their knees.

“What do you want your children to be when they grow up?” asks Moustapha. “Teacher,” shouts one woman. “Doctor,” answers another. “Soldier,” says a third woman. Moustapha and Hawa hope that asking this classic question will get these mothers thinking about the future. “When you feed your children well, play with them, and teach them the rules of hygiene, you guarantee them a better future,” they assure their audience in unison.

Bachatt Ould Boughrou is one of the villages targeted by the Mauritanian Government for the five-year Tekavoul (solidarity in Arabic) social transfer program. Mauritania has invested $10 million from its national budget in the program, and received $15 million in support from the World Bank, $4 million from the UK Department for International Development (DFID), and funding from the French Agency for Development (AFD), which has just invested $2.5 million in the initiative. The purpose of the program is to improve the everyday lives of members of the country’s most vulnerable households, and invest in human capital while giving participants incentives to change their behavior.

Every three months, 22,309 households in six of the poorest departments in the country receive the sum of 1,500 ouguiya(approximately $42). To qualify for their payments, members of each household have to attend social improvement courses (like those given by Moustapha and Hawa) covering a range of topics such as nutrition, hygiene, and early childhood development. “By 2020, the program will have targeted no fewer than 100,000 households and will cover the entire country,” says Mohamedou M’Haimid, coordinator of the National Tekavoul Program.

“One of the program’s stated objectives is to invest in the next generation and break the poverty cycle by tackling intergenerational poverty,” explains Matthieu Lefebvre, a social protection specialist at the World Bank. “So there is both a short-term impact as the households can use the money for their immediate needs, generally for food and basic services, and a longer-term impact whereby households can put aside a little money from these cash transfers to invest in their livelihoods and their well-being. Cash transfers to the poor also have a proven knock-on effect on local economies, so they benefit the entire community,” he adds.

Mariam Samba Sow, a 42-year-old mother of five, has been receiving this type of helping hand for over a year now and conscientiously attends the improvement classes. “I used to neglect hygiene,” she explains. “Now, I encourage my family to wash their hands, I sweep the house, and you can already see the difference in the village because there’s less illness such as diarrhea and skin complaints. I’ve also learned what to give my children to eat to improve their diet.”

Penda Sow, deputy mayor of the neighboring village of Forum Gleita, believes the program has had a dual impact: it gives women (the program’s main recipients since they are the ones looking after the children) a certain amount of financial independence to provide for their children’s needs and allow them to grow.

The Tadamoun agency in charge of managing the Tekavoul program makes sure that the transfers are efficient and secure with a network of agents using portable terminals to make the payments. Each recipient has a smart payment card.

Yet Tekavoul  is just one of the three pillars of the social safety net system support project, which includes the deployment of a social registry or database, set up in 2015 to identify the poorest households in Mauritania and improve social program targeting. This registry is used by a host of development players such as the NGO Oxfam, the World Food Program (WFP,) and the Food Security Commission (CSA). The project also supports a shock response mechanism called Almaouna (emergency assistance), run by the CSA to provide unconditional seasonal cash transfers that target households hit by shocks such as drought.

A total of 1,014 households have already benefitted from emergency assistance in the department of M’Bout, with each beneficiary receiving 34,000 ouguiya (approximately $95) per month during the lean season, when food reserves are depleted and the harvest has not yet begun. This year, 3,537 households in the drought-stricken neighboring department of Barkewol will receive these “shock-responsive” cash transfers. This financial assistance will mean, for example, that recipients will not have to sell their livestock and will be able to hold on to the few possessions they own.

As Lefebvre, the Bank’s Task Team Leader for the project, puts it: “The ultimate aim of the social safety net system in Mauritania is to use a set of programs and tools to break the poverty cycle by tackling certain structural causes of economic and social vulnerability.”