No Stone Left Unturned: Inspiring a New Generation of Entrepreneurs in Mauritania 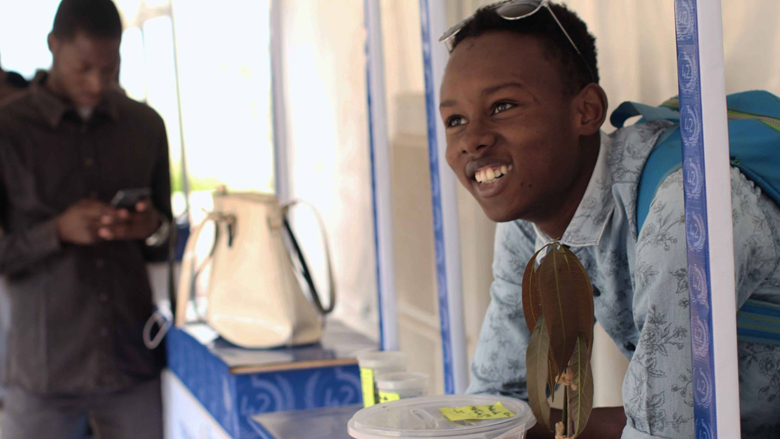 Moustapha Sall, member of the #Mauricompost team who participated in the Entrepreneur’s Marathon, working at his stand.

In 2016, old friends Babah Salekna El Mousapha and Mohamed El Moctar Abdelahi Khattar launched a start-up, the Mauritanian Typha Charcoal Manufacturing Company (SMICT), to convert Typha leaves and gum arabic into green briquettes. “Our business before was transporting charcoal and gum arabic from rural areas to the capital, Nouakchott. That’s how we got the idea to manufacture our own charcoal from gum arabic,” said Babah.

In Mauritania, many young, innovative people like Babah and Mohamed are looking at entrepreneurship as a source of employment and income: A 2013 study by the Mauritanian Center for Policy Analysis conducted among Mauritanian students found that 75% of them intended to start their own company. Despite the enthusiasm, however, just 22% felt adequately prepared to launch a business.

To help aspiring entrepreneurs match their ambitions with the skills and resources they need to start a company, last year, the World Bank Group in collaboration with Mauritania’s Ministry of the Economy and the implementing incubator Hadina RIMTIC launched the Entrepreneur’s Marathon — a business competition designed to identify and support a pipeline of new start-ups while also raising awareness of the opportunities that entrepreneurship can bring.

To promote the initiative, the Entrepreneur’s Marathon’s included an extensive outreach and communications campaign across the country — the Entrepreneur’s Caravan. The name “Caravan” was inspired by the historic trans-Saharan trade routes between the Sahel and the Mediterranean that propelled the entire region to great wealth in the Middle Ages. With the same entrepreneurial spirit and desire to open new markets, the Entrepreneur’s Caravan kicked off in the capital city of Nouakchott and continued across six regions of the country, including several stops in rural areas — Rosso, Aleg, Boghé and Kaédi — where traditional agricultural and pastoral practices have been under increasing threat from drought and desertification.

The Caravan targeted the communities most affected by climate change, encouraging them to identify locally relevant solutions to their most pressing challenges. In Aleg, for instance, the team worked with local women’s cooperatives and public institutions, including the Governor’s and Mayor’s offices, while in Rosso, the Caravan brought together local entrepreneurs, representatives from the Ministry of Youth, local radio, and a women’s rights organization.

The Caravan not only publicized the competition but also established local networks, for example at universities, to provide information to potential candidates and support them in the application process.

“The outreach campaign was really useful; the explanation, the workshops, the people who presented. It helped a lot,” said Babah Salekna El Mousapha from SMICT.

An extensive media campaign underpinned the Caravan’s series of public events and included advertisements in the country’s major news websites, radio, and television networks, as well as merchandise and social media marketing — Facebook, Twitter, YouTube — in both French and Arabic. The campaign created significant engagement among local entrepreneurs, with over 2,800 people attending the Caravan’s events, 50,000 people reached on social media, and over 20,000 views on the Marathon’s Facebook page — not a small number for a country of just 4.3 million people.

At the end of the Caravan, 21 start-ups were invited from a pool of over 200 applicants to join the Marathon and access training, coaching, and other incubation services. After eight weeks of incubation, four winners were announced and received an award of $2,800.

"The Entrepreneur’s Caravan could prove to be a model for future engagement with aspiring entrepreneurs. We are glad that more than 2,800 people attended the Caravan and got a step closer to realizing their entrepreneurial aspirations."
Ganesh Rasagam
Practice Manager for the Finance, Competitiveness & Innovation Global Practice at the World Bank Group 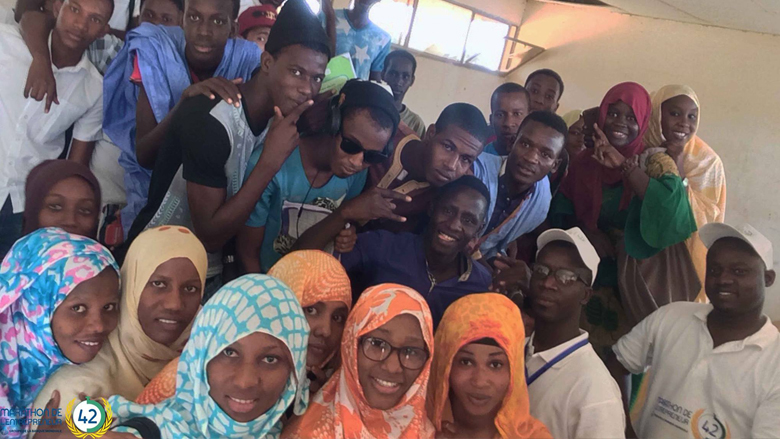 Given the country’s increasing vulnerability to the effects of climate change, many of the winners focused their efforts on addressing climate-related challenges affecting their own communities, particularly in the energy and agriculture sectors. The winning projects include a refrigeration system powered by solar energy, a solar lamp for rural communities made of recycled materials, a manual drill that can reach water up to 40 meters below ground, and innovative applications of local materials (including Typha) to reduce the cost of construction and farming.

Through the Marathon, the World Bank Group has been able to analyze the journey of these innovative entrepreneurs and gather crucial insights on the challenges they face and the areas where coaching and training are most needed. The lessons learned have informed the design of a second edition of the Marathon, which will be implemented with the incubator iLab under the Youth Chamber of Commerce. This year’s Caravan is set to kick off next week, with a launch event on July 4.

The Entrepreneurship Marathon was launched through the World Bank Group’s Green Competitiveness Launchpad, an initiative sponsored by UK Aid from the government of the United Kingdom to help design and implement activities focused on promoting growth-oriented enterprises and business solutions to climate change. This year’s competition was developed under the IFC Investment Climate and Entrepreneurship program with financial support from the Government of Japan.