Altantsetseg lives in Ulaanbaatar’s Songinokhairkhan district ger area which experiences one of the highest levels of air pollution in Ulaanbaatar during the winter. A single mother, she moved here more than 10 years ago from a nearby province in search of a better life for her children.

“It wasn’t easy to look after your household and children alone in the province. My older son now has a job in the city, while I look after my younger son at home. Living in proximity to hospitals and other services in the city helps in many ways,” – she said.

Migration to Ulaanbaatar has increased the population by 55% over the past fifteen years. Today, more than half of residents, over 790,000 people, live in ger districts that mainly burn coal and wood to stay warm, intensifying air pollution.

Ger districts are named for their abundance of traditional Mongolian gers or yurts, but many residents like Altantsetseg live in detached houses. In 2016, Altantsetseg’s was one of 200 households that participated in a home insulation program. Following recommendations by energy specialists who visited her house, the program paid for the specific home insulation products she purchased on the local market for attic insulation, door and window caulking, and insulated siding. In 2015, she also purchased a certified low-emission stove with a US$70 subsidy under Ulaanbaatar’s clean stove program. Together, the clean stove and energy efficiency measures reduced energy consumption in her house by over 50% during the winter of 2016-17, saving the family 720,000 MNT (US$300). 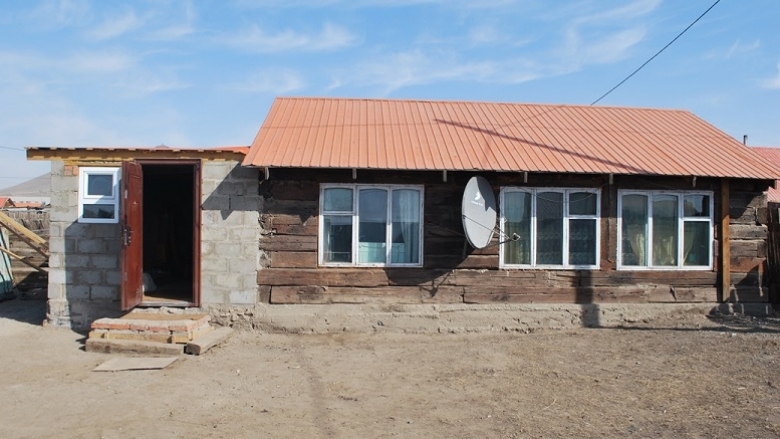 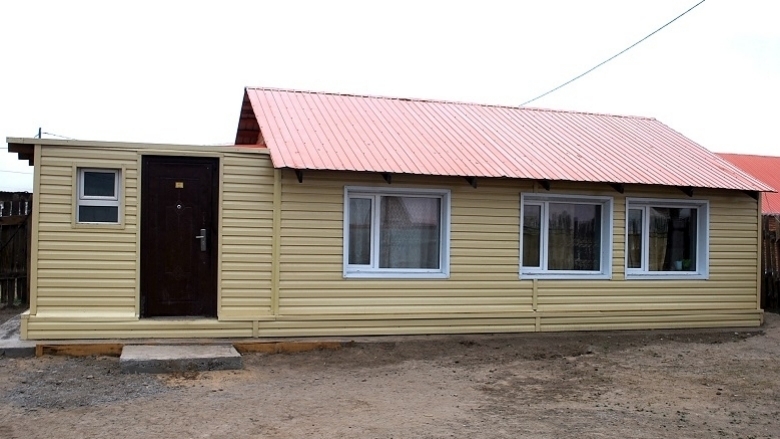 "Insulating my house brought big changes to my life. It is so much warmer and comfortable for me and my family. In October we purchased one truckload (1 ton) of coal. Now in the middle of January we still have more than half of that. Before we used 3-4 truckloads per winter. These are huge savings in our budget." 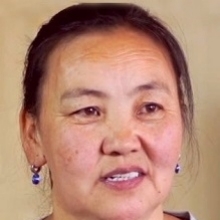 It’s below minus 20 degrees Celsius (-4 F) in Ulaanbaatar in January. But inside her house, it is above 20 degrees (68 F) as the family gathers around the table for dinner.

“Insulating my house brought big changes to my life. It is so much warmer and more comfortable for me and my family,” said Altantsetseg. “In October we purchased one truckload (1 ton) of coal. Now in the middle of January we still have more than half of that. Before we used 3-4 truckloads per winter. These are huge savings in our budget.”

The estimated emissions from her new stove are also about 98% less than those generated by her old traditional stove.

Home insulation and clean stoves are among the interventions financed by the World Bank under the Ulaanbaatar Clean Air Project (UBCAP). Between 2010 and 2015, some 175,000 clean stoves were distributed to ger area households with subsidies provided by the Mongolian Ministry of Energy, the City of Ulaanbaatar, the Millennium Challenge Corporation, and the World Bank. During program implementation, which at the time was the only large-scale air quality intervention in the city, average levels of air pollution (PM2.5) dropped steadily in Ulaanbaatar between 2011 and 2015. 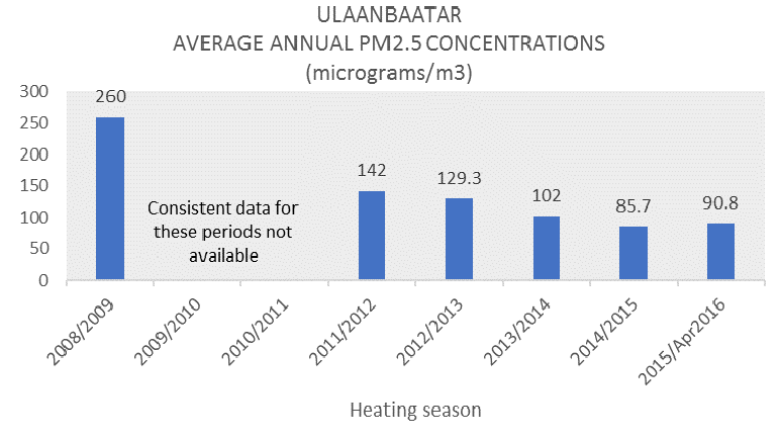 Despite these gains, air pollution has held steady or worsened since 2015 due to a lack of regulations and enforcement of clean stoves and boilers, coupled with the continued population increase in ger areas. A recent survey undertaken by UBCAP found that more than half of ger area households still heat with traditional and highly-polluting coal stoves and low-pressure boilers.

Today the city maintains some of the highest air pollution levels worldwide, where ger neighborhoods commonly experience winter PM2.5 concentrations more than 100 times the World Health Organization (WHO) 24-hour guideline. Given the seriousness of the situation, the United Nations Children’s Fund (UNICEF) has called for emergency measures to address air pollution impacts.

A larger and more concerted effort to tackle air pollution is needed in Ulaanbaatar. While some ger neighborhoods and households can be connected to the city-wide district heating system, district heating is typically expensive in ger neighborhoods due to inadequate population and housing density. Steep terrain typical of these areas further limits the installation of pipes and substations. A study supported by the World Bank is underway to help identify priority investment programs in improving and expanding Ulaanbaatar’s district heating system over the short, medium and long term.

Electric heating – including electric thermal storage (ETS) heaters, heat pumps and other renewable energy applications – must also be part of the longer-term solution. However, currently less than 5% of ger area households use electricity for heating given the relatively high upfront cost of electric heaters and uncertainty on future nighttime tariff discounts. The electricity distribution network also needs to be upgraded to handle higher heating loads. An ETS heater that can make use of Ulaanbaatar’s excess nighttime electricity and radiate it during the day provides a promising clean heating solution to utilize the excess electricity (including from wind) on winter nights.

Poverty and a shortage of affordable housing remain constraints to ger residents moving into multi-unit buildings with clean heating. An estimated 45% of ger area residents have incomes below the poverty line, while their expenses for heat and other urban services are typically higher than for apartment dwellers in the city.  Housing policy – including access to credit by ger residents – will help families move to multi-unit buildings with access to modern urban services.

It is clear that no one option can solve Ulaanbaatar’s air pollution problem in the short term. The electricity and district heating systems in ger areas need to be expanded, as does the supply of affordable housing. Energy efficiency measures can significantly reduce the amount of coal (and electricity) consumed by ger households and such programs should be expanded together with commercial bank credit. Recognizing that coal will continue to be the primary heating fuel in ger areas for the next 5-10 years, the Government is currently focusing on improved coal, such as semi-coke briquettes, and have banned the use of raw coal beginning in 2019. Because improved fuel alone will have limited benefits for air quality if households continue to use traditional stoves, it is essential that clean stoves and boilers be part of the near-term solution.

If government and donors are able to make progress on all these fronts, Ulaanbaatar can improve quality of life not just for ger residents but for everyone in Ulaanbaatar.