Madelyn Antoncic: Pushing the boundaries and inspiring innovation at the World Bank Treasury 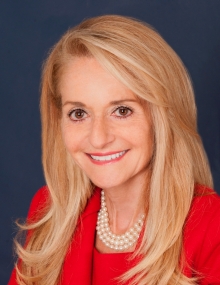 Before sitting down to tell us about her time as VP and Treasurer, Madelyn Antoncic walked the Treasury floors, greeting her former colleagues just as she did every day when she was leading the team.

“I just love inspiring people and unlocking their potential for innovation. Life is far too short not to spend time walking around and interacting with people - and of course having fun at the same time”, she says as she hugs and jokes with everyone in sight. Three years after leaving the World Bank, she is still greeted as one of our own.  An Economist by training, Antoncic started her career at the Federal Reserve Bank of New York before moving to Goldman Sachs and later to Lehman Brothers, the Wall Street firm that collapsed because, as reported by Reuters at the time, ‘it placed too many bad bets’ which Antoncic had warned them against although her warnings went ignored.

“The Lehman collapse was, to say the least, a very interesting experience. A lot of lessons were learned,” she says. Along with a few other senior ‘Lehmanites’ Antoncic, then Chief Risk Officer, recalls being sidelined by the firm a year-and-a-half before its collapse when she expressed unease to the firm’s top brass that they were playing too fast and too loose.

When, in 2011, she received a call from a search firm inviting her to apply for the position of Vice President and Treasurer of the World Bank, she did not know what to expect. However, when she found out more about the breadth of Treasury’s development and other work in addition to its financial work, she found the prospect of leading Treasury extremely interesting and compelling.

Coming to the World Bank Treasury as an outsider from Wall Street, Antoncic says she wanted to be able to use her broad background and deep knowledge of the capital markets to work with developing and emerging economies.  Antoncic noted that she had been working in the capital markets which are key to economic growth in the developed world all her life and was keen to turn her attention to the developing and emerging economies.  Antoncic set three simple goals for herself when she joined the World Bank. The first was to mentor and inspire a team of very smart and talented professionals. Her second goal was to unlock the energy within her team and do more innovation to serve the member countries. And her third goal was to leave the World Bank Treasury in a better shape than she found it.

Antoncic believes in the importance of recognizing that well-functioning financial and capital markets are the real key to economic growth. This recognition is essential for an economist and something this Treasurer held dear throughout her tenure.

“Capital markets spur economic growth.  They are the conduit through which innovation can increase productivity that creates economic growth and increases living standards”, she says.

"Innovation does not come by sitting in a room all by yourself. One of the things that Treasury does well and should continue to do is to engage very closely with the client countries, talking to them and finding out what their concerns and constraints are, and engaging with financial markets to test investor appetite and demand for these hedging ideas. And then collectively the team is able to find the best solutions to the problems."
Madelyn Antoncic
Former World Bank Treasurer, 2011-2015 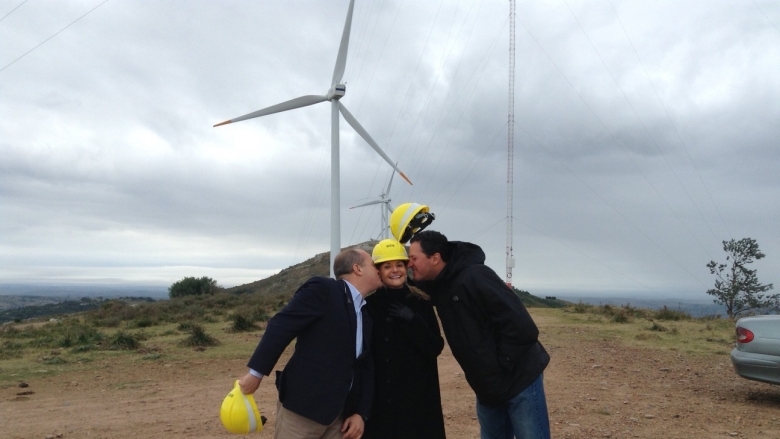 The two most impactful innovations while Antoncic was at the helm pertain to climate-induced weather and commodity hedges, such as the Uruguay hedge transaction and the establishment of the capital at risk note program which can help countries hedge against any non-market risks.

In 2012, Uruguay had a significant drought. At that time close to 85% of the country’s power was hydro generated. The combination of a severe drought and high energy prices led to a $450 million shortfall in the national budget, resulting in raised prices for consumers. To address this, Uruguay had to issue debt. So, the government came to the World Bank Treasury for help. Initially there was big push back from the Treasury team, since they had no prior experience with similar issues or solutions. Antoncic worked her magic and encouraged the team to take it one step at a time, looking carefully at the issues, to try to find a workable solution before giving up. Three years later, under her leadership, the World Bank Treasury executed the first ever weather and energy derivative transaction in the world. It was also the largest transaction at $450mm. The financial press even called it a ‘revolutionary transaction.’ “It was very, very powerful and rewarding”, says Antoncic, who received calls from other countries which realized the impact of Treasury’s work and wanted the same kind of assistance.

The second big initiative that Antoncic is very proud of is the establishment of the capital at risk note program. This laid the groundwork and created a framework for hedging and mitigating against various types of risks. As long as one can define a risk and set parameters which are observable and measurable, one can use this structure to hedge any risk.  It is through this program that the World Bank issued its first ever catastrophe bond in June of 2014. This was a transaction designed to help provide earthquake and hurricane coverage for a group of 16 Caribbean island nations over three years. Speaking to the Financial Times in June 2014, Antoncic was quoted as saying: “Catastrophe risk was previously in swap or reinsurance form. Doing it in the capital markets creates transparency and much better pricing for the insured, in this case the 16 countries."

Antoncic’s vision and this transaction set the groundwork and paved the way for other transactions, such as the first-ever Pandemic Bonds, and the largest ever $1.36 billion Pacific Alliance catastrophe bonds for sovereigns, as well as for others yet to be executed in the future.

During her time as Treasurer, Antoncic did not only push the boundaries, but she always considered the risk versus the benefit element, given her strong risk management background. “What you need to do is take risk in a smart way. You need to be able to measure the risk and be prudent about it. There are certain kinds of risks that you never want to take. Reputational risk is one of them, where you spend your entire life building your reputation and it takes three seconds to destroy it.  There are certain things that are non-negotiable and exposing yourself or an institution to reputational risk is one of them. In other cases, you always need to look at what’s the risk versus the benefit.”

From 2011 to 2015, Antoncic oversaw the management of $140 billion in assets, including the World Bank Group’s $22 billion pension fund. She also supervised the World Bank’s $135 billion derivatives portfolio along with the funding program, the Bank’s capital management. As Treasurer she also ran several other technical assistant and development programs, including engaging with client countries on central bank reserves management, debt management, banking and risk management solutions.

“I am very proud that I spent time with each and every one of the departments within Treasury and that I had a positive impact on each one,” said Antoncic.

When asked about whether it is getting harder to innovate now that Treasury has been originating ideas for the past 70 years, Antoncic says that she doesn’t think it is harder to innovate as she believes there is no limit to innovation. She also noted that in a world where overall yields are low and investors are looking for investment opportunities, this is a perfect environment for the World Bank to continue to innovate.   “But innovation” she says,” does not come by sitting in a room all by yourself.  One of the things that Treasury does well and should continue to do is to engage very closely with the client countries, talking to them and finding out what their concerns and constraints are, and engaging with financial markets to test investor appetite and demand for these hedging ideas. And then collectively the team is able to find the best solutions to the problems.”

As we wrap up our conversation, she concludes: “You know, once you're at the World Bank and do such important things, really nothing compares.  And that’s the reality.”