Skip to Main Navigation
This page in:_
FEATURE STORY May 8, 2018 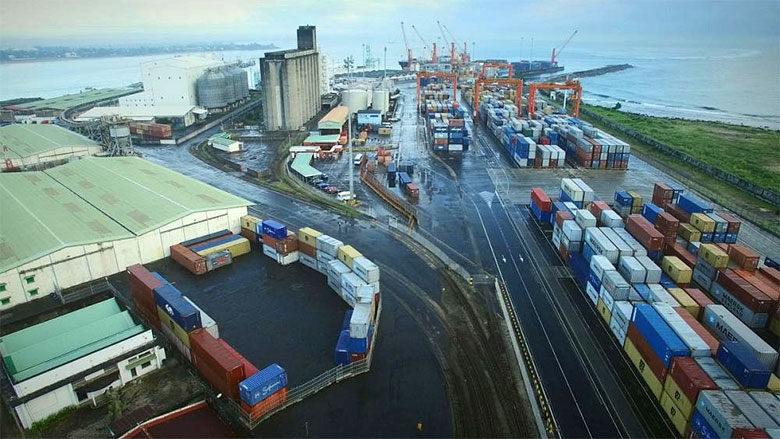 The port of Toamasina is Madagascar’s largest port and handles 75% of the country’s freight operations.

ANTANANARIVO, May 8, 2018—At 7 a.m. sharp, Noro Miangola Razanamiandrisoa opens her office and gets ready for her day. Noro is a customs inspector at the port of Toamasina, the largest port in Madagascar, which handles 75% of the country’s freight operations. She is one of 10 customs inspectors working under a performance contract, an approach introduced by the Customs Department in 2016. The aim is to increase customs revenues, which already account for 44% of the country’s tax revenues. In May 2017, Noro was named the best-performing inspector of the year.

A feeling of contributing to her country’s recovery

“I took it as a personal and professional challenge. With the performance contract, I became more conscientious, more meticulous, and more attentive. Even though it’s very demanding—I arrive at my office at 7 a.m. and do not leave until 8 p.m., for example, and I often skip lunch—I decided to renew my contract because I find it very motivating to be able to tell myself that I am contributing to the overall effort to increase the country’s revenues,” she says.

Introduced after several months of consultations between customs inspectors and customs management, the performance contracts aim to improve inspectors’ individual efficiency in their daily work by setting clear objectives and measuring the results achieved. They also provide for incentives, sanctions, and rewards. The contract includes seven objectives, including speeding up customs clearance times, strengthening controls, and improving fraud detection.

“Since 2013, joint analysis of mirror statistics by the customs administration and the World Bank has enabled us to see the amount of tax revenue the administration was losing, while also improving risk analysis. The losses were in the neighborhood of 30%, an alarming figure that prompted us to take a closer look at the human resources dimension in the Customs Department,” explains Eric Narivony Rabenja, Director of Customs.

In 2015, after identifying the reasons for the revenue loss, the Government decided to step up customs reforms with a view to boosting revenue and fighting fraud. The reforms have two priority objectives: expediting customs clearance procedures and improving human resources management. The port of Toamasina, which alone accounts for three-quarters of the country’s customs revenues, was chosen as a pilot site.

The introduction of performance contracts, the reduction of clearance times, and other elements of the reform have already yielded encouraging results. In the space of two years, from 2015 to 2017, the customs revenue collected at the port of Toamasina rose by almost half, a gain of more than 400 billion (about $100 million).

Customs clearance times for imports have also been reduced considerably. The reform has led to a decrease in the number of physical inspections, while also enhancing fraud detection and reducing under-invoicing, generating an additional 12 billion ariary ($3 million) in revenue from customs fines between 2015 and 2017, including 8 billion ($2 million) from 2016 to 2017. It has also led to equitable treatment of importers, thereby helping to improve perceptions of Malagasy customs in the private sector, which has seen a decline in unfair competition.

“There has been an undeniable change and this is reflected in the market. For those of us who produce condensed milk, for example, we can see that prices of imported milk on the market have risen and are all about the same, unlike in the past. This indicates that more effective customs controls are being put in place and there is fairer treatment by customs authorities. I think performance contracts have been an important part of this change because customs inspectors have been encouraged to do their jobs more rigorously and properly. Customs wins if all inspectors and other customs personnel are applying the same approach,” said Philippe , General Manager of the agri-food company . 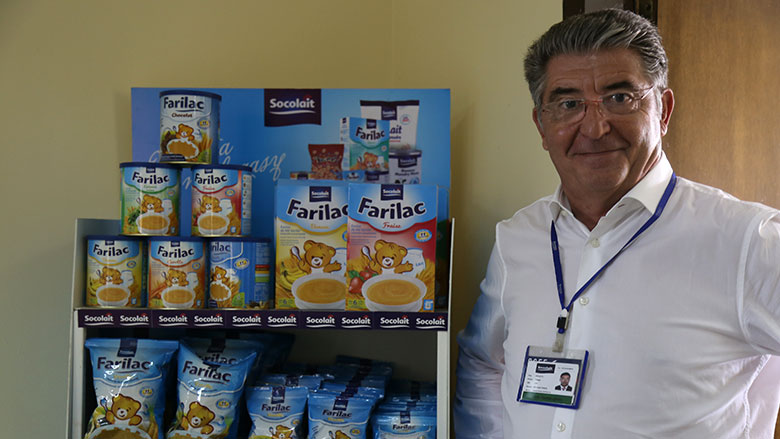 Philippe is general manager of the agri-food company . Established in 1971, the company employs 220 people and has a network of 11 collection centers involving more than 1,400 farmers. Photo: Diana Styvanley, World Bank

A gradual and ongoing process

This customs reform, including the implementation of performance contracts, is being supported technically and financially by the World Bank through the Public Sector Performance Project (PAPSP). The project’s main objective is to improve the management of public revenues in order to enhance the delivery of public services at the local level.

“It's important to understand that performance contracts are part of a gradual reform process. To successfully implement such an instrument, you must rely on quantitative analysis in order to identify and grasp the extent of bad practices. In addition, it is important to maintain an ongoing dialogue between the World Bank team and the Customs Department and its reform team in a climate of mutual trust. It is equally important to ensure dialogue internally and with the private sector,” explains Gaël Raballand, a governance expert at the World Bank. “Bad practices evolve, and performance contracts must therefore also continuously evolve. Furthermore, each office and division (within the Customs Department) has specific characteristics and this must also be taken into account. The preparation of contracts is just as important as monitoring performance under them.”

After this successful trial, the Government is gradually extending the use of performance contracts to other services within the Customs Department that play a key role in the customs revenue collection chain. The practice was introduced in the customs office at Ivato Airport in January 2016 and the Anti-Fraud Service in September 2017 and will be implemented at the customs office at the port of Mahajanga in 2018.

Beyond its border and security role, customs is closely linked to a country’s development because it generates financial resources that keep government departments running and enable them to provide quality public services to citizens. Transforming Malagasy customs into a modern tax administration system, a source of revenue for the and a partner for businesses possible with qualified and motivated human resources!