Investing in Human Capital in Tajikistan and Mozambique - Sharing Lessons 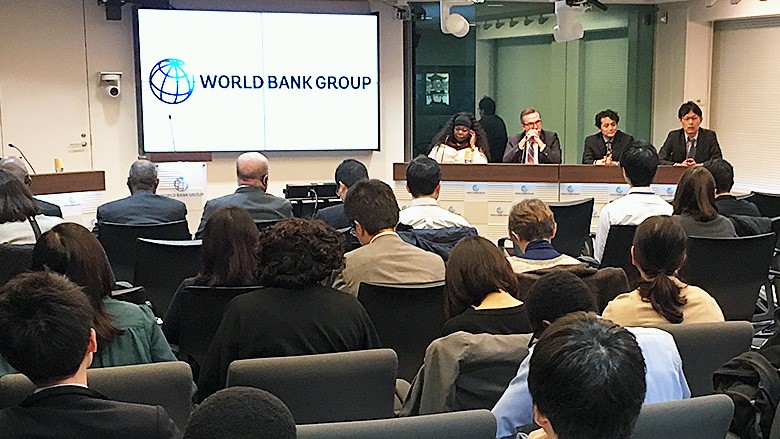 On November 15, 2017 DFi partnered with World Bank Tokyo Office and organized the 10th seminar on “Japan Social Development Fund (JSDF): Investment in Human Capital in Tajikistan and Mozambique.” The sessions highlighted the achievements of two JSDF projects -  Tajikistan Nutrition Scale-up and Mozambique: Maputo Peri Urban Sanitation by bringing together key stakeholders involved in the project to disseminate knowledge and share lessons.  The event also  included an exhibit of various crafts and items produced under JSDF-supported projects.

The project beneficiaries expressed appreciation and gratitude to the Government and People of Japan for providing the JSDF funding which has made a transformative impact on their livelihoods.

The project presentations were followed by questions and answers between the Japanese constituents and the beneficiaries.  The seminar was conducted in four languages – Russian, Portuguese, English and Japanese which is a testament to the global reach of Japan’s international development assistance.

Development Objective: The grant of $2.80 million aims to improve health and nutrition status among children less than five (5) years of age and pregnant and lactating mothers in the 14 districts affected by the food price shocks in Khatlon Province.

Development Objectives: Maputo Peri-urban Sanitation project valued at $1.78 million aims to improve the sanitation conditions and practices of about 140,000 people in 11 unplanned peri-urban neighborhoods of Maputo. The benefits of improved sanitation in densely populated low-income areas extend beyond the household: impacts on the cleanliness and hygiene of the local environment are hugely significant for community health wellbeing.