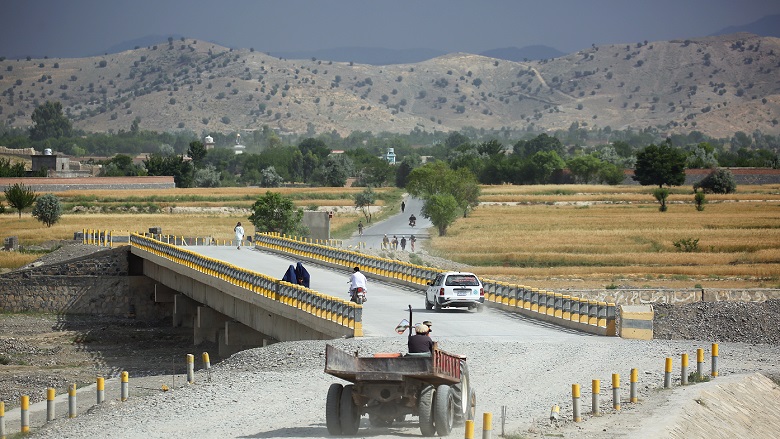 The construction of Zakokhil bridge over the Lakan River, spanning 140 meters and connects Lakan Kamar village to Khost center, has eased local residents connnectivity from one side to the other side of the river even during rainy season, which previously had gotten lives of many while crossing river due to heavy flood.

KHOST CITY – Cars drive by the crowded area near the local mosque, close to Zakokhil bridge. Amidst the crowd stands Sakhi Jan Sarhadi, 70, a retired government official living in Lakan Kamar village. He is recalling the hardships the villagers faced before the bridge was built.

“Before the bridge was built in this village, people had lots of problems crossing from one side to the other side of the river, especially patients,” Sakhi Jan Sarhadi says of Zakokhil bridge over the Lakan River.

Sarhadi recounts how some people died during the floods before the bridge was built. At that time, Lakan Kamar villagers faced difficult challenges during winter and the beginning of spring. During the rainy season, crossing from one side to the other side of the river became a difficult and dangerous task.

The bridge, Sarhadi says, has resolved these problems, including reducing transport costs to Khost city center from 200 afghanis (about $3) to 50 afghanis. “We used to go to other villages far from ours and pass the river, but after the bridge construction it costs us only 50 afghanis to reach Khost center.”

Nomar Shah, Head of the Public Works Directorate in Khost Province, reaffirms the difficulties villagers had earlier: “People had lots of problem reaching their destination, especially students and patients. They had to spend a lot of time to reach the center of the province.”

"Before the bridge was built in this village, people had lots of problems crossing from one side to the other side of the river, especially patients."
Sakhi Jan Sarhadi
Lakan Kamar village, Khost Province 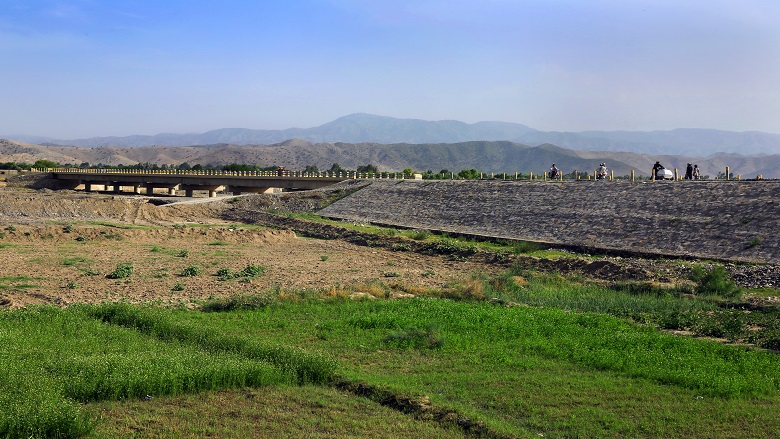 As a result of Zakokhil bridge construction in 2014, more than 13,000 Khostis can now enjoy improved access to basic services and markets. This has also resulted in encouraging parents to send their childern to schools.

Sarhadi and other villagers are thankful for the bridge that was built by the Afghanistan Rural Access Project (ARAP) in 2014.

ARAP, implemented by the Ministry of Public Works, is a follow-on project of the National Emergency Rural Access Program (NERAP). It is supported by the International Development Association (IDA), the World Bank Group’s fund for the poorest countries, and the Afghanistan Reconstruction Trust Fund (ARTF).

ARAP started its work in the southeast zone of Afghanistan in 2012, covering the four provinces of Khost, Paktika, Ghazni, and Paktia. The project has constructed eight bridges in Khost Province, four of which were financed under ARAP and the others by bilateral donors. It is planning to build five more bridges in the province over the coming years. 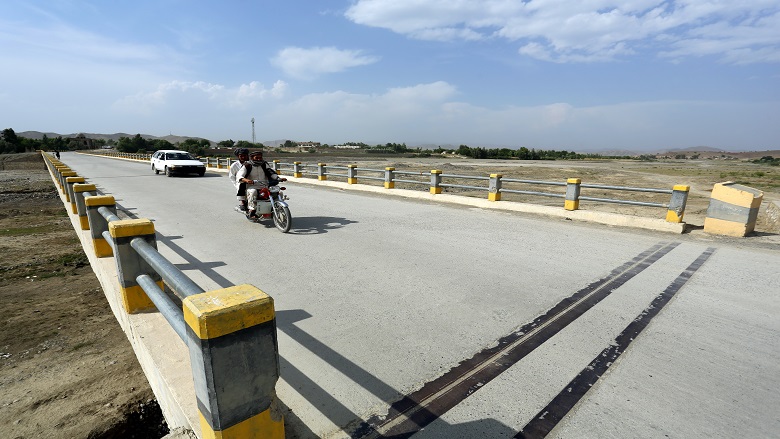 Zakokhil bridge has also been a boon to farmers and villagers in another way—by preventing farmlands in the area from being flooded. Ahmad Noor Ali, a teacher in Lakan high school, could not use his land beside the bridge previously. “When there was no bridge,” he explains, “I was not able to cultivate my farmland because it would be flooded every year.”

Ali now uses his land to cultivate crops for his family. “Now that I can cultivate my farmland, it has helped me to have a better life as I can grow vegetables and wheat and don’t need to buy them from the market,” he says.

. The school is northwest of the river while many homes are in the southeast. Haji Abdul Wali, 70, another teacher in the village, says: “Before the building of the bridge, I went through so much trouble going to school especially in the last month of winter and first month of spring.”

Although the bridge has resolved some issues, flooding is still a challenge. Villagers have asked for retaining walls to be built. Sayed Walak, 50, says “We have asked if the project could build a retaining wall in both sides of river that would keep the bridge safe.”