What is next for Haiti’s tourism? Improving resilience and creating a new destination in the Caribbean 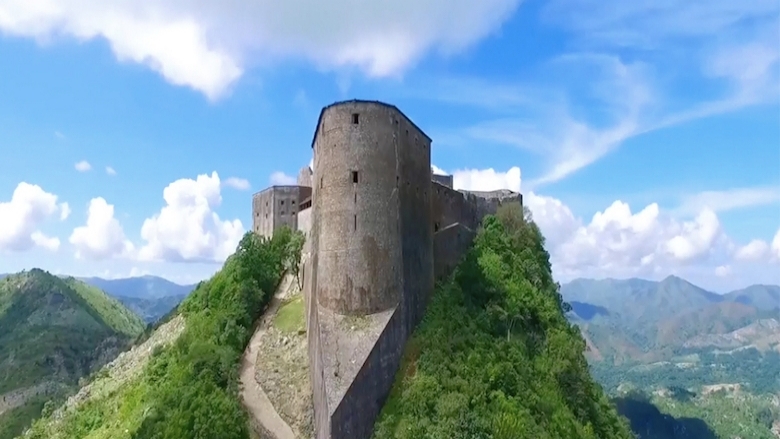 Cap Haitien: A New Tourist Destination in the Caribbean

Every year, half a million tourists flock to the beaches of Labadee, where Royal Caribbean Cruise ships dock for the benefit of passengers yearning for a brief escape to Caribbean shores.

The Atlantic-bathed beach resort is located some six kilometers from the northern city of Cap-Haïtien. It has become a genuine tourist destination thanks to its colonial architecture, it’s delicious ‘’capois’’ cuisine and its proximity to the National History Park, a UNESCO World Heritage Site boasting historic monuments such as the Citadelle Henry, the Sans Souci Palace, and the Milot Church.

Yet, a mere 80,238 tourists visited the National History Park in 2014. While these numbers represent a significant increase in tourism, it pales in comparison to the crowds of tourists lining Labadee’s beaches. For the Royal Caribbean passengers, the opportunity of walking through Cap-Haïtien’s historic city center and visiting the National History Park could stimulate both the development of tourism and the local economy.

“There is a growing demand to develop the North as a tourism destination in a sustainable way and to improving the generation of economic opportunities. With this is mind, the World Bank is supporting the government’s development strategy in the North and finances a large integrated program in the region to provide better delivery services and road connectivity” said Anabela Abreu, World Bank Country Director for Haiti.”

Cap-Haïtien is currently experiencing a high level of urbanization and is home to approximately 290,000 inhabitants, and will reach 330,000 by 2020. As the recently released World Bank report “Haitian Cities: Actions for Today with An Eye on Tomorrow” highlights: urbanization in other countries is often accompanied by economic growth, increased productivity, and improved standards of living. In the case of Haiti, and particularly in the North, the absence of planning remains one of the main bottleneck for the region’s sustainable economic development.

Haitian Cities: Actions for Today with An Eye on Tomorrow

“Cap-Haïtien is trapped between mountain and ocean in a land space of scarcely more than several square kilometers. With virtually all available land space used up, residents are now headed for the mountain slopes overlooking the city, making matters worse. The community lacks the capacity to apply the necessary fixes, which require a much more significant capital, technical, and legislative intervention,’’ says Cap-Haïtien Mayor, Jean Claude Mondésir.

Uncoordinated and unregulated construction, particularly in at-risk areas, increases the city’s vulnerability to soil erosion and flooding, which has been a recurrent problem in the North in the last few years.

To tackle these challenges and put Cap Haitien on the road to resilience and robust tourism in the North, the World Bank is supporting the government’s development strategy for the Grand Nord region through a series of integrated projects in tourism, urban resilience, agriculture, climate investment, energy, health, transport and water amounting to USD 177 million in investments.

Among these investments, the Cultural Heritage Preservation and Tourism Sector Support project is supporting the conservation of the National History Park, upgrading of the historic city center, and supporting the creation of 370 small and medium enterprises providing cultural and tourism services. In addition, the project on Municipal Development and Urban Resilience aims to reduce the risk of flooding in the city center and improve the capacity of Cap Haïtien and neighboring communes to deliver services to city populations.

These investments open new opportunities for people in the North. Watch the video and go on a journey to Citadel Henri to discover Haiti’s rich cultural heritage and economic potential.