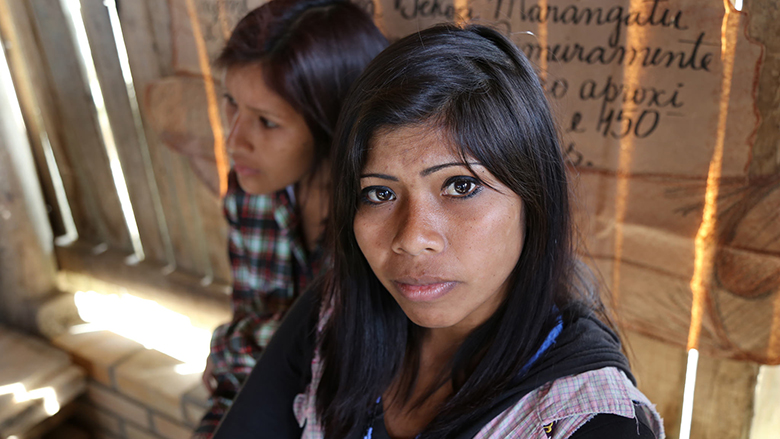 Latin American and Caribbean has reduced the gender gap in education and employment, but violence against women, wage inequality and high rates of adolescent pregnancy taint the progress made.

Being a woman in Latin America and the Caribbean means being among the individuals with the most years of schooling, having gained a foothold in the labor market and having better health coverage than previously.

But for many women, it also means becoming a mother too young, earning less than men, and what is worse, always feeling afraid: 14 of the 25 countries in the world with the highest femicide rates are in the region.

The women of the region live in an environment of sharp contrasts.

More women in school, but not the most educated

Today more than ever, women are in the majority in the classrooms of the region and the difference becomes increasingly obvious as the school years advance.

Nevertheless, education quality is poor and at the level of higher education, marked differences exist in fields of study: in science, engineering and agriculture, the vast majority of students are men.

In terms of health, increased coverage has led to consistent progress in a key area: in 1990, there were 135 maternal deaths for every 100,000 live births; today, that figure has dropped to more than half, to 67.

Although the fertility rate has declined (2.1 births per women), adolescent pregnancy has not decreased at the same pace.

Latin America has one of the highest rates of pregnancy among women aged 15 to 19 (surpassed only by Sub-Saharan Africa): Adolescents give birth to 63 of every 1,000 babies born in the region.  The numbers are even higher in Central America and the Caribbean.

Experts agree that when young women become pregnant and drop out of school, they have fewer options for earning a living, which leads them to have higher levels of dependence and higher poverty rates.

More than half of working-age women are employed in Latin America and the Caribbean. Nevertheless, women’s labor participation has stagnated: since 2006, their labor force participation rate has remained at around 51%.

According to the Center for Distributive, Labor and Social Studies of  Universidad de La Plata, this stagnation suggests that the labor force participation rate has reached its ceiling in the region and that since many men were well-paid during the period of strong economic growth, women opted to engage in other activities.

Now that economic conditions are not as favorable, jobs are reserved for men, leaving many women with low-quality or unpaid employment, and in the worst of cases, with work outside of the formal labor market, according to World Bank experts.

What is more, the mass influx of women in the labor market was not accompanied by a more equitable division of household labor. Experts refer to this as the “double burden,” Compared with men, women spend three more hours a day on domestic chores and earn an average of 10% less.

To promote women’s increased participation in the labor market, improved public policies are crucial. One such policy is to offer more and better child care services, according to the International Financial Corporation.

The region’s biggest debt to women has to do with gender violence.

According to UN Women, of the 25 countries with the highest femicide rates, 14 are in the region. An estimated one of every three women over the age of 15 has experienced sexual abuse. That figure means it has become an epidemic, according to the World Health Organization.

The good news is that the region has made progress in regulating the different laws on gender violence.  Twenty-four of the 33 countries in Latin America and the Caribbean have laws against domestic violence. Even so, just nine countries have enacted legislation to define the many types of violence against women in the private and public spheres.

Solutions on the ground

The gender perspective is beginning to play a leading role in government agendas. The World Bank supports several initiatives in the region to close the gender gap in different areas.