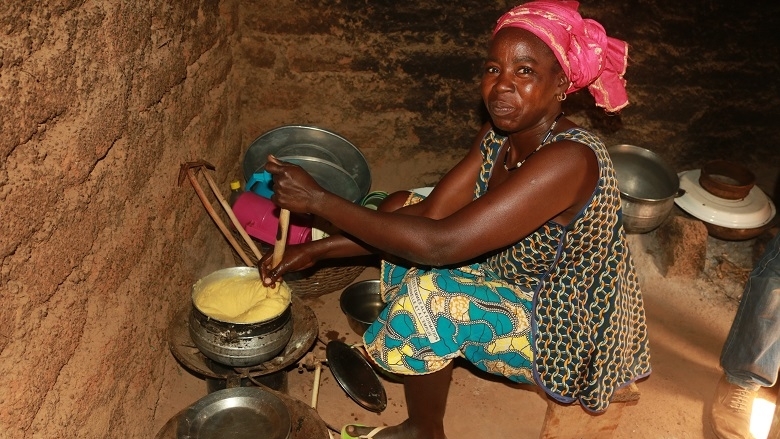 Some households in Burkina Faso, a landlocked country in western Africa, are breathing easier this week. A program that helps farmers install biodigesters in their homes just issued its first UN-certified carbon credits, expanding cleaner cooking in rural areas.

Cooking with biogas generated by the digesters – installed by private companies supported through the World Bank’s Carbon Initiative for Development (Ci-Dev) – reduces this pollution, while also cutting greenhouse gas emissions, combatting deforestation, and improving the livelihoods of farmers.

Here’s how it works: biodigesters are enclosed structures where bacteria break down dung from farm animals or food waste to generate methane gas. This gas rises to the top of the biodigester dome and is then piped to a cooking stove. The nutrient-rich slurry at the bottom of the biodigester is used as fertilizer.

Seydou Diarra is not your traditional farmer in Burkina Faso. He grows maize on two hectares of land and uses four heads of cattle as draft animals. But he also has a household biodigester which produces bioslurry and clean-burning biogas for household cooking and lighting.

Before its arrival, Seydou used chemical fertilizer on his land each year. Now he produces organic compost which he uses to fertilize his maize fields whose yields have increased by a quarter. He sells any leftover compost to his neighbors.

There are other benefits too. Besides the increased yield, another advantage is the increased capacity of the soil to retain rain water. This is especially important during times of drought and just after the germination of seeds, when plants are most vulnerable. Collecting the dung, and mixing it with water takes only 30 minutes per day. Composting takes only one hour per week. The digester also delivers cooking fuel with which the family prepares meals. This helps his wife and children who no longer suffer from smoke inhalation and hours spent collecting firewood. 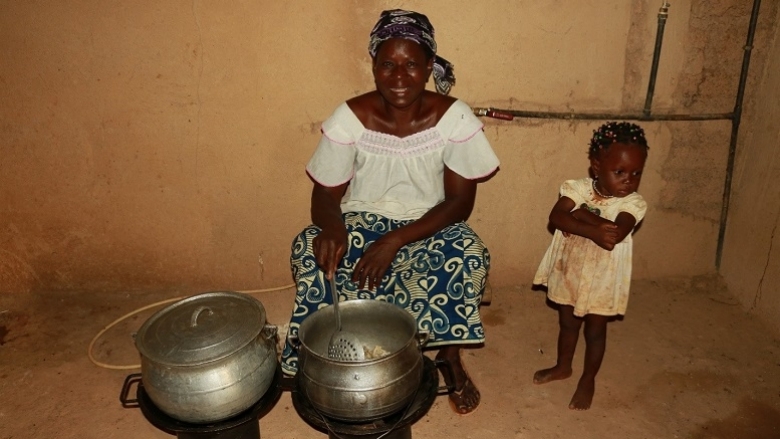 Scaling up across Africa: Making biodigesters accessible and affordable with the private sector

In Burkina Faso, the initiative is led by the National Biodigester Program (PNB-BF) in collaboration with the Dutch development organization SNV and Hivos, a Dutch NGO, reaching 35,000 rural households. As part of his vision to promote a green economy, President Roch Marc Christian Kabore has made a commitment to have 40,000 biodigesters installed in the country by 2020 – and the PNB will help hit these targets. The key is promoting private investment, including the organization and training of biogas construction enterprises run by groups of masons, and then helping them scale up.

The credits are purchased by Ci-Dev, creating a revenue stream that helps the program be financially sustainable. That money is used to help bring down the cost of the biodigesters, extend the product warranty, and cover training costs.

This is a large-scale effort to install biodigesters. Critically, this was the first carbon credit issuance under the UN’s Clean Development Mechanism (CDM) in Burkina Faso. Ci-Dev and its donors (the United Kingdom, Sweden and the Swiss Climate Cent Foundation) are working to increase clean energy access in low-income countries, while also improving their access to carbon financing. This issuance shows that the Ci-Dev approach is starting to work.