A Bridge to A Better Life for Isolated Afghans 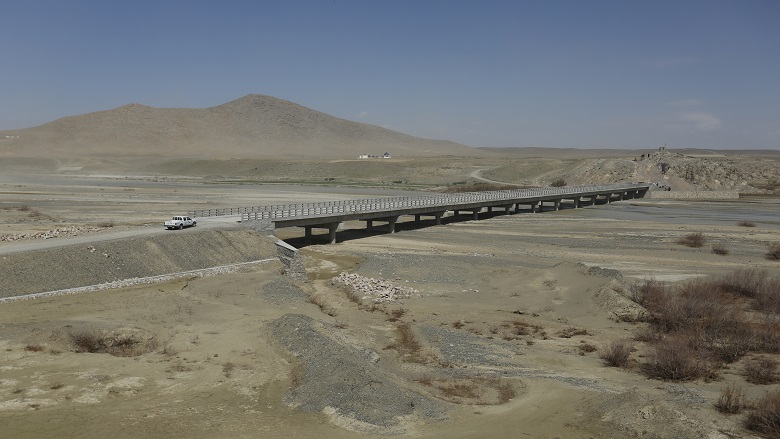 Construction of the 260 meters length and 9 meters width bridge over Arghistan river in southern Kandahar Province has eased access to basic services for thousands of Kandaharis. Now, it takes them four instead of eight hours to reach Kandahar city, while in the past people had to go around for more than 50 kilometers to make it.

ARGHISTAN DISTRICT, Kandahar Province – The sturdy grey concrete structure is suddenly alive with tinkling bells, announcing the arrival of a group of Kuchis (pastoral nomads) herding their flock of sheep and goats. Men and animals cross the bridge over the Arghistan river to a village in a remote and isolated district, a good 100 kilometers away from Kandahar city, the provincial capital.

Shepherd Fida Mohammad, 41, is grateful for the concrete bridge, which has made crossing easier and safer. “Previously, it was dangerous to cross the river, especially when it was stormy. Many animals have fallen into the river,” he says.

The river cuts off the southern part of Arghistan district from the northern part as well as other regions in southern Afghanistan. Without a proper bridge, villagers, mostly in late winter and early spring, struggled to cross the river. The recently built bridge connects the village to the rest of Arghistan district, bringing thousands into the fold of basic essential facilities, like health care and markets.

“Before the bridge, we were not able to cross the river for two to three months of the year,” says Pir Mohammad, 65, a resident of Baqerzai village. Villagers had go around for more than 50 kilometers to reach a health center, he says. Our problems are solved,” says the farmer as he waits by the side of the bridge waiting for the flock of sheep to cross. “Earlier we used to take eight hours to get to Kandahar city, but now we take four.”

"After construction of the bridge, we can all cross the river and reach a health center and other essential services very easily. Our problems are solved." 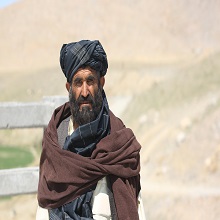 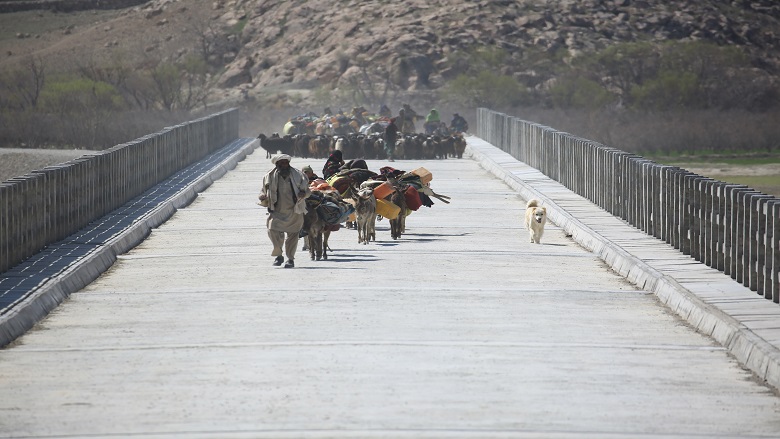 More than 15,00 local job opportunities were created during the two-year construction work of the bridge. Now half a million people are benefiting from the bridge, which connects northern and southern parts of Arghistan district with other districts including Spin-Boldak and Daman in of Kandahar Province. 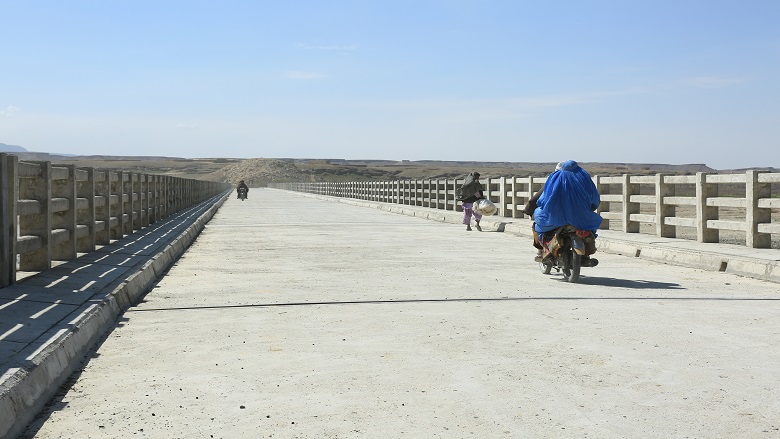 The construction of the bridge over Arghistan river have improved access to basic services and markets. Photo Credit: Rumi Consultancy/ World Bank

Fellow villagers of Pir Mohammad are equally thankful for the bridge built by the Afghanistan Rural Access Project (ARAP) and feel it has greatly eased their lives. Most of them depend on agriculture and livestock for their livelihood, but were not directly connected by a paved road to markets in Kandahar city. The drive there was long and bumpy, and the harvest, especially pomegranates, damaged easily along the way. “When there was no bridge over Arghistan river, we had to sell our products at low prices, but now things have changed and we cross the bridge and come to the paved road. We sell our products at an appropriate price,” says Pir Mohammad, who cultivates pomegranates on his 7-jerib farm (about 1.5 hectares).

Pir Mohammad is one of 500,000 people who are benefiting from the bridge, which not only connects the northern and southern parts of Arghistan district, but also connects it to other districts, namely Spin-Boldak, Maroof, and Daman, in Kandahar Province. Spanning a length of 260 meters and width of 9 meters, the bridge was built at an estimated cost of 162 million afghanis (about $2.4 million). ARAP began construction in October 2013 and completed it by October 2015.

ARAP, which is implemented by the Ministry of Public Works, Ministry of Rural Rehabilitation and Development and coordinated by Ministry of Finance, aims to benefit rural communities across Afghanistan by improving access to basic services and facilities through all-weather roads. It is a follow-on project of the National Emergency Rural Access Program and is supported by the International Development Association (IDA), the World Bank Group’s fund for the poorest countries, and Afghanistan Reconstruction Trust Fund (ARTF).

Boost to the Local Economy

People in the southern part of the district now shop at Arghistan center instead of the neighboring district of Spin-Boldak where they used to purchase supplies. With business booming in the district center, many locals have also become ambitious enough to open shops.

Mahammadullah, 36, a resident in southern Arghistan, has opened a grocery shop in the district center. “Since the bridge was built, I go to my shop every morning and come back in the evening to my home. It is a smooth ride and I have many customers from all over the district and earn enough to take care of my family,” he says as he kicks-starts his motorcycle to go to his shop.

The benefits of ARAP’s work are visible in other aspects of life in the province as well. The projects have generated thousands of employment opportunities for locals, for example, ARAP employed nearly 1,500 locals for two years for the Arghistan bridge construction.

Residents can expect further improvement in their quality of life with plans to further develop the area.  says engineer Fazel Omer, MoPW head of ARAP in Kandahar zone. “With civic infrastructure, such as roads and bridges, being in place, reducing commuting time and providing safer access to markets and facilities, the zone has witnessed a visible improvement in the quality of life for thousands.”