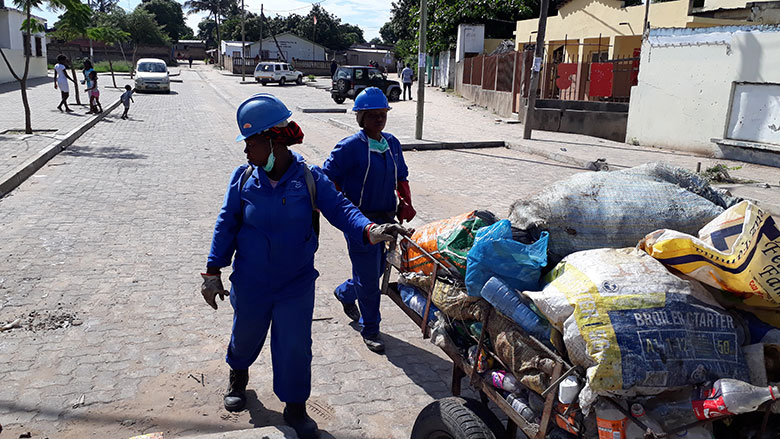 Citizens of Maputo have identified the need to address waste collection as the highest priority with potential to impact positively their lives, according to a recent World Bank-sponsored Citizen Report Card Survey. Poor waste collection is deemed a life-threatening health hazard, polluting the environment and is responsible for several deadly epidemics such malaria, cholera, typhoid fever, among others, which affect disproportionately the poor. Trash and waste also play a critical role in recurrent floods, blocking waterways and clogging drainage systems. Compounding the challenge, Maputo’s municipality-related services relied on 45 different subcontracted companies, leading to poor coordination and inability to isolate responsible parties and triage issues.

With support from the World Bank, a longtime partner with the municipality of Maputo through a series of IDA-funded interventions such as ProMaputo I & II, the municipality developed Monitoria Participative Maputo (MOPA), an innovative digital platform to serve as an interface between citizen and municipal solid waste management services.

The locally sourced, user-centric platform provides an accessible and scalable way for citizens to report solid waste management issues, such as loose or burning trash. In turn, the city council can coordinate an efficient response, and the process also generates valuable planning data that is open to the public, which improves transparency and accountability.

“Thanks to MOPA, it’s possible to identify spots of uncollected waste in our neighborhood and act on them immediately,” said Sebastião João, a MOPA user and resident of the populous Chamanculo neighborhood in the outskirts of town. “This is only possible because people can now notify the municipality in real time, allowing for greater responsiveness, and transparency of the whole process.” 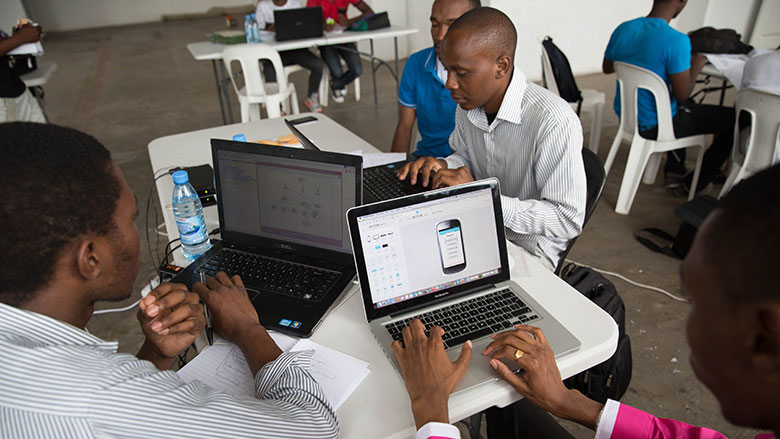 Young entrepreneurs in a workshop producing the MOPA App.

Photo: Courtesy of the Municipal Council of Maputo

An average of nearly 20 reports are submitted each day, resulting in more than one million kilograms of solid waste collected daily in Maputo’s informal settlements. In a little more than one year after implementation, 3,500 citizens have submitted more than 6,800 reports about thousands of locations, and the number of users and submissions are growing. More than 88% of these issues have been resolved, with an average response time of 2.7 days, including the eradication of 186 informal dump sites across the city. Through the combined efforts of this technology with improved informed-based services, the municipality identified, and effectively eradicated, 186 informal dump sites across the city.

“These results represent an enormous increase in efficiency and civic participation,” said Maputo’s municipal councilor Florentino Ferreira, who oversees the waste management in the city. “Before this intervention it was difficult to know what was going on in the narrow streets of most of our informal settlements.”  With MOPA, Ferreira said the citizens become a part of the solution. “Citizens are no longer aliens,” he said. “They are an integral part of the system. They notify us and help us monitor the services. This is changing the mentality and the sense of citizenry in Maputo.”

The tool’s ever-expanding use in poor and peri-urban areas suggests its relevance and impact extends across the city and beyond, said Eva Clemente, World Bank Private Sector Specialist and Task Team Leader for the initiative. “These good results have earned MOPA international recognition as one of the most transparent solid waste platforms in use in the continent that actually improves lives,” she said.

A 2016 United Nations e-Government Survey elevated Mozambique’s standing in its Participation Index after MOPA was implemented. UNESCO selected MOPA as a leading case study for Improved Livelihoods in a Digital World project, exemplifying how human-centered digital tools can help improve lives in poor communities around the world.

With additional funding from the Making All Voices Count program, the platform expanded to 42 neighborhoods, and include a free-to-user mobile app – developed by young entrepreneurs – for citizens to notify the municipality of problems, and track their progress and resolution. The Municipality of Maputo is interested in expanding MOPA to sanitation services and urban traffic issues.