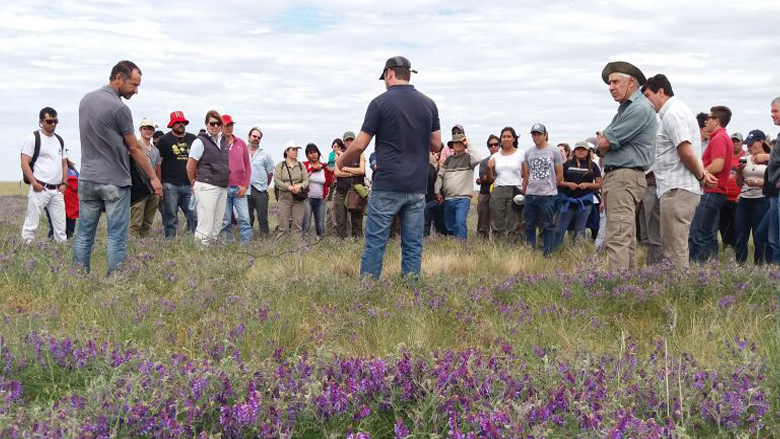 Between the Pampa and the Patagonia region in Argentina there is an agricultural livestock area the size of Belgium which was in the news some years ago when it was facing an extreme drought combined with strong winds that made it comparable to the Sahara desert.

Many know Argentina as a world leader in food production, but they do not know that 80 percent of its lands are considered degraded because of soil depletion. In addition, farmers living in dry and semi-arid areas account for approximately 50 percent of agricultural and livestock production.

“Recurrent droughts combined with unsustainable agricultural practices have caused a serious loss of natural, financial and social capital, which impacts economic opportunities for the rural population and leads to migration to urban areas,” explains Joaquin Etorena, coordinator of the “Increasing Climate Resilience and Enhancing Sustainable Land Management in the Southwest of the Buenos Aires Province” project of the Ministry of Environment and Sustainable Development of Argentina [Ministerio de Ambiente y Desarrollo Sustentable de la Nación MAyDS]. 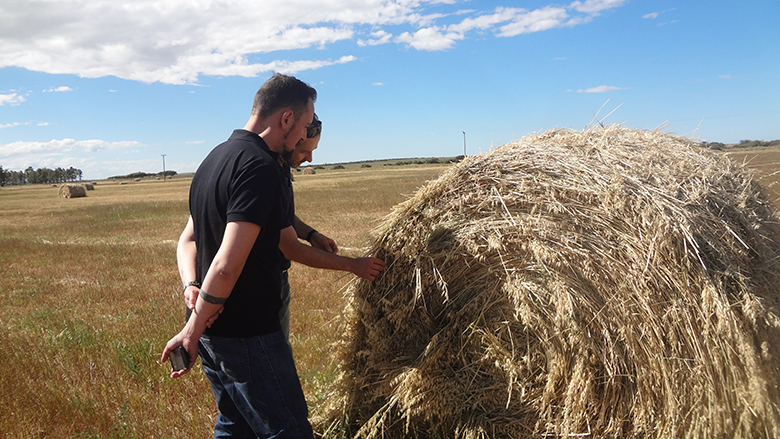 Small farmers in the southwest of the Buenos Aires Province set out to change this goal and with the support of the World Bank pilot project, financed by a grant from the United Nations Climate Change Adaptation Fund and launched by the MAyDS, are implementing sustainable land management practices such as planting perennial legumes to fertilize the soil, or improving irrigation efficiency, with the aim of promoting land restoration and the ability of productive ecosystems to adapt to climate change.

“These actions seek to increase the resilience of productive systems to climate shocks such as droughts or heavy rains, which are becoming more frequent and intense, and at the same time protect farmers’ livelihoods and means of subsistence,” states Tuuli Bernardini, environmental specialist of the World Bank in charge of the project.

Specifically, there are 11 sites where farmers are changing the way they use and manage their lands, rebuilding the soil, restoring grasslands, reforesting, and experimenting with alternative agro-ecological practices, which include the use of technologies to restore saline soils.

"Thanks to the advice we received, we are doing things differently as regards property management in order to improve the quality of the natural grassland. This means we can improve the recovery capacity of the field and, at the same time, guarantee fodder for the animals both in terms of quantity and quality."
Gabriel Demarchi,
A third-generation farmer of Nicolás Levalle, in the province of Buenos Aires.

A key achievement of the project has been the implementation of an Early Warning and Information System [Sistema de Información y Alerta Temprana SIAT] for droughts. Through a network of scientific, technological and local government organizations, short and medium-term periodic agro-meteorological reports are generated and disseminated regularly by radio, local newspapers and social networks to inform about the projected rainfall, the risk of erosion and fires in pasturelands, as well as recommended preventive measures.

According to Agustina Saldias of the Production Division of the Municipality of Patagones, “Droughts had completely degraded the soil. In this municipality we are advocating change to a more conservationist mode of production that guarantees the sustainability of the ecosystem in which we work.”