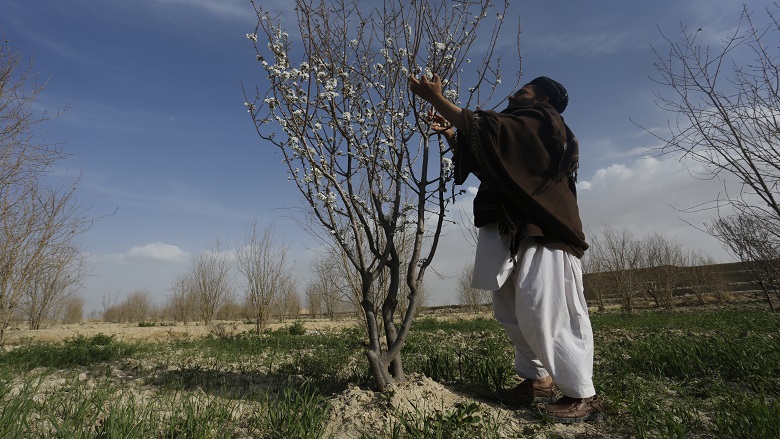 Since 2016, The National Horticulture and Livestock Project has helped establish more than 1,400 jeribs (280 hectares) of orchards, mostly of pomegranates and grapes in Afghanistan's sountern Kandahar Province.   The province is historically famous for its pomegranates and demand has always been high.

DAND DISTRICT, Kandahar Province – It is a bright, fresh day in Roh Abad village and the orchards and farms are being prepared for planting. This day marks Farmer Field School (FFS) day in the village in Dand district of Kandahar Province.

In a newly established pomegranate orchard, engineer Mohammad Nasir slowly trims off extra branches from the trees. He explains why and at which specific points the branches of a newly planted tree should be cut off to ensure a strong and robust tree. He is mentoring a group of eight farmers who watch the process carefully. All of them will later gather with other farmers to share the new horticultural practices they have learnt.

Aminullah, 28, is one of the farmers who participated in the lesson today. He owns about 100 jeribs (20 hectares) of farmland in the village and cultivates wheat, corn, and vegetables. He also owns and manages pomegranate orchards that were planted by his father.

FFS training sessions have equipped him with the knowledge and skills to understand and implement new systems of horticulture. He has also learnt about seasonal diseases and the preventive measures he can take to protect his orchard. “The sessions are really helpful for us,” he says, “now I understand that our orchards have been cultivated traditionally and I need to modernize them for better productivity. I never thought about farming like this in the past.”

Aminullah was one of the first farmers to express interest in the training when the National Horticulture and Livestock Project (NHLP) started its work by holding FFSs and information sessions in Roh Abad village. Confident with the knowledge he has gained, Aminullah has dedicated 20 jeribs (4 hectares) of his farmland to setting up a new pomegranate orchard.

He planted the orchard with trees certified by a recognized organization at the beginning of 2016 with support from the NHLP, which covered 75 percent of the cost. Farmers under the project are normally expected to contribute between 20 percent and 50 percent of the cost. Their contribution starts low when new practices or products are introduced and increases over time.

Aminullah’s newly established orchard will come into fruition after four years and he hopes that the additional income will translate into a better life for him and his family. “With this horticulture system, which is very new for us, we hope to earn more in the future,” he says.

"Now I understand that our orchards have been cultivated traditionally and I need to modernize them for better productivity." 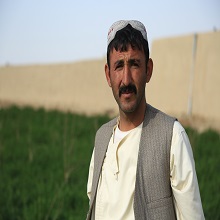 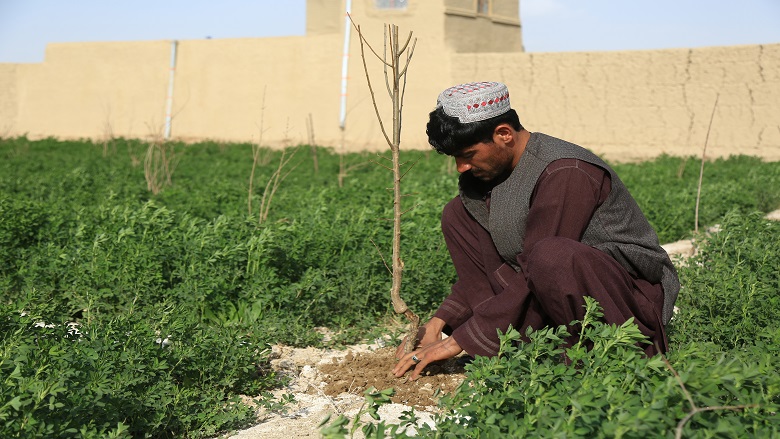 The Farmer Field School training has helped farmers understand new system of horticultural and methods of preventing seasonal diseases. Gaining this knowledge is encouraging farmers to utilize their land for farming more than before.

NHLP, which began national activities in 2013, operates under the Ministry of Agriculture, Irrigation and Livestock (MAIL). With a $190 million grant support from the Afghanistan Reconstruction Trust Fund (ARTF), NHLP is working toward the overarching goal of increased productivity and overall production of horticultural products.

The project aims to promote adoption of improved production practices by target farmers, with gradual rollout of farmer-centric agricultural services, systems, and investment support across the country. Its activities are currently implemented in 300 districts in 31 target provinces, numbers that may grow as conditions warrant. NHLP activities have three components: horticultural production, animal production and health, and implementation management and technical assistance.

NHLP started its work in Kandahar Province in 2016, covering 6 out of 17 districts. “Even though most people in the province depend on agriculture and horticulture as their primary source of income, their use of traditional methods of farming results in low farm output and productivity,” says Mohammad Nasir, NHLP’s Provincial Coordinator for Kandahar. Over the course of the year, NHLP has provided technical training sessions on horticulture, prevention of seasonal diseases, and livestock management.