Social Protection Reforms in a Conflict Environment: A Success Story from Iraq 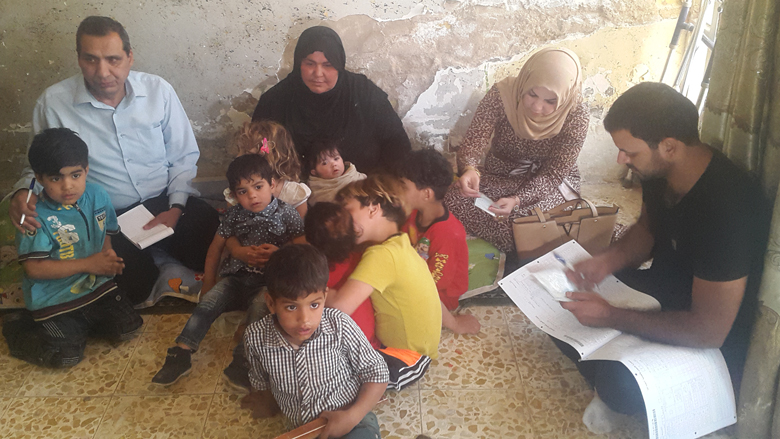 Two social workers from the Ministry of Labor and Social Affairs during a visit to a beneficiary family in Iraq.

During conflict, and right after the end of fighting, responding to the urgent needs of affected populations is a critical part of building resilience and supporting recovery for vulnerable households. Such efforts also have another important function: helping to foster social cohesion and rebuilding often badly-damaged trust between citizens and state.

Iraq offers a good example of how this can be done. Despite a very challenging environment, including a just-ending military campaign to take back large swaths of territory captured by the so-called Islamic State, Iraq has implemented a comprehensive social protection reform program over the past few years that has contributed to stabilizing the country’s torn and battered society. The program includes the development of a Strategic Social Protection Roadmap, a Poverty Reduction Strategy, and a program of rapid interventions in recently liberated areas to mitigate the impact of the conflict on existing and returning populations.

The World Bank has been a key strategic partner of the government of Iraq in these efforts. A high-level Iraqi delegation visited World Bank headquarters, in Washington, October 31 to November 3, 2017 to discuss the country’s experiences.

The highlight of the visit was a roundtable meeting on November 2, 2017, led by Mohammed Shayaa Al-Sudani, Minister of Labor and Social Affairs (by video conference from the World Bank country office in Baghdad), and Mr. Hafez Ghanem, World Bank Vice President for the Middle East and North Africa.

Minister Al-Sudani outlined the significant reforms made so far to Iraq’s social protection system, and presented an outline of further World Bank support the country needs to achieve its vision of a comprehensive social protection system covering social safety nets, social insurance, and labor market policies, all of which would help in building resilience to mitigate the impact of future shocks. On the sidelines of the meeting, Mr. Al-Sudani praised support from the Bank as “instrumental in bringing much needed reforms.” He added, “We are currently engaged in the preparation of several programs to scale-up our interventions and implement efficiently targeted programs that support the livelihoods of vulnerable communities.”

The minister said that alongside the social protection programs, the government is working on ways to promote job creation. Iraq is planning “to promote a labor activation program as a path out of poverty for all Iraqis.” 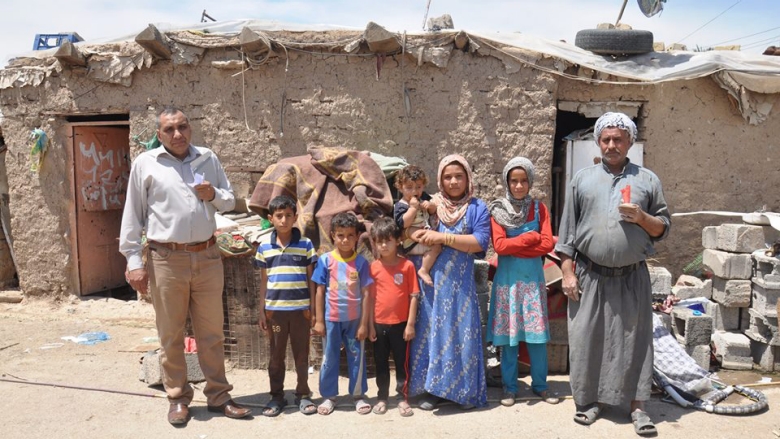 The new Social Protection Law passed in 2014 (Law 11) shifted the eligibility criteria to receive cash transfers from a categorical-based system to a system based on poverty level, with Proxy Means-Testing (PMT) and geographical targeting as ways of identifying poor households.

For his part, Mr. Ghanem reaffirmed the World Bank’s commitment to providing support to the Government of Iraq to meet the emerging needs of populations in recently liberated areas. Such moves are crucial, he said “to foster social cohesion.” Looking a little further ahead, Mr. Ghanem added that the Bank feels strongly that programs to develop the war-torn country must be “community-driven” and include “solid citizen engagement mechanisms.” These will “provide the platform for addressing the root causes of violence and strengthening trust between citizens and the state in the long-term.”

Iraq embarked on its social reforms with the adoption of a new Social Protection Law in April 2014. The law targets various assistance programs more efficiently by replacing broad categories of recipients with a proxy means testing methodology meant to increase coverage and reduce errors of inclusion and exclusion. Where data on families’ income or wealth are not available, this approach uses other indicators, or “proxies,” such as household size, household conditions, and ownership  of durable goods, to determine eligibility. The law established a Social Protection Commission to oversee implementation of the reforms.

In November of the same year, the government adopted its Social Protection Strategic Roadmap 2015-2019. The strategy involves an expansion of social programs, and includes a wide communication campaign to prepare the population for the changes. In 2015, 1250 social workers were contracted and slotted for training in case management. Visits were made to 900,000 households to verify eligibility; data clean-up and cross checking resulted in the exclusion of 140,0000 ineligible households.