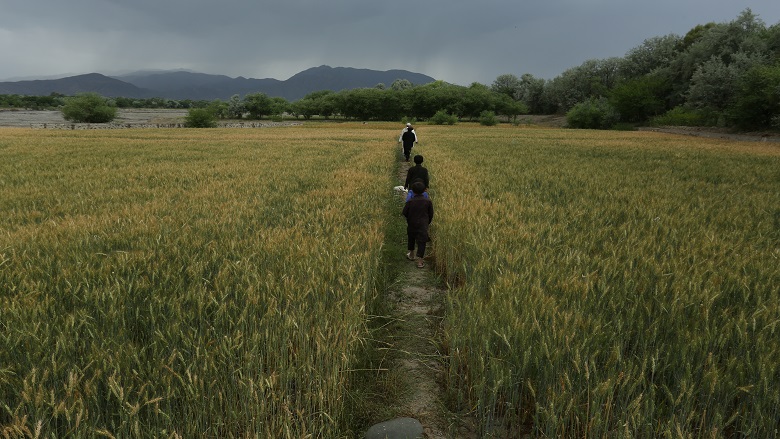 Together with donors, the World Bank will continue to support Citizen's Charter Afghanistan Project, NSP's successor project. The project aims to improve the delivery of core infrastructure and social services to participating communities through strengthened Community Development Councils (CDCs).

Ismaelkhil Mandozayi District, Khost Province –The azan sounds from the village mosque as people gather for the noontime prayer. Shir Khan, 39, leaves off working on his crops and walks past fields of ripening wheat, across the flowing waters of the irrigation canal, toward the village mosque.

It has been more than 15 years since Shir Khan returned from Pakistan to his native village, Melani Kalay, more than 15 kilometers west of Khost city in southeastern Afghanistan. Nestled in a broad sweeping valley, and surrounded by bare brown hills, the inhabitants of the village have long endured both floods and water shortages. In recent years, however, they have seen a great deal of improvement in their lives with the help of the National Solidarity Programme (NSP).

Some 15 years ago the village had no irrigation canal nor enough water for its people. The farmlands in the village were dry, especially in summer, the peak growing season, and locals had to work as day laborers in neighboring villages or venture out to the provincial capital of Khost city to earn a bare living.

“We had no water to irrigate our lands,” remembers Shir Khan, who farms a tiny patch of land (2 jeribs or 0.4 hectare) in the village. “As all the male villagers worked as unskilled agricultural laborers and there was never enough labor, we never had enough money to look after our families.” The irrigation canal, he says, has greatly improved the situation.

"The NSP was our project and we had a deep respect for it. It not only gave us roads, schools and irrigation canals, it also established CDCs and unified us."
Besmillah
Member, Melani Kalay Community Development Council 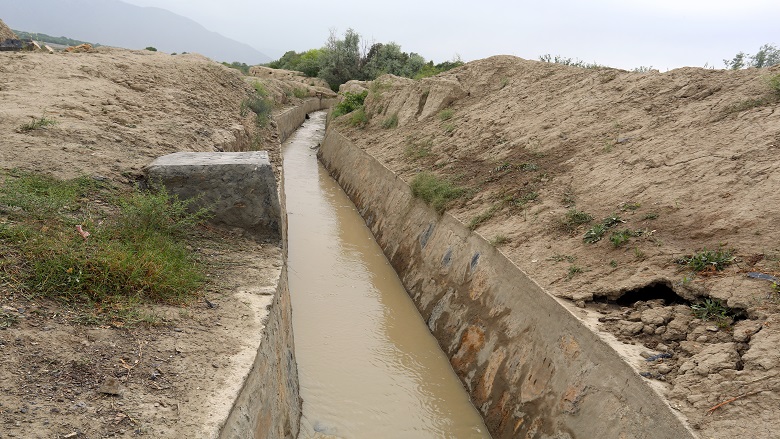 Construction of a five-kilometer irrigation canal in a village in Afghanistan's southeastern Khost Province has improved farmers access to water and they can now cultivate more landfarm. The canal irrigates 56 hectares of lands which produces pomegranates, walnuts and others crops such as wheat.

“The irrigation canal is a lifeline for us,” says Besmillah, 40, a farmer and another CDC member. “Our financial situation has steadily improved since the canal was built. Now most people work on their own farms and some even take their produce to sell in the market.”

Today, the canal irrigates large tracts of village farmland (56 hectares) with pomegranates and walnuts accounting for the largest share of horticultural production. The villagers also grow wheat, maize, alfalfa, and clover, and crop yields have risen. All told, more than 290 families have benefitted from the canal.

The five-kilometer long canal was one of the results of the NSP. The NSP not only brought village communities together but also empowered them to identify, plan, manage, and monitor their own projects through their local Community Development Council (CDC).

Apart from the much-needed canal -- built at a cost of about 1.5 million afghanis ($22,000) -- the NSP also enabled the villagers to construct a series of walls to protect their lands from flooding in the winter, spending 1.9 million afghanis ($28,000) on the effort. Each time, the villagers contributed 10 percent to the project costs. Following this, the NSP gave the village a grant of 640,000 afghanis ($9,600) for the repair maintenance of the canal, under its Maintenance Cash Grants (MCG) sub-program.

Importantly, the NSP helped village communities resolve any conflicts or problems that arose amongst them. “The NSP was our project and we had a deep respect for it,” says Besmillah.  “It not only gave us many things like roads and schools, it also established CDCs and unified us.”

“Melani Kalay inhabitants now gather in the mosque to make decisions, solve conflicts, and resolve other matters related to the village,” adds Haji Pir Salimuddin, another member of the local CDC. “This has now become normal for them.”