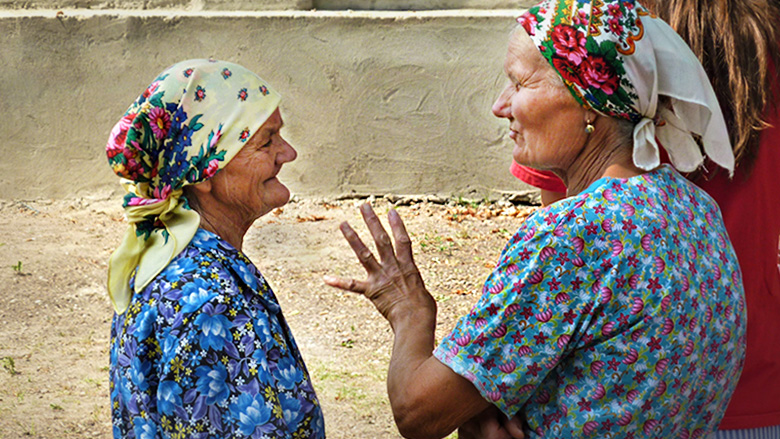 For many countries around the world, rapid population aging poses major challenges to societies and their economies in adequately supporting a growing number of elderly citizens. For Moldova, which is aging faster than most other countries in Eastern Europe, the challenges are especially daunting.

The combined trends of low fertility and high emigration will lead to a projected 29% decrease in Moldova’s population by 2060 (or 1.2 million less people, based on the 2004 Census), while the share of the elderly will triple to 30%.

How prepared is Moldova to deal with the aging challenge? And what policy choices can the country make now to improve how its current and future elderly citizens will fare in society?

One major challenge is the current state of the health system, which is not appropriately designed to respond to the changing demographics and the burden of disease shaped by chronic conditions. While Moldova spends 10% of its GDP on health – which is comparable to developed countries – this spending doesn’t translate into better health outcomes: a large portion of the country’s health expenditure is spent on hospitals which have no incentives to improve efficiency.

Compared to other countries in the region, Moldova spends an extremely low percentage (5%) of public expenditure on medicines, with individuals bearing the brunt of this cost. As consumption of medicine increases with age, elderly people are bound to be disproportionately affected by persisting inefficiencies in the health sector.

In Moldova, low employment rates are observed among all age groups and are not elderly-specific. Older Moldovans are less active than their European peers in their respective country’s economic and social life. At pre-retirement age, Moldova has one of the lowest employment rates in Europe: 49% and 28% among the 55–59 and 60–64 age-groups, respectively. The average for the European Union is 62% and 32%, respectively.

Moldova’s economic growth in recent years, driven by high-productivity sectors, has not benefited the elderly, who are mostly employed in low-productivity agriculture. Despite having relatively high educational attainment, the skills level of the older generation tends to be inadequate in meeting the demand of the modern labor market. The country does not have a good system for skills upgrade and retraining to help its workforce stay relevant and to support active and productive aging.

With regard to secure aging, Moldova presents a mixed picture. Most elderly are well covered by the existing pension system, which consumes 8% of GDP. As the main income source for the elderly, pensions are just enough to keep them out of poverty, in most cases, but remain low compared to the average wage.

In addition, there is little incentive to contribute to the Pension system which, combined with low rates of employment among the current working-age population, will decrease coverage over time. This situation jeopardizes the economic security of future retirees. A growing ratio of elderly to working-age in the population puts a further strain on financing the pension system.

What lies ahead for Moldova in addressing the challenges of its aging population?

First and foremost, the country needs to reconfigure the financing of its healthcare system in order to provide affordable good quality medicines for non-communicable diseases, and to focus more on the preventive side of healthcare. 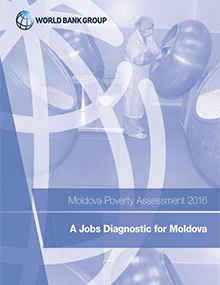 To promote productive aging, the country needs to provide lifelong learning to adapt the skills of older workers, while addressing barriers to job creation and participation in the labor market. To provide for secure aging, the country’s pension system needs to be reformed, the social assistance budget needs to be more focused on poverty-targeted benefits, and an adequate financing mechanism needs to be developed for social services to enable local governments to provide elderly care.

Finally, Moldova also needs to improve its population data, in order to understand the needs of the elderly and to develop policies that respond to those needs.

The good news is that the country is moving in the right direction on several of these fronts. Moldova has recently revised its health benefit package to increase the percentage of reimbursable medicines. In January 2017, the government enacted several changes to the pension legislation to ensure that the replacement rate, i.e. the percentage of the wage received as a pension, is increased and that retired people receive a better pension.

Realignment of the education system, including the development of a life-long adult learning system to provide skills in line with the needs of the labor market, is a top priority in Moldova’s national development strategy – Moldova 2020.

There are many challenges ahead, but by moving this policy agenda forward, the country can turn the aging of its population from a concern to an opportunity for longer and more prosperous lives. 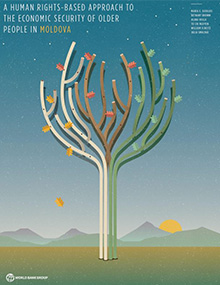 A recent World Bank report, A Human-Rights based Approach to the Economic Security of the Older People in Moldova, assesses the current situation in Moldova in relation to three priorities identified by the elderly to fulfill their right to an adequate living standard: the right to health, the right to work, and the right to social protection.
Api