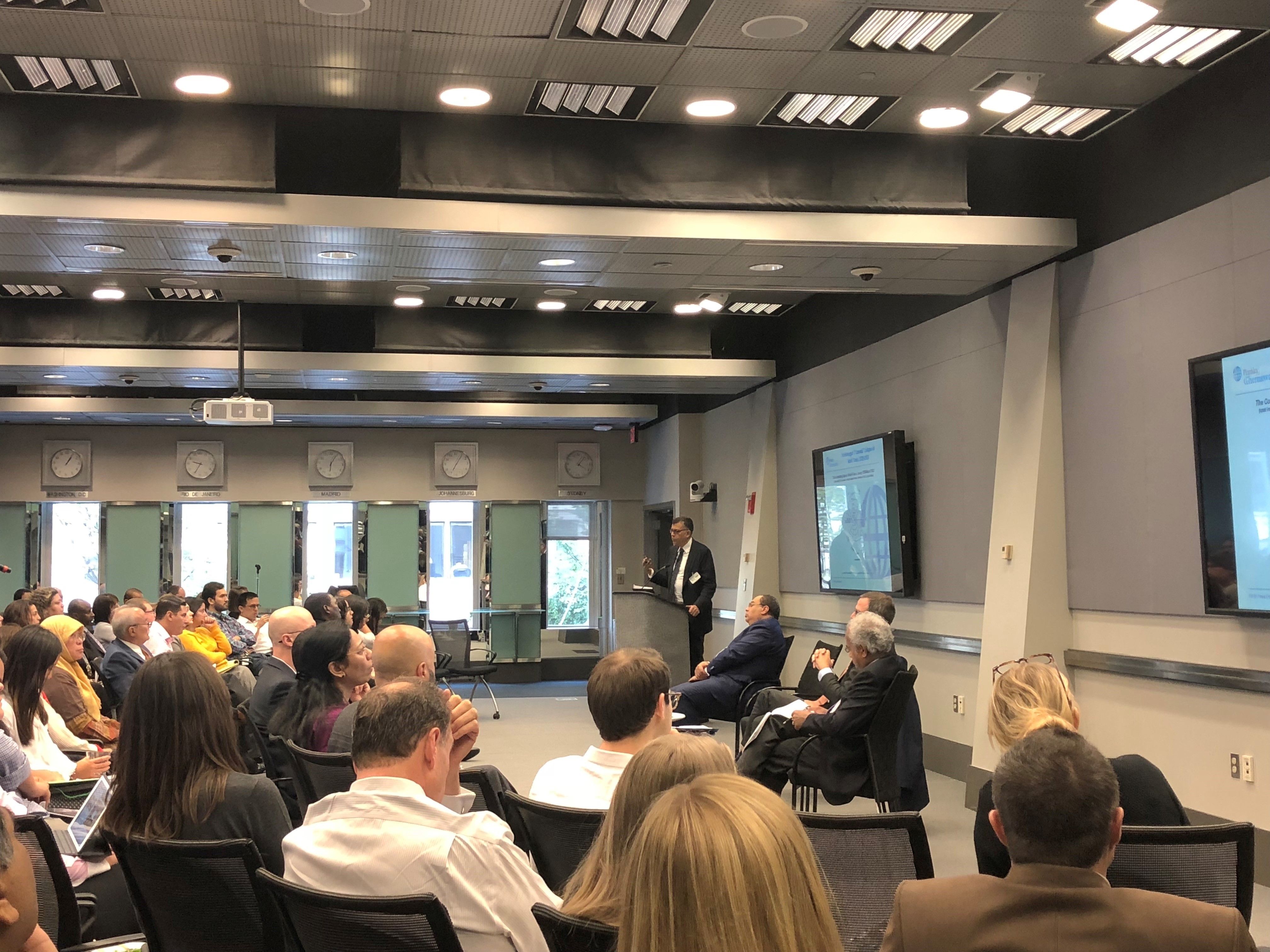 Pankaj Ghemawat, Global Professor of Management and Strategy at New York University’s Stern School of Business, spoke about the future of globalization in a talk at the World Bank Group on October 30. In the long run, he said, “it’s very hard to imagine a success scenario for the world economy that doesn’t involve emerging economies growing faster than advanced economies.” But unless action is taken, Sub-Saharan Africa is likely to fall farther and farther behind. To prevent an impending disaster—with global implications—multinational organizations’ efforts to achieve the SDGs may need to focus on Sub-Saharan Africa. Read more

While acknowledging that there has been more ambiguity over globalization since the financial crisis, he remained optimistic about its future, based partly on lessons from the worst decline in trade, which occurred after the United States passed the Smoot-Hawley Act, in 1930. Despite the decline in the value of world trade—which plummeted by two-thirds—trade continued, and the rank order of trading partners remained almost unchanged. Thus even if the United States were to pull out of the North American Free Trade Agreement (NAFTA), it would almost certainly remain Mexico’s leading trading partner.

After the talk, World Bank Senior Vice-President Mahmoud Mohieldin moderated a discussion in which IFC Vice-President Hans Peter Lankes and World Bank Senior Director Shanta Devarajan discussed ways in which the world could achieve the goals of the 2030 Agenda and the Sustainable Development Goals (SDGs). They shared Prof. Ghemawat’s optimism about globalization. “I think we have reason to believe that support for globalization in developing countries will actually increase rather than decrease, regardless of what’s going on in the northern countries,” said Dr. Devarajan.  Mr. Lankes agreed with the other speakers, noting that global interconnectedness is deeper than the ups and downs of political discourse suggest.

Dr. Devarajan also noted the effect globalization has on governance.  “When you open capital markets, it is very difficult to sustain distortionary policies. So globalization by itself inserts a level of discipline,” he said. If globalization continues—and all of the session participants said it would—governance is therefore likely to improve, helping countries achieve SDG 16 (“promote peaceful and inclusive societies for sustainable development, provide access to justice for all and build effective, accountable and inclusive institutions at all levels”).