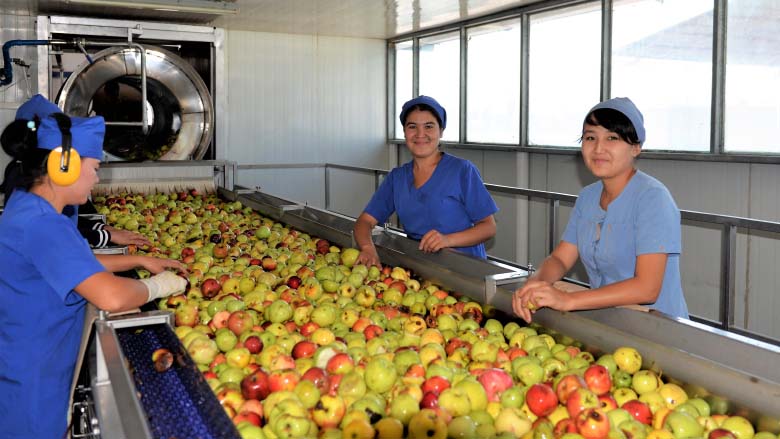 2,500 jobs are being created thanks to loans to farmers and agro-firms in rural areas across Uzbekistan. They will increase production and exports of vegetables and fruits, and will benefit further thousands of other farming households throughout the horticulture value-chain in the country.

Agriculture plays a highly important role in Uzbekistan’s economy. In 2017, 49.4% of the population – around 16 million people – resided in rural areas. The agriculture sector, therefore, has a significant impact on rural livelihoods, jobs, and food security, accounting for about 17% of GDP, 15% of export revenues, and over one-third of employment in the country.

Horticulture is a significant component of the agricultural sector in the country, although the sub-sector accounts for only about 16% of aggregate arable lands, in contrast to grains (47%) and cotton (37%). But, with a growing domestic and export market, the horticulture sub-sector is steadily increasing, primarily by displacing land used to grow cotton. 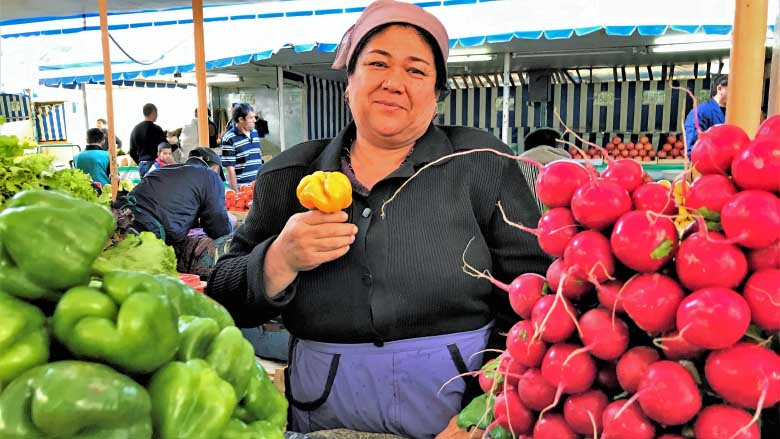 For the 4.7 million dehkan farmers who cultivate agricultural land plots of less than 0.5 ha in rural and disproportionally poor communities, horticulture is an important source of income. Horticultural products are also grown by 21,000 larger private farms across the country. Evidence suggests that production of fruits and vegetables is among the most profitable activities for both dehkan and private farms. Indeed, horticultural export earnings have surged in recent years, growing from US$ 68.7 million in 2000 to US$ 1.35 billion in 2013. The economic impact of the sub-sector is therefore significant, accounting for 35% of agriculture export value.

Uzbekistan has become a major producer of horticultural products, with a global potential. In 2014, it was the largest producer of apricots, the eighth largest producer of cherries, and fifteenth in apple production. In 2016, the country exported 818,500 tons of fresh and processed fruits, vegetables and grapes to 43 countries. The country’s main export markets are its neighbors, in particular Russia and Kazakhstan, as well as some European and Asian countries. 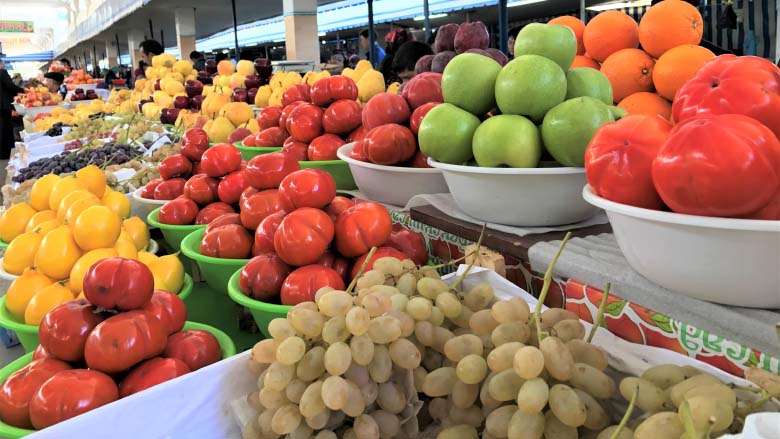 The country has a comparative advantage in horticulture based on its natural endowments. Its agro-climatic conditions, which are similar to Chile, Turkey, and California in the United States, support many of the same crops grown in these countries. Favorable conditions also reduce problems related to pests and diseases. Farmers often use organic fertilizers, while the weather also allows high productivity without heavy use of pesticides. Such conditions give local farmers a unique opportunity to deliver high-quality fruit and vegetables to domestic and export markets.

The environmental and social benefits are also notable: as horticulture crops are less water intensive, they offer the highest potential for increasing incomes (their gross margins per ha are up to five times higher compared to cotton and wheat), and they generate more all-season employment. 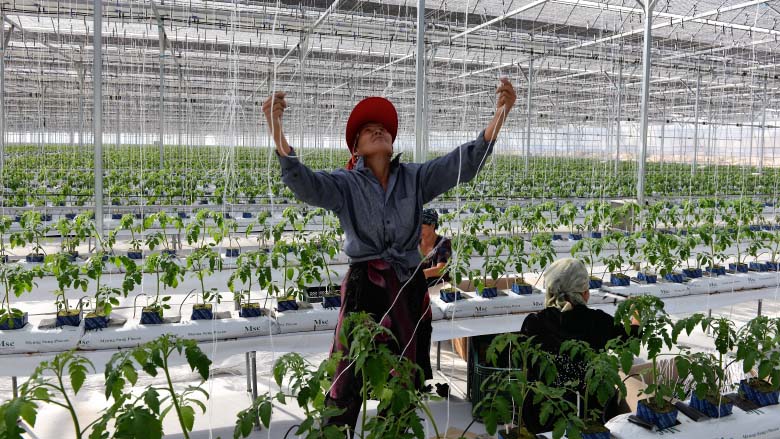 The Government’s reform and development agenda places increasing emphasis on horticulture, which is reflected in national strategies and investment priorities. The National Development Strategy for 2017-2021 recognizes the need for diversification out of cotton into high value-added and labor-intensive production and processing, including horticulture, which is expected to contribute to significant growth of rural jobs, food security and exports.

Although lending for agriculture has increased, the demand is considerably greater. It is estimated that the investment needs in the horticulture sector equate to more than US$1 billion. As such, one of the main goals of a horticulture development project (HDP) supported by the World Bank was to provide Uzbek farmers and agro-firms with access to finance. Loans allocated by local banks have funded business activities across the country that affected a larger pool of horticultural producers and 12,000 farmers by providing improved access to services and facilities (cold storage, processing) or inputs such as seedlings, fruits and vegetables (through nurseries and orchards). 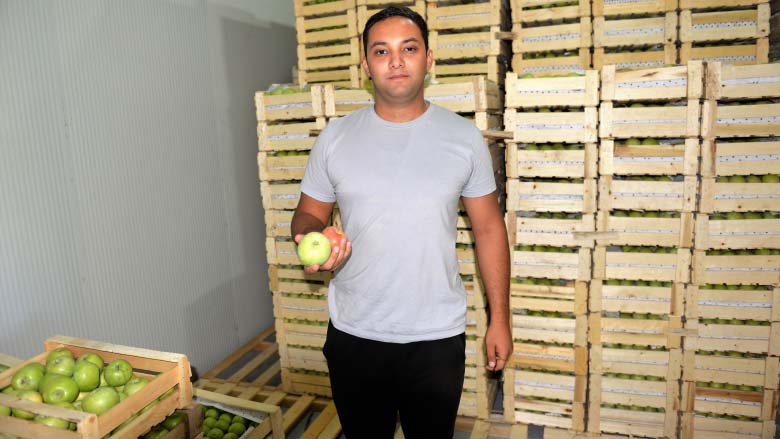 So far, a total of 223 loans have been issued across all regions of Uzbekistan targeted by the project for a range of investments. It is estimated that these loan investments will directly create 2,500 jobs in rural areas, of which around 750 would be for women. In addition to the loans, the sub-borrowers have co-invested US$ 52.3 million equivalent of their own funds, bringing the total amount of investments in the agricultural sector to US$ 185 million.

Samarkand Region is one of the most ancient areas of farming in Central Asia. A mild climate, fertile land and, most importantly, hard work and optimism of local people transformed the region into one of the biggest contributors to the national agriculture sector. 58 farmers and agro-firms in this part of Uzbekistan benefited from the loans and around 2,800 farmers got access to HDP financed services and facilities such as packaging and processing, cold storages and nurseries. 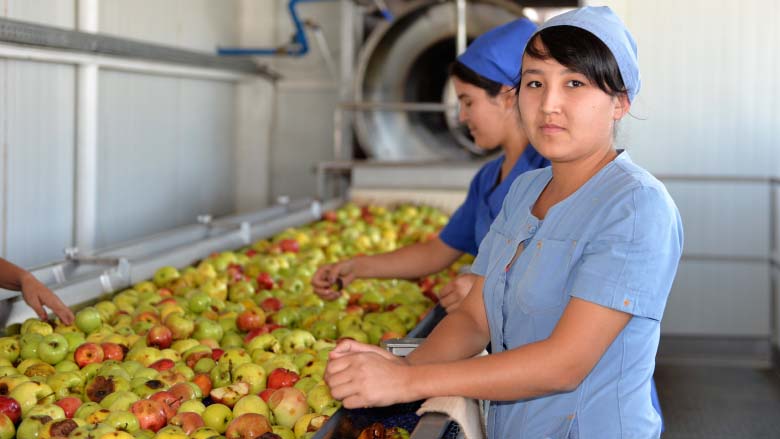 LLC Afrosiyob Meva, a food processing plant in Bulungur District of Samarkand Region, got almost US$ 2 million as a loan and invested US$ 1.5 million of its own funds to purchase European fruit and vegetable processing lines. Aloviddin Tadjiev, the plant’s General Manager, explains that the new equipment will increase the enterprise’s productivity and create 25 permanent jobs.

“For our juices, concentrates and mash, we purchase 50% of raw materials from over 1,000 dehkans and farmers in Samarkand Region, and several other provinces of Uzbekistan,” says Aloviddin. “We also invest in training, for instance, on new planting and maintenance techniques, storage methods and post-harvest handling of crops. Every year, between June and October, we recruit around 300 seasonal workers, having involved local men and women in various segments of the production chain at our plant". 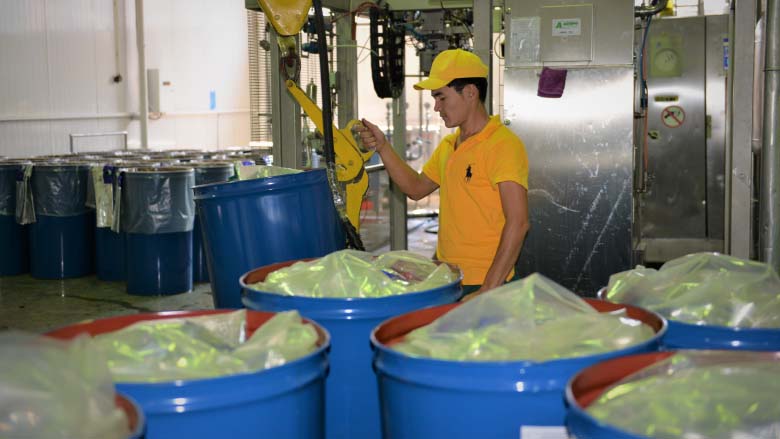 In 2016, the plant’s revenue reached the equivalent of several million US dollars. The biggest proceeds were received through cooperation with PepsiCo. The global company is the plant’s largest client and has been purchasing their apple juice concentrate for several years. PepsiCo uses it as an ingredient for its famous beverages and snacks that are sold in Russian and Central Asian markets. Aloviddin is enormously proud of the quality of products his enterprise manufactures and the international recognition it has gained. 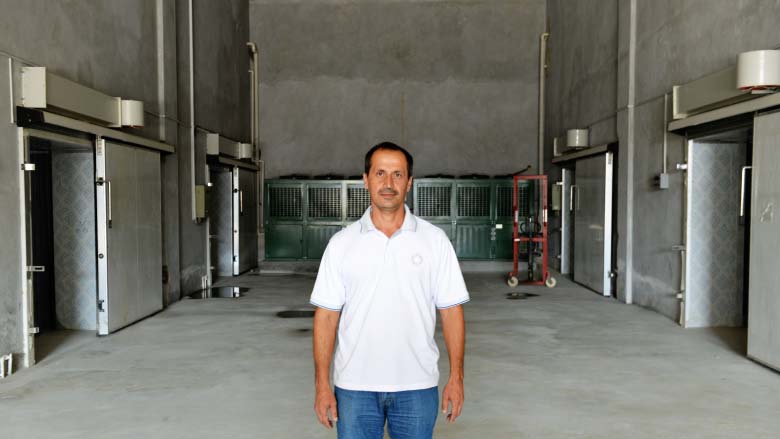 Amirkhon Noz Nematlari, a farmer household in Samarkand District, recently completed construction of a cold storage facility that is capable of accommodating up to 1,700 tons of horticultural products. The household borrowed US$ 564,000 and invested US$ 190,000 of its own funds to purchase refrigeration equipment from China. 10 permanent jobs will be created when the cold storage starts operating.

“We will be using the facility to save our own fruits, vegetables and grapes, as well as crops of local dehkans and farmers from this and neighboring districts,” says Vohid Abdushukurov, a manager of the cold storage. “Nowadays, this service is in high demand among local farmers and agro-firms as their export capacity is rapidly growing. Our potential users are interested in preserving the quality of their products before they reach foreign customers. And we are happy to respond to their needs,” Vohid adds. 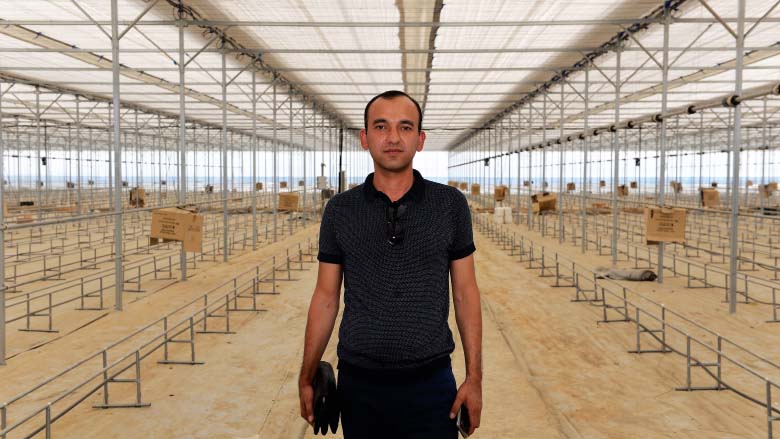 LLC Grand Samarkand Seoul is completing construction of a 1 ha greenhouse in Samarkand district. It received a US$ 500,000 loan and invested its own US$ 173,000 to purchase greenhouse equipment from South Korea for growing tomatoes. 15 permanent jobs will be created when the greenhouse starts operating.

“I have travelled a lot and have had a chance to compare fruits and vegetables elsewhere with those grown in Uzbekistan,” says Firdavs Radjabov, an owner of the greenhouse. “I can confidently say that Uzbek farmers produce the best in the world, thanks to the great taste and look of their organic products.”

During his trips to South Korea, a country known for its progressive horticulture industry, Firdavs studied smart farming technologies for the production of greenhouse vegetables. After returning to Uzbekistan, he decided to get a loan from a local bank in order to purchase Korean technologies for growing greenhouse tomatoes. 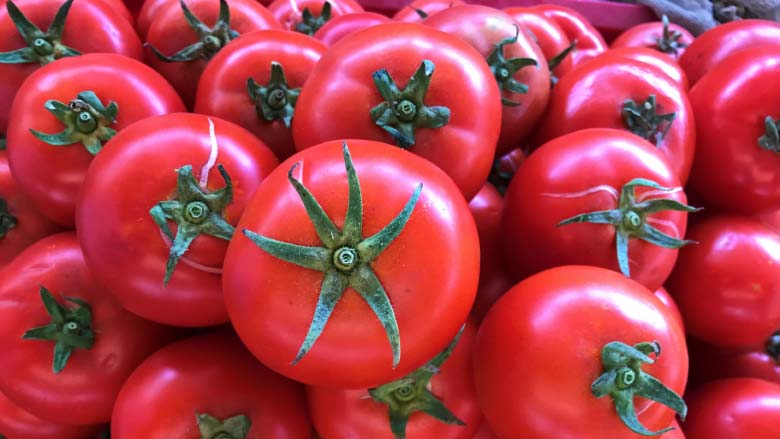 Firdavs is very optimistic about his business prospects. He is confident that, by the end of 2017, the first trucks with tomatoes grown in his greenhouse will reach supermarkets in Moscow. The entrepreneur envisages that a stable revenue from exports to Russia will allow him to fully pay back the loan within 24 months – even though, according to loan terms, he is expected to return it within a five-year period. Firdavs says he will then take another loan later to build a larger greenhouse, producing bigger crops and employing more local residents.