Localizing the Implementation of the SDGs 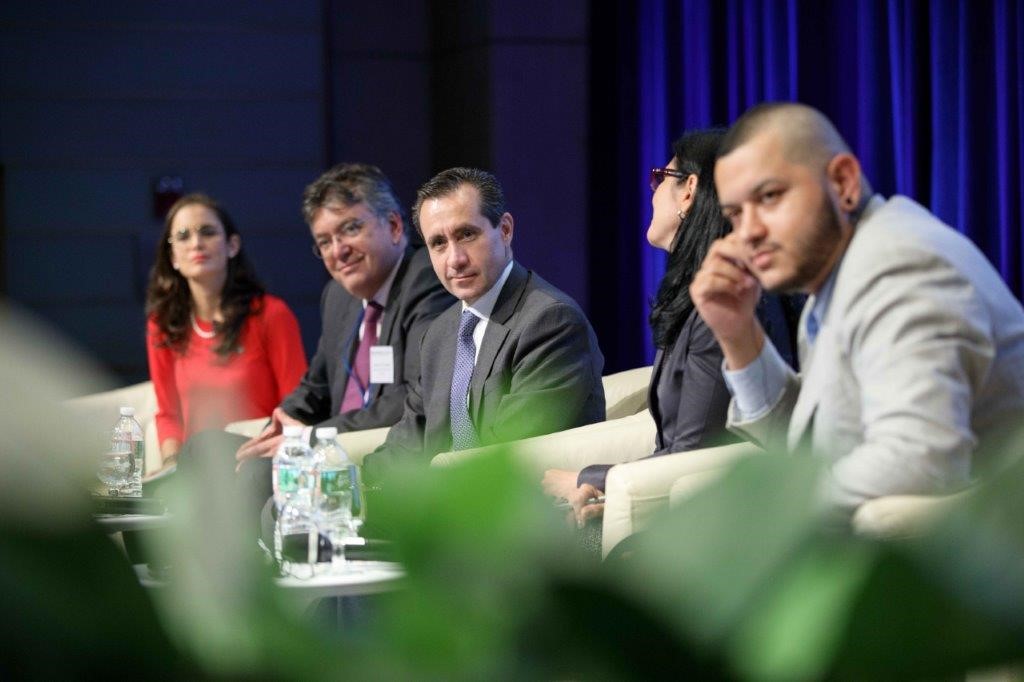 A high-level seminar on October 12 highlighted the perspectives of partners—including local and regional governments, businesses, civil society organizations, and academia—working to achieve the SDGs at the local level. The first part of the 90-minute session showcased Colombia’s efforts to integrate SDG targets into its national development plan, peace agreement, and international commitments. The second part focused on the perspectives of national and global leaders who are deeply involved in SDG implementation. Click here to see a video of the event.

Some countries are already doing so. To highlight their success, Mahmoud Mohieldin, the World Bank’s Senior Vice President for the 2030 Development Agenda, United Nations Relations, and Partnerships, chaired a 90-minute event that showcased what partners are doing at the local level.One of the lessons from the Millennium Development Goals (MDGs) was that local governments often lacked the capacity to deliver results. Services often failed to reach targeted populations because local governments lacked the skills and resources to deliver them. Implementing the SDGs thus requires that these local development actors be incorporated into local planning.

The session revealed how Colombia has integrated SDG targets—not only into its National Development Plan but also into its peace agreement with the FARC and its international commitments (including the Paris Climate Agreement, OECD accession, and the SDGs). Through strong collaboration with all stakeholders—local governments, communities, civil society, businesses, and youth, among others—it is focusing on improving institutional capacity and financing for local and regional governments. The result? Better basic services in both rural and urban areas.

In Medellín—once the murder capital of the world—the city’s development plan includes nearly 70 percent of the SDG indicators (and that figure actually understates the share, as some of the SDGs, such as “life underwater” do not apply). An integrated, multisector plan has transformed Medellín into a place that is prosperous, inclusive, and livable. The local government’s efforts have the strong support of the World Bank Group and local business leaders, who recognize that improving poor people’s lives can help reduce the core inequities that fueled conflict in the past.

Javier Esteban, a Colombian hip hop artist, photographer, and leader of Community Number 13—a group of once violent neighborhoods in Medellín that are now vibrant places to live—spoke at the session. “Young people are the ones who led social processes of transformation. . . . It is extremely important to acknowledge what we can do and put it on the table and . . . to start working on and following the same pathway.”

Minister of Finance H.E. Mauricio Cardenas also spoke. Colombia, he said, has “tied the SDGs with other initiatives that are at the core of our priorities, such as implementation of the peace agreement. Peace goes hand in hand with almost 4 percent of the SDGs—in issues related to the reduction in conflict, in issues related to improving living standards in the rural sector, in areas that have to do with the ability of the country to improve in a number of areas, including the provision of public infrastructure—something that was quite limited. Implementation of the peace agreement is a fundamental aspect of compliance with the SDGs.”

Minister Cardenas also discussed Colombia’s climate change actions. “We see [reduction of carbon dioxide emissions by 2030] as a fundamental aspect of economic development. As part of that, we have decided to tax carbon emissions and create incentives for alternative sources of energy [and provide] tax benefits for companies that operate in unconventional sources of energy, like wind, solar, biomass.” Colombia is also sharply reducing taxes on electric and hybrid vehicles and promoting mass transit.

“We have a strategy where compliance with the SDGs begins at the local level, then regional then ends at the national level,” said Mr. Cardenas. “This is part of our national agenda. This is the way we progress in Colombia—very much measured against the benchmarks established by SDGs.

The World Bank’s Vice President for Latin America and the Caribbean, Jorge Familiar, confirmed the minister’s comments. “Colombia is taking the SDGs and turning them into specific goals— areas to monitor and benchmark and to measure progress and delivery against. The coordination between the federal government and subnational governments—that is exactly what you need in order to be successful. Most things happen on the ground, so you need to engage directly with the people. The results are there. From the city that had the highest homicide rates in the world to a success story. Many other countries in Latin America should follow this example.”

Colombia is not alone in mainstreaming the SDGs. Indonesia is also doing so, according to Bambang Brodjonegoro, Minister of National Development Planning (Bappenas). After coming into office, he said, “The first thing we did was mainstream the SDGs into a five-year development plan. Out of the 169 targets, we included at least 94.” He views the SDGs as a way to help transform Indonesia into an upper-middle and then a high-income country. To make sure local governments are on board, his ministry provides them with technical assistance in formulating their own five-year plans. “Localizing the SDGs is very important to achieving those 169 targets at the national level. We need to make sure every local government in Indonesia—more than 500 local governments—works together at the same pace in order to make sure that by 2030 we can achieve as many of the targets as possible.”

Speakers in the first session:

Speakers in the second session:

To achieve the SDGs, we have to focus on building capacity of development actors at the local level to finance and deliver services that change the lives of people in their communities.
Api