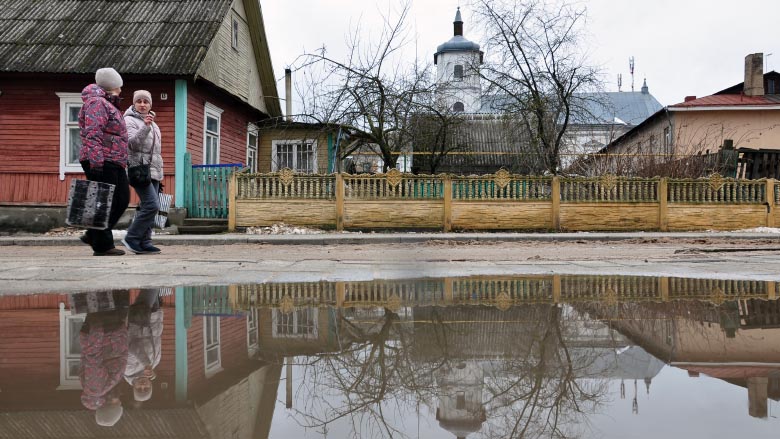 Today marks the 25th anniversary of the declaration by the United Nations General Assembly of October 17th as the International Day for the Eradication of Poverty. It is timely, therefore, to reflect on the progress made by Belarus in reducing poverty, as well as on the challenges the country faces for the future.

A lot of progress has been made over the past decade and a half: the share of the population below the national poverty line fell from 41.9% in 2000 to 5.7% in 2016. Moreover, Belarus managed to reduce the poverty rate faster than all other countries in the Europe and Central Asia region.

The poverty headcount in Belarus fell from 60% in 2000 to less than 1% in 2013, measured at the internationally-comparable Purchasing Power Parity (PPP) US$5/day threshold. By comparison, the Europe and Central Asia region, as a whole, started with a lower US$5/day headcount in 2000 (47%) but, by 2013, the share of the region’s population below this threshold had only fallen to 14%.

The fall in the poverty rate in Belarus reflects the inclusiveness of the country’s economic growth over the past decade and a half. Belarus exhibited the highest rate of growth of expenditures of the bottom 40% of the population during the period 2006-2011, at a time when many European countries were suffering from the effects of the financial crisis and seeing falling incomes among the bottom 40%.

What enabled such inclusive growth and rapid poverty reduction? There were a number of contributing factors. Rapid economic growth was underpinned by favorable energy pricing on the part of Russia and strong economic growth in Russia and Belarus’s other trading partners, which boosted the country’s manufacturing and agricultural sectors.

High economic growth has allowed the government to maintain high levels of employment; it also allowed for a steady increase in wages in real terms, as well as pensions, which kept up with wage growth.

Government taxes and spending help shift money from the rich to the poor. Indeed, 97.5% of the population with a market income below PPP US$10/day benefits from these policies.

Direct transfers – pensions, in particular – are the most equalizing and pro-poor of the fiscal interventions in Belarus. Direct transfers and direct taxes lower the national poverty headcount by 17 percentage points and lower the Gini index of inequality by more than a third, from 0.407 to 0.267.

The worry for the future is that the factors which enabled Belarus’s past success are no longer in play. Productivity in the state-owned sector is not growing fast enough to support large wage increases. Russian demand growth is slower, the price of fuel imports is less favorable, debt constraints are tighter and the capital stock is older. In the absence of structural economic change, the economy will not grow faster than about 2 percent per year and improvements in incomes will be modest. Increases in tariffs for utilities are necessary to pay for services, but poor people should get financial compensation.