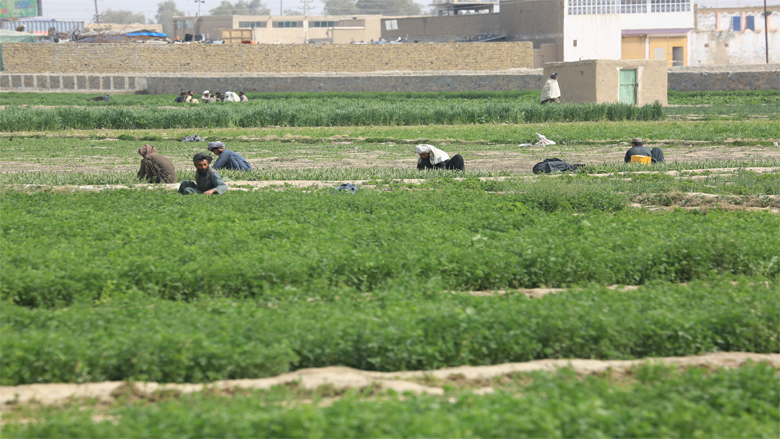 Agriculture productivity has increased in southern Afghanistan as a result of the rehabilitation of irrigation canals supported by the Irrigation Restoration and Developent Project (IRDP).

Haji Abdul Wali, 51, head of the Community Development Council (CDC) for Qulchabad village, is monitoring the progress and supervising people. “As a matter of routine, the canal needs to be cleaned every year on account of mud and silt that accumulate and need to be removed for the water to flow smoothly,” he explains.

Today, over 100 villagers are working together to clean the Nawai Pathaw irrigation canal. Haji Wali says it will take 20 days to clean the 10.5-kilometer long canal, which provides irrigation water to six villages in Dand district in Kandahar Province. It was common for villagers to spend 40 days or more to clean and fix all the leakages in the canal. Despite this annual restoration, in most years, villagers ran into water shortages due to recurring leaks.

“In the past, a lot of water was wasted but this is not so now,” says Haji Wali. The canal, which was originally constructed nearly half a century ago, was rehabilitated by the Irrigation Restoration and Development Project (IRDP) in June 2014. The rehabilitation work, which took a year, included building sluice gates, a protection wall, flumes, and culverts along the length of the canal. As a result, agricultural output as well as productivity have improved. The canal now irrigates 2,748 hectares of farmlands compared to 2,320 hectares previously.

"Since IRDP invested in this project and people witnessed a significant increase in their harvests, they were happy to invest personally in the canal too."
Haji Abdul Wali
head of Community Development Council, Qalach-e-Abad village 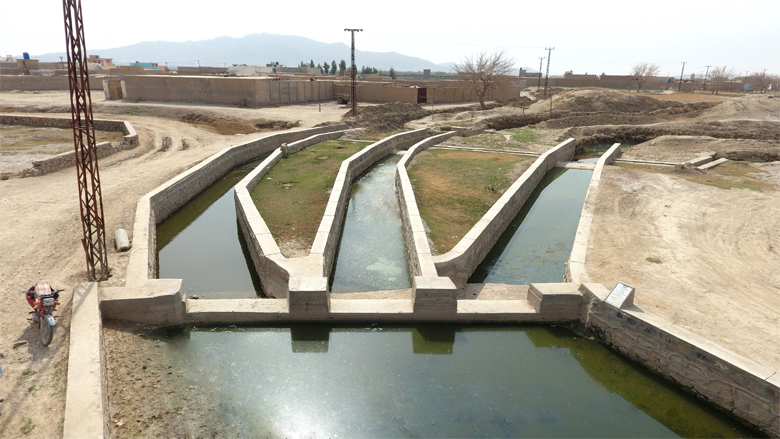 java.lang.StringIndexOutOfBoundsException: String index out of range: -1