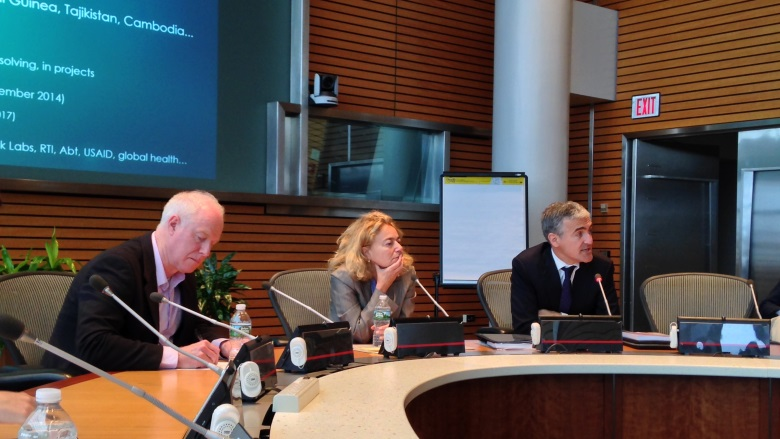 In 2015 the Programme for International Student Assessment—better known by its acronym PISA—tested over half a million students across 72 countries in subjects like mathematics and reading. One of the results was truly startling: Vietnam, a lower-middle income country, outperformed Norway, one of the richest countries in the world. Vietnam had found a way to create a high-performing education system where many countries at a similar income level have failed.

“Without highly capable institutions that can deliver significant change, countries will not be able to achieve the ambitious goal of ending extreme poverty by 2030,” said Asli Demirguc-Kunt, Director of Research at the World Bank, at a recent Policy Research Talk on the issue of state capability. “Often, countries adopt best practice solutions without building the capability to implement them, leading to tragic but all too predictable failures.”

According to Michael Woolcock, a social scientist at the World Bank, the issue of state capability is all the more urgent since the relatively easy part of the development process is over. Between 1990 and 2013, nearly 1.1 billion people moved out of extreme poverty. Rising prosperity for much of the world’s population was the result of a number of factors: the cessation of violent conflicts; the provision of basic public goods like roads; and implementation of sound macroeconomic policies that provide economic stability.

But most of this low-hanging fruit has been picked.

The next stage of development will require addressing ever more complex challenges. Governments and their development partners which have accomplished the relatively simple task of building schools now have to figure out how to create learning environments that lead to the kind of successful outcomes that Vietnam achieved. Similar challenges exist across a multitude of sectors like health, justice, and social protection.

Most developing countries are ill prepared for these increasingly complex tasks. A group of researchers devised a simple experiment that illustrates this reality. They mailed misaddressed letters to 157 countries around the world, and waited 90 days to see what percentage were returned. All 157 countries were signatories to an international agreement committing them to return such misaddressed letters within a three-month period. The experiment was thus a test of each country’s capacity to implement a simple, identical policy.

For the 25 worst-performing countries, the postal service didn’t return a single misaddressed letter, and this included middle-income countries like Egypt, Russia, and Honduras. If a government fails at even this straightforward task, the likelihood of success at even more complex tasks does not look promising.

Even worse, the available evidence suggests few developing countries are improving at a pace equal to the challenges of the 21st century. Woolcock and his colleagues devised a measure of state capability and found that only five developing countries have achieved the current level of state capability of an OECD country, while only eight more are on a trajectory to do so within the next seven decades.

Only a radical shift in the architecture of international aid will be sufficient to address the challenges that developing countries now face.

A new approach called problem-driven iterative adaptation (PDIA) may hold the key to this shift. It builds on the basic insight that organizations—similar to individuals—must have room to practice to master complex skills and build capabilities.

The PDIA approach is built around four principles:

Many of the elements of the PDIA approach are not new. Organizations like IRC, Mercy Corps, Results for Development, and others have been using elements of the PDIA approach for some time. But a new momentum is building to embed this approach across the work of many development institutions. The World Bank is moving in this direction in its country programs in Indonesia, Nigeria, and Sierra Leone, among others. Projects such as the Global Delivery Initiative also support a PDIA approach.

Woolcock and his colleagues are directly supporting policy makers, civil society, and citizens in experimenting with a PDIA approach. In addition to supplying examples, case studies, and tools in the recently released Building State Capability: Evidence, Analysis, Action, they are forging a global community of practice under the banner of ‘Doing Development Differently’.

Continued development momentum may hinge on such a shift in policy and practice.

“470 million of the world’s poor live in fragile and conflict-affected situations,” said Franck Bousquet, Senior Director for Fragility, Conflict, and Violence at the World Bank. “If we continue with business as usual, between 50 and 60 percent of the global poor will live in fragile countries. More money will not fix this. Only a different approach will make a difference.”