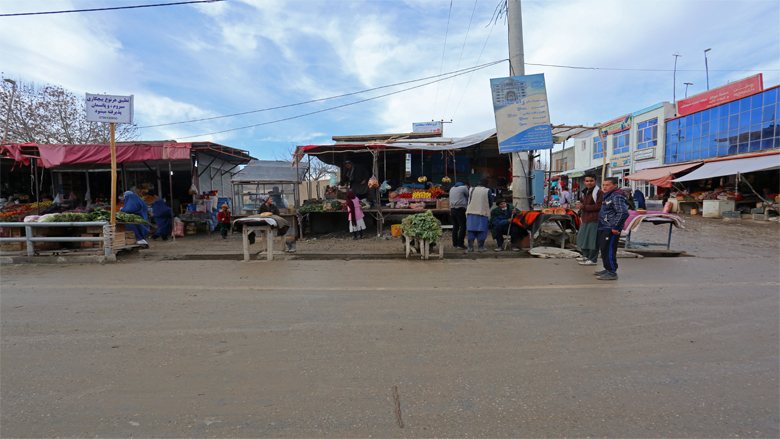 Thanks to the Afghanistan Rural Access Project, for upgrading infrastructure such as graveling roads, building sidewalks and drainage system that have made it possible for local entrepreneurs to establish shops and start a business in Pul-e-Babo village of Dehdadi District in northern Balkh Province.

DEHDADI DISTRICT, Balkh Province – The bus stops at the station allowing passengers to get off and on. The main road through the village is wide and smooth, and vehicles of all sizes drive by. Shops along the road display colorful wares and the whiff of fresh kebabs being barbecued in the roadside restaurants entices passers-by. The scene is buzzing with activity even though it is peak winter with heavy snowfalls dominating life in nearby villages.

Ghulam, a shopkeeper in Balkh Province, recalls a time when road conditions were poor. “We used to have many challenges when the Pul-e-Babo road was not paved, especially in winter,” he says. “During winter, the waterlogging and lack of drainage led to water freezing on the road, the thick ice sheets made it difficult for cars to pass. We had to break the ice with axes and picks to be able to make our way through. Every week we had at least one car accident.”

But the situation has improved recently when a project to upgrade infrastructure in villages paved Pul-e-Babo road with asphalt, fitted a standardized drainage system, and reconstructed the Qol Urdo Bridge located along the road. Says Ghulam, “Now I think all the problems are solved. There is no standing water or mud anymore, and everyone can commute easily.”

Linking Mazar-e-Sharif–Sholgarah to Nasaji roads, both considered to be arterial roads in Balkh Province, the recently paved Pul-e-Babo road passes through seven villages. With the upgrading of the road, more than 17,000 people are connected to each other and markets in all seasons. Daily commuter pressure on existing roadways also has reduced significantly in Dehdadi district, for example, students in three schools along the way now use the new road to get to school.

"It is no longer about us versus them; rural Afghanistan is matching cities in its development story, step by step."
Sayed
Dehdadi district 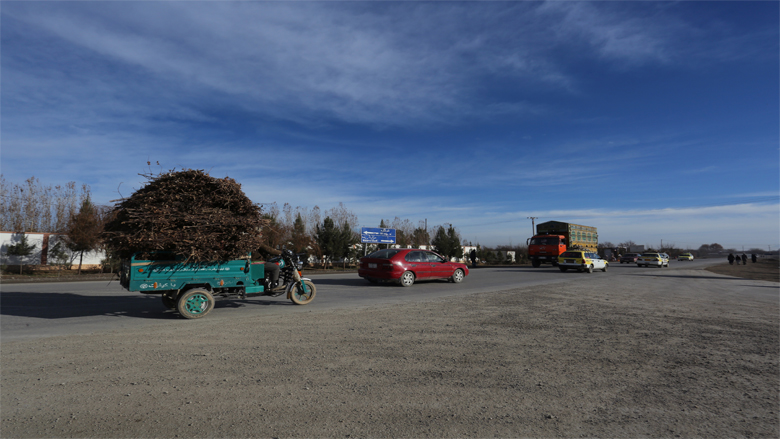 Operating under umbrella of the Ministry of Rural Rehabilitation and Development, Afghanistan Rural Access Project aims to build all season roads which connects villages to each other and beyond.

“In the past, people used to wear brogans [stout leather ankle boots] to be able to walk on the sidewalks. There was nowhere for water to run and all around was water and a bad smell,” says Sayed, 46 of Markaz village, one of the villages along the road.

Aware of the benefits the project would bring, the villagers gave it wholehearted support, says Sayed. “As people understand the importance of roadways, they pitched in to help the project with the road expansion, and ensure the project was implemented successfully.”

Traffic flow has increased since the road was asphalted, improving business for many shops and kiosks dotted along the sides of the road. “Our sales have increased by almost 40 percent,” says Mohammad, 30, a grocery store owner. In fact, the good conditions of the road and surrounding areas have encouraged many to establish shops and start new businesses. “I have seen that traffic has increased. This encouraged me to establish my own mechanic shop for cars here,” says Baharuddin, 21. “I am very happy now and my income is good,”

Improving the connectivity between the villages and Mazar-e-Sharif city has led to symbiotic development, says Sayed. “It is no longer about us versus them; rural Afghanistan is matching cities in its development story, step by step,” he says.