Skip to Main Navigation
This page in:_
FEATURE STORY September 21, 2017 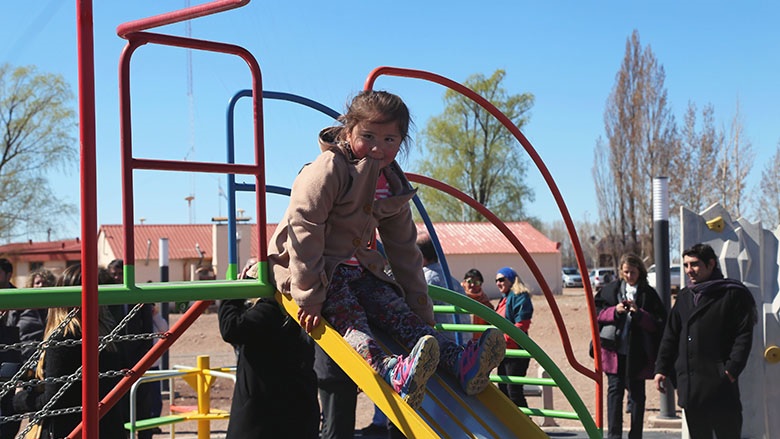 Malargue neighbours gained a new place to enjoy with their families.

Fernando Gomez, a lifelong resident of Malargüe, began working at a uranium mill in 1971, processing uranium ore just meters from his home. Now retired, he was on hand to witness the inauguration of the El Mirador Community Park in an area previously scattered with uranium tailings. Fernando now looks at the landscape of his city from a fresh perspective, thanks to the first project for environmental remediation of uranium mines in Argentina.

“Today we gained a new place to enjoy with our families. We’ve never seen anything like this in this city,” he says. The Department of Malargüe has changed radically since the tailings piles that had surrounded the city for almost 50 years were replaced by a 7-hectare park, with a bike path and a multi-purpose recreation area with a soccer field and a basketball court. In addition, there are social areas, children’s playgrounds, and an amphitheater.

“Thousands of people will be able to enjoy playing all types of sports in this park, surrounded by the natural beauty of the Andes Mountains,” Jorge Vergara Martínez, mayor of Malargüe, proudly states.

Turning an environmental liability into a park was the community’s idea, but the most important aspect of the project is its impact on health.

“The main thing is the encapsulation of the contamination and how this will positively impact the population,” says Verónica Iraola, a resident of the town who worked to make this landmark undertaking a reality. 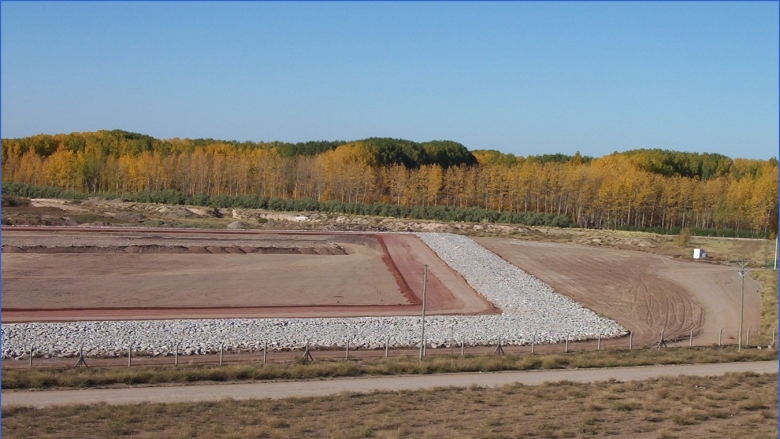 A model for Latin America

Following the closure of an old uranium mill in Malargüe in 1986, 710,000 metric tons of uranium tailings were left exposed, as was the practice at the time, which posed a risk to the health of the local population due to possible contamination of the air, water, and soil.

Today, the tailings piles that had dotted the landscape are a thing of the past. After years of hard work, the first project was launched to remediate the damage caused by uranium mining, something unprecedented in the country and in Latin America.

“This is a pioneering project. Few governments in the world have invested in remediating environmental damage from mining, especially uranium mining. This project was carried out in accordance with international best practices, and the experience also served to strengthen national and local capacities,” said Ruth Tiffer-Sotomayor, project manager and environmental specialist at the World Bank.

How did the project work? It was a process of encapsulation in which the natural soil was compacted and covered with layers of gravel, lime, sandy soil, and clay, and then thin layers of mine tailings were spread between layers of fine sand and clay. The final step was the construction of a cap to completely isolate the tailings from the environment and thus ensure the public safety of the community and the protection of the environment. This remediation project was carried out by the National Atomic Energy Commission (CNEA) with support from the World Bank.

Now all the uranium ore tailings have been encapsulated under an area measuring approximately 700 meters in length, 250 meters in width, and 10 meters in height. Thanks to the technique used, the dryness, watertightness, and long-term structural resistance (estimated at 500 years) of the site is guaranteed. It will withstand external factors such as snow, wind, rain, earthquakes, floods and intrusion by shrub roots or burrowing animals.

“This project is a successful example of sustainable development, with social and economic development and respect for the environment,” said Enrique Cinat, CNEA General Manager.

There are still seven other sites in Argentina with environmental damage from uranium mining, some of which are considered top priorities because they are located near densely populated urban areas (as in the case of the city of Córdoba) or near tourist destinations (such as Los Cardones National Park, Salta Province, and San Roque Lake in the Province of Córdoba). The World Bank has also supported the CNEA in developing technical, environmental, and social options for the remediation of these sites and in purchasing equipment and strengthening the institutional capacity of provincial and municipal governments.

Malargüe will undoubtedly be remembered as the beacon that lit the way for the transformation of other environmentally damaged sites into areas where the quality of the environment is restored and the door is opened to sustainable development that will improve the quality of life for the local community.