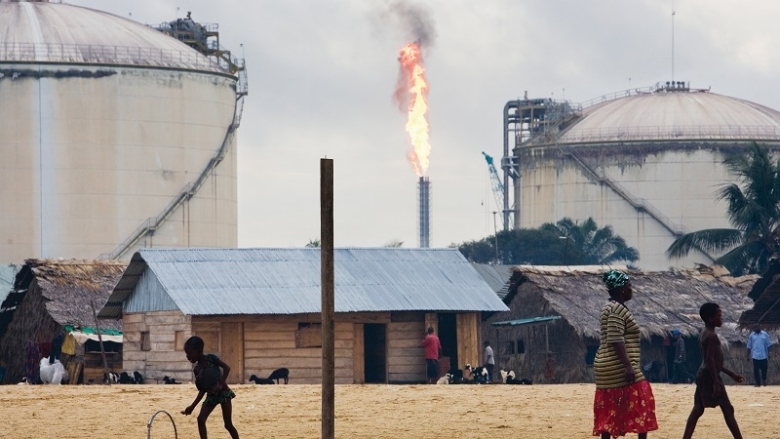 Oil and gas development is an integral part of the global economy, but has also contributed to climate change, environmental damage, and a host of other global challenges. A new report is suggesting ways the industry can reduce its negative impacts, change some of its practices, and contribute to progress on all 17 SDGs.

The report—Mapping the Oil and Gas Industry to the Sustainable Development Goals: An Atlas, launched in July—was jointly produced by the International Finance Corporation (IFC) of the World Bank Group, the United Nations Development Programme (UNDP), and the International Petroleum Industry Environmental Conservation Association (IPIECA), the London-based global oil and gas industry association for environmental and social issues. For each SDG, it lists targets that are relevant to the oil and gas industry; identifies steps that companies, as well as governments and communities, can take to support the goals; and showcases examples of initiatives that have already achieved results.

“The industry contributes to sustainability in a number of ways, like creating jobs, providing access to energy, and generating revenue for governments. But the SDGs highlight the need for more action to mitigate the adverse impacts of oil and gas development, including on biodiversity and climate change and its effects on communities,” says Lance Crist, Global Head of Oil, Gas & Mining at IFC.

As the Atlas demonstrates, the industry has already made efforts in areas such as economic development, local content and capacity building, community engagement, anti-corruption, health and safety, greenhouse gas reduction, and environmental protection. Many companies have also committed resources to advancing sustainable development.

Although the industry can help make progress toward all of the SDGs, its most important role will be in helping achieve the SDG13 targets on climate change. In the near term, natural gas can serve as an effective transition fuel, helping countries switch from coal-fired power to a cleaner alternative while the industry increases its efforts to manage the methane emissions associated with natural gas production. In the longer term, the industry has a vital role to play in testing the feasibility of large-scale carbon capture and storage.

The Atlas makes recommendations in several areas, including:

In November 2016, IPIECA members developed “Exploring Low Emissions Pathways,” which sets out the steps needed to meet the Paris Agreement targets. The document highlights three common elements of a future low-emissions world (increasing energy efficiency, reducing emissions from power generation, and addressing emissions from other end-use sectors) and endorses carbon capture and storage as a key technology to support the transition.