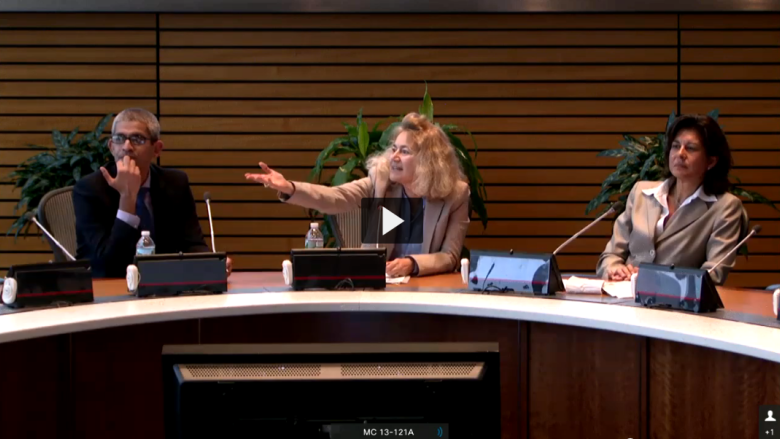 Policy Research Talk: Understanding Financial Education: What Works, What Doesn’t, and What’s Next?

“Financial education is a critical tool, especially for those who are gaining access to financial products and services for the first time,” said Asli Demirguc-Kunt, Director of Research at the World Bank. “Yet many questions remain about how to deliver this type of education effectively.”

At a recent Policy Research Talk, Bilal Zia, an economist within the research department of the World Bank, tackled this issue head on. Zia gave an overview of a decade’s worth of research on what works and what doesn’t in boosting households’ financial capabilities.

According to Zia, what doesn’t work is now very clear: generic classroom-based training for adults has repeatedly failed to enable households to make better financial decisions.

For example, a program in Indonesia offered this type of training to over 200 households, but had no impact on the likelihood that these households would open a bank account. In contrast, a small financial subsidy increased the likelihood of opening an account nearly threefold.

Faced with a blind alley, Zia and his coauthors started exploring new approaches to financial education that are more engaging, entertaining, and experiential. This new wave of research has started to transform how the World Bank and its partner countries are equipping people with the tools to make better use of financial services and products.

One approach targets ‘teachable moments’ when people are faced with a big financial decision. In one example, the World Bank partnered with the Government of Indonesia to offer training to soon-to-be migrant workers on how to manage their new source of income. The training paid off, especially when migrants and their families both participated. Migrants were more likely to make a budget, were more likely to save, and had almost twice the savings as a similar group that did not receive the training.

Another approach focuses on using mass media such as radio or television that already reach households around the world every day. In South Africa, for example, the World Bank teamed up with the makers of the popular soap opera Scandal! to incorporate a storyline about the financial mishaps of one of its main characters, Maletsatsi.

After overspending with expensive credit, borrowing money to cover her debts, and going even deeper into debt by gambling, Maletsatsi is forced to come clean to her family. Together with help from South Africa’s National Debt Mediation Association, Maletsatsi manages to work her way out of debt. In line with the messages of the soap opera, viewers significantly increased their financial knowledge and borrowing from formal (and less expensive) sources, and engaged less frequently in gambling.

Other promising programs have experimented with experiential learning, customized content that meets individuals’ specific needs, and targeting of youth, as well as combinations of these approaches.

“Financial education is not a silver bullet,” said Bilal. “But it can be an effective tool when delivered at the right time, to the right audience, through the right channels, and in combination with other interventions.”

While this new wave of research has identified many effective avenues for delivering financial education, much is left to be done. The spread of mobile phones has opened up a vast new world of possibilities for digital delivery of content that can enhance households’ financial capability.

For Zia and his coauthors, the urgency to harness these possibilities is great since it is the vulnerable who will benefit the most from more effective financial education.