"Before the HEDP awards, research was not a priority for professors in universities, but this initiative has brought about a positive change, and, in the long term, it will definitely improve research culture." 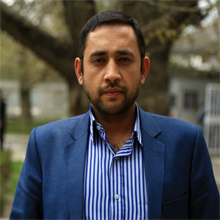 KABUL CITY – There is complete silence in the room but the chirping of birds is audible through the open window. Deep brown wooden desks line the walls and a group of scholars are hard at work, burrowing through mounds of books and reams of printed articles, taking notes and highlighting references.

Ahmad Omid Afzali, an assistant professor, and his colleagues are at work in the Natural Science Studies department at the Academy of Science of Afghanistan (ASA). Until late 2016, Afzali was a lecturer at the Faculty of Engineering, Paytakht Private University in Kabul. “My research paper was published in an international journal,” he says, “I really like research and want to study more and discover new things,” Afzali was given the opportunity to do so when he was awarded a research grant under the Higher Education Development Project (HEDP) for his study evaluating the groundwater quantity and quality in the Kabul basin.

Research has been neglected in Afghanistan due to several years of war and unrest. “Unfortunately, decades of war have negatively impacted the culture of academic research,” says Hamidullah Sokout, an assistant professor at the Faculty of Computer and Informatics, Kabul Polytechnic University. There were no resources or support for conducting studies in spite of interest in research on specific topics, says Sokout. “A lot of projects were either not taken up or were just abandoned.”

Sokout was another grantee of the HEDP research awards in 2016 and published his paper, “E-Kankor: Opening New Vistas of Higher Education through an Innovative Intelligent Tutoring System”, internationally. Sokout, Afzali, and other scholars like them believe that academic research is an important indicator of a country’s development. “The key factor for most developed countries is academic research and it will help us too in Afghanistan,” says Afzali.

Designed to support the Ministry of Higher Education’s (MoHE) second National Higher Education Strategic Plan, 2015-2020, HEDP speaks directly to the needs of Afghanistan at this point in its development—the need for indigenous research and innovation to drive the country’s growth agenda forward. “We have enough educated people in Afghanistan and by conducting research we, too, can take part in the development of our country,” Afzali says.

Sokout and Afzali represent a growing tribe of researchers who want to focus on cutting-edge studies that will impact their disciplines as well as communities. Organizations such as ASA provide them with the facilities and space to do so, while projects like HEDP provide the resources. 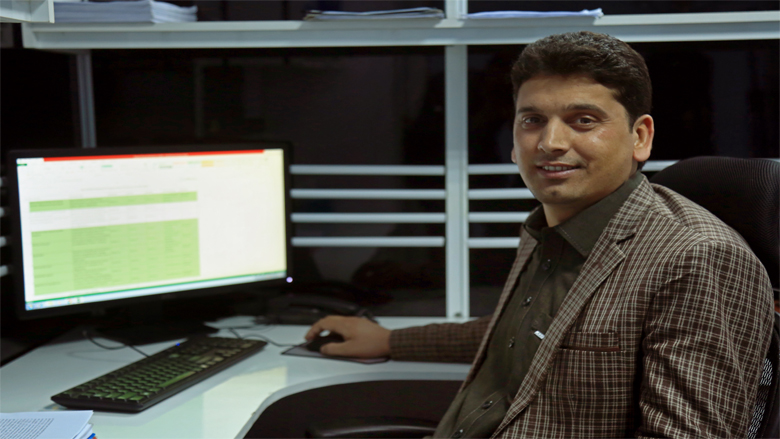 Designed to support the Ministry of Higher Education’s second National Higher Education Strategic Plan, 2015-2020, Higher Educatio Development Project speaks directly to the needs of Afghanistan at this point in its development—the need for indigenous research and innovation to drive the country’s growth agenda forward.

HEDP aims to increase access to higher education in Afghanistan, as well as improve its quality and relevance. The project has been implemented by MoHE since September 2015, with funding support by the Afghanistan Reconstruction Trust Fund (ARTF).

The project announced 30 research grants—20 for individual and 10 for group research studies—in the first year of implementation. The annual grants are part of one of the two main components of HEDP, the other being operations and technical support. The research grants, ranging from $2,000 to $8,000, are awarded in March each year. Faculty members of public and private universities are eligible to send in their proposals.

The grants are already bringing about a change in attitude toward doing research in the country. “Before the HEDP awards, research was not a priority for professors in universities, but this initiative has brought about a positive change,” states Sokout, “and in the long term, it will definitely improve research culture among universities across Afghanistan.”

The numbers, too, speak for themselves. In 2016, HEDP received just 90 proposals for the 30 grants; in 2017 this number had increased by 30 percent to 117. In 2018, HEDP expects to receive more than 150 research proposals, according to MoHE. As Sarfaraz Nawabzadah, Head of Research at HEDP observes, “Lecturers at universities all over Afghanistan are much more engaged in research now.”

The shift in interest in research is palpable. Mohammad Basir Bakhtyari, a professor at the Faculty of Education in Bamiyan University attests to having found renewed motivation for his research work. “Many professors have forgotten their main responsibility, which is academic research,” he says, “and ever since HEDP started its work, professors like me have become more interested in research. If the project continues, I think universities will regain their place in the production of knowledge and research.”

By December 2020, HEDP would have funded a total of 120 research grants to university professors. Additionally, the project also plans to establish two research centers in Kabul and a provincial university in 2017.

HEDP has also influenced changes in key regulations in higher education. “Since the project started, we revised some of the regulations for lecturers in universities,” says Professor Sataruddin Sediqi, Head of Scientific Programs Development in MoHE. “The new regulation requires every professor to have at least one published research paper in an international journal every two years to be eligible for a promotion.” These are systemic shifts that will have long-term impacts on the country’s academic culture.