Beneath the vaulted halls of the College of Engineering in Pune (COEP) undergraduate students have begun sending satellites into space. Today, after a lull of many years, the grand old institute has once again become a center of excellence.

From 2003 onwards, with support from the World Bank’s Technical/Engineering Education Quality Improvement Project (TEQIP), the institute revamped its curriculum, installed the latest lab equipment, and boosted research. It collaborated with industry and foreign universities, and set up an incubator to promote entrepreneurship.

“Today, some of the most sought-after employers – Amazon, Microsoft, Google, Yahoo and others - line up at our door for placement,” explained Dr. Sandeep Meshram who looks after campus placement.

The importance of autonomy

So, what made the difference? In one word – autonomy. Autonomy from the state on academic, financial, administrative and managerial matters.

“Unless institutes have the autonomy to determine their goals and priorities, curriculum, and methods to evaluate students, they are unlikely to succeed in preparing India’s young people for the jobs of tomorrow. Nor will they be able to encourage innovation and lay the foundations for lifelong learning, which will be the hallmark for success in the future,” said Francisco Marmolejo, the World Bank’s global lead in tertiary education.

In 2003, as a precondition for being a part of the World Bank project, the Government of Maharashtra granted Pune’s College of Engineering complete autonomy. Once it became autonomous, the institute first pinned down where it needed to improve.

Under the visionary leadership of Dr. F.C. Kohli, the then head of its Board of Governors, the college took IIT Mumbai as its role model, abandoned its curriculum altogether, and replaced it with one similar to its mentor institute.

Next, to deliver the new curriculum, 19 faculty members were sent to IIT Mumbai for intensive training.  After this, IIT Mumbai’s lectures were beamed live into the Pune classrooms. “This resulted in a quantum leap in our standards of teaching,” explained Dr. B.B. Ahuja, the college’s director.

“This kind of resource-sharing is very important, especially since higher education is an extremely resource-intensive sector,” explained Tara Béteille, the World Bank’s project leader. “India has nearly 40,000 institutes of higher education spread across the country, and this kind of sharing can help many of them improve their standards of teaching.”

Today, COEP frames its own curriculum and revises it regularly with feedback from faculty, students, the college placement cell, as well as from industry. “Way back in 2007, Dr. Kohli saw the importance of bio-medical engineering, and introduced a new course in biology,” said Dr. Ahuja. This has since been followed by other such institutes, including IIT Mumbai. COEP now plans to introduce a number of other multi-disciplinary courses.

COEP has also begun to recruit its own faculty. This has helped reduce teacher vacancies, which often plague many institutes, and enabled the college to promote their professional development. For instance, in 2003 there were just 99 faculty members; now there are a full complement of 220. Today, with the institute’s support, 55 percent of COEP’s faculty hold doctoral degrees, compared to just 5 percent earlier. What’s more, with no transfers for the past 14 years, teachers have been able to focus on research. They also receive financial support to file patents and commercialize the products they create, explained Dr Ahuja.

Financial autonomy has also enabled the institute to buy new lab equipment. “Earlier, our equipment was so old, we used to be known as the museum of engineering,” smiled Prof M.J. Rathod, professor of metallurgy and materials science. Now many labs are open 24 X 7, enabling PhD students from across Maharashtra to complete their theses. The number of publications has also shot up from just 500 in 2003-04 to over 1,600 today. In addition, 42 patents have been applied for, of which seven have been granted. Moreover, since researchers from industry and elsewhere pay to use COEP’s equipment, the college is able to pay for its maintenance. 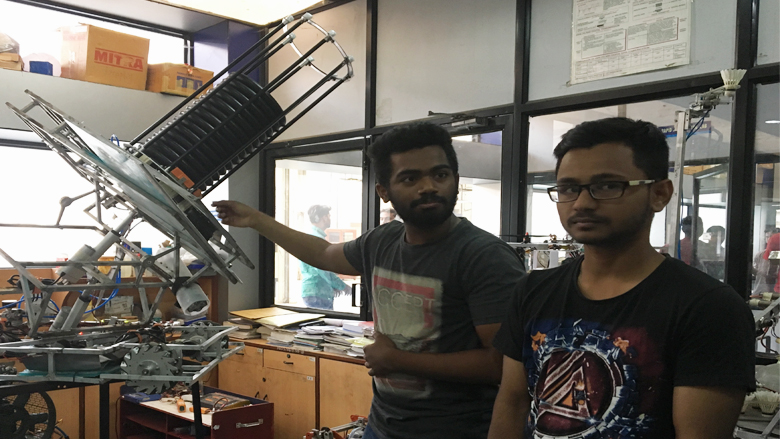 UG and PG students use new facilities for experimentation and product development.

Collaboration with industry and foreign universities

Since Pune is a major hub for high-end manufacturing, the college has taken full advantage of its strategic location to make student learning relevant for the real world. “In every department, two labs have been set up by industry. In addition, each department has an industry advisory board that charts out students’ future learning needs. Also, many opportunities have come up for collaborative research with industry,” explained Dr. Meshram, the institute’s corporate relations officer. “In addition, some 10 -12 industries provide student scholarships totaling over Rs 1 crore.”

To broaden the students’ learning experience, collaborations with foreign universities such as Nanyang Technical University in Singapore and the University of Westphalia in Germany have also been initiated. “We started collaborating with Israel on cyber security some years ago, and now we run a full-fledged master’s program in the subject,” added Dr. Mukul Sutaone, dean of academics.

A new incubator, and hand-holding by alumni

Given the importance of innovation in today’s world, ‘entrepreneurship’ has been a buzz word at the institute since 2009. Alumni have been delivering courses on the subject for some time now and, recently, have contributed to the setting up of an incubator –the Bhau Institute of Innovation, Entrepreneurship and leadership (BIEL). The aptly named institute - ‘Bhau’ means older brother in Marathi- has begun to help young start-ups turn their ideas into viable businesses; over the past four years the institute has helped 393 startups to take off. 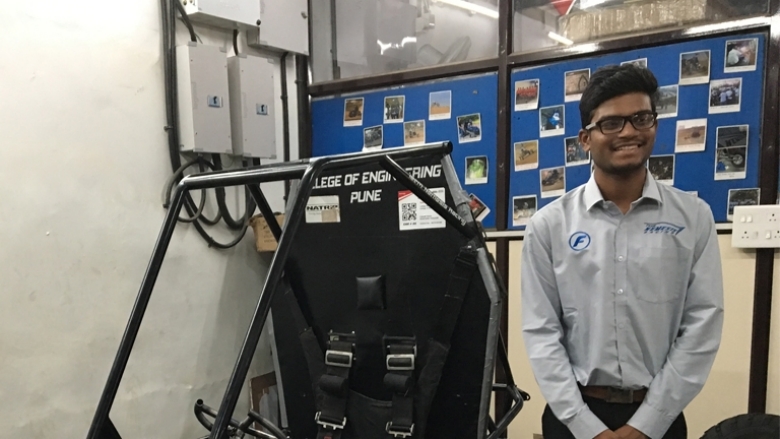 Team Nemesis, demonstrating the performance of BAJA vehicle – an all-terrain vehicle – that won the over-all championship at this year’s BAJA 2017.

The critical role of the board of governors

“None of this would have been possible without the visionary leadership of the college’s Board of Governors, especially its Chairman Dr. F.C. Kohli,” said Prof. Ahuja. “Every board member has led from the front, giving a minimum of 100 hours of their time each year with passion and energy. They have been receptive to new ideas from the bottom-up, and given quick decisions with transparency and openness.”

“TEQIP too has come as a shot of oxygen, helping us unleash our latent potential,” added Prof Chaudhuri, the institute’s deputy director. “Now, we are ready to mentor another 50 institutions on the path to excellence.”

There is no reason why other colleges too cannot deliver education to the same high standards. And, perhaps be the next to launch a satellite into space.

TEQIP III will now carry forward the quality-oriented reforms initiated under TEQIP II by focusing on strengthening engineering education in India’s low-income states. Approximately 100 government engineering colleges from these states will be paired with well-performing colleges from the project’s earlier phases. TEQIP III will also track how well students are doing in terms of content knowledge and critical thinking using internationally comparable tests.