Geothermal energy: an expensive but attractive option for Latin America 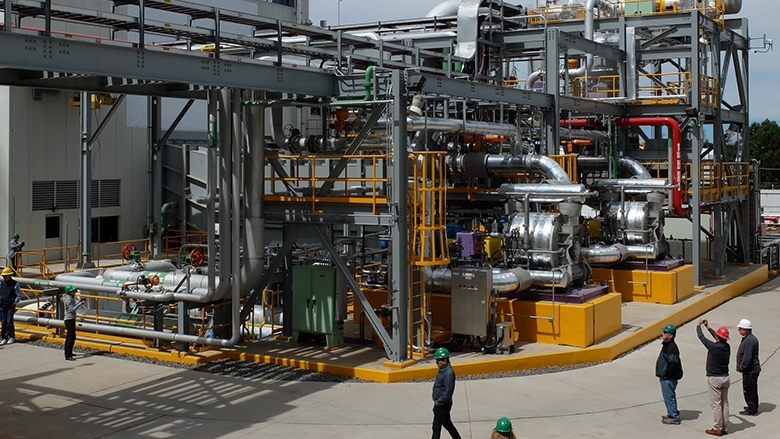 ThinkGeoEnergy
The region could benefit from the new financing models available for the sector, according to a recent study.

In a world with an increasing need for clean energy alternatives, geothermal power is attracting attention thanks to the benefits it offers when adequately developed.  It can generate electricity with less environmental impact and at a lower cost than fossil fuels such as oil and coal. And since it is a renewable energy source, it can help ensure the security of the electric power supply.

Despite these benefits, the difficulties and costs of launching operations are considerable. These can cause delayed or interrupted projects, as have occurred in some parts of Latin America and the Caribbean, according to the study Comparative Analysis of Approaches to Geothermal Resource Risk Mitigation: A Global Survey, by ESMAP, a global fund administered by the World Bank to assist countries in developing clean energy projects.

According to the report, “addressing this challenge is even more relevant given that the majority of sites suitable for development around the world are green fields, i.e., new fields that require surface reconnaissance and exploration drilling.”

The report estimates that global geothermal power generation potential is between 70 to 80 gigawatts (GW). However, after more than 100 years, just 15% of known geothermal reserves around the world are exploited for electricity production, generating just 12 GW.

In Latin America and the Caribbean, Argentina, Chile, Costa Rica, El Salvador, Guatemala, Mexico and Nicaragua have potential for geothermal power generation. Curiously, production in the first two countries is low or non-existent (even though investments began in Chile in the 1960s) while Mexico has four active fields. Brazil has few studies on the exploitation of geothermal energy for electric power generation.

An exploration campaign and initial test drilling program of three to five geothermal wells costs anywhere from $20 to $30 million. This is a modest sum compared with the cost of developing a geothermal project; nevertheless, it is difficult to raise these funds given the risks inherent in these operations.

Just locating and verifying the availability of energy resources can take two to three years. Then another three to five years are needed to carry out additional drilling to guarantee the steam supply and to build the power plant.

The public sector continues to be the largest investor in this type of energy given the perception that it is more capable of assuming risks. In Latin America, there are nine fields that receive government support, and five operating with shared investments (public and private sectors).

More than 3.5GW of installed geothermal capacity worldwide corresponds to government-funded projects. As the report states, the private sector can and should become more involved, for which reason attractive financing mechanisms for companies are needed.

As well as examining public, private and shared investment experiences worldwide, the report introduces other mechanisms, such as the geothermal resource insurance policy (used in Germany and France) and fiscal incentives for industry, which are widely used in Mexico. That country offers a 100% tax deduction on renewable energy investments.

International organizations also play a key role in the development of geothermal energy thanks to the financial resources and technical assistance they can offer, especially to the smaller economies of the Caribbean, which are highly dependent on oil and other fossil fuels.

The World Bank’s ESMAP, for example, leads the Global Geothermal Development Plan to mobilize new funds for initial investment phases, which carry the greatest risk. So far, the plan has raised US $235 million, of which $162.3 million are earmarked for projects in Latin America and the Caribbean.

These investments are important for the regional environment and economy since they can reduce some countries’ dependence on oil, a finite source of energy that is subject to constant price fluctuations and has a well-known negative impact on the environment.

" The majority of sites suitable for development around the world are green fields, i.e., new fields that require surface reconnaissance and exploration drilling "