Three Trends on Public-Private Partnerships in The Caribbean 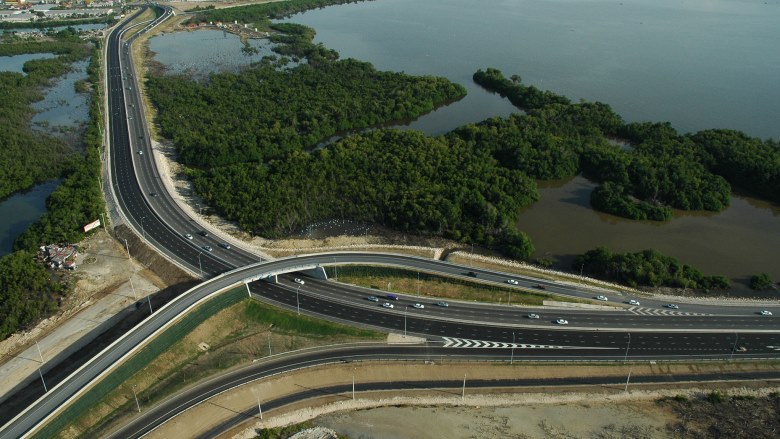 Creativity, political will and innovation are key to help close the infrastructure gap in the region

Many small developing states facing climate and social vulnerabilities struggling to develop high quality, efficient and accessible infrastructure. While private investment in infrastructure is not new in the Caribbean, the governments in the region are increasingly turning to Public Private Partnerships (PPPs) to develop and maintain infrastructure that supports national economic growth and delivers basic services to their citizens.

In the context of low growth and global tailwinds, what can Caribbean countries do to invest in infrastructure and spur sustainable and inclusive growth?

Here are some new trends on PPPs in the Caribbean:

1.       PPPs = a response to a huge infrastructure gap in the Caribbean

Many PPP projects have operated successfully for years, delivering high quality roads, ports, airports, bulk water treatment facilities, and electricity generation plants. However, in many cases the complexity of the transaction and lack of capacity within governments has meant long delays in delivering projects.

For Managing Director of the Development Bank of Jamaica Milverton Reynolds, “we pursue PPPs because we accept that the private sector will take the investment and operating risks that are involved in delivering world-class infrastructure to citizens, while at the same time free up limited public resources that governments can employ elsewhere to improve social services.”

This is one of the reason why PPPs are becoming increasingly more attractive to Caribbean governments. A recently published Caribbean Infrastructure roadmap for PPPs has identified a ‘pipeline’ of 33 projects across 11 Caribbean countries, representing about USSD 2 to 3 billion.

2.       Learning the how for a successful operation, an important step

Despite great levels of interest, only 21% of potential projects are being initiated and without technical and financial support most remain at concept or early development stages.

To tackle this, a regional Public Private Partnership Support Facility was recently launched in Bridgetown in collaboration with the Caribbean Development Bank, the World Bank, the Inter-American Development Bank, the Public Private Infrastructure Advisory Facility and the Multilateral Investment Fund to help develop and implement sound policies and transactions, and provide hands on training to increase technical capacity among governments. Nineteen Caribbean countries have just participated in a series of boot camps to equip the teams and help them develop and launch their projects in their own country.

For Christy Mastry, General Manager of Belize Infrastructure Limited who participated in the recent training organized in Jamaica, “we particularly want to discover how to generate decent revenue for the private sector, ensuring marketability and viability, while also providing services that the government can’t necessarily afford to do on its own, or where the private sector would be in a much better position to provide that service at a higher quality.”

3.       Not only roads, but also energy efficient schools, special economic zones and other innovative projects

While PPPs have been typically associated with major capital investment in infrastructure, some Caribbean governments are pushing the limits to include other areas for potential private sector investment. This is particularly true for smaller territories where the potential domestic market can be a binding constraint.

Milverton Reynolds noted that Jamaica continues to lead the region in finding new ways to partner with the private sector: from installing solar generation systems in 30 public secondary schools across the island to developing the Caymanas Special Economic Zone as a logistic and business hub for the region, or even when it comes to rehabilitating the Jamaica Railway Corporation.

Judging from the feedback received from the participants that attended the recent series of intensive training courses or ‘PPPs Boot Camps’, the enthusiasm across Caribbean governments is now palpable. Yet, several issues need to be addressed to secure sustainable PPPs in the Caribbean.

World Bank Chief Economist for Latin America and the Caribbean, Augusto de la Torre identify no fewer than ‘seven sins of flawed PPPs’, which are primarily anchored to the need for due diligence while focusing on quality control. Finding the skills sets required in a PPP partner are often under estimated and picking the right partners in any PPP is a make or break step on the road to success, stresses de la Torre.