What challenges will Latin America face in 2016?

January 4, 2016
With the end of the economic boom, the region needs to boost innovation and productivity to compete and continue growing. 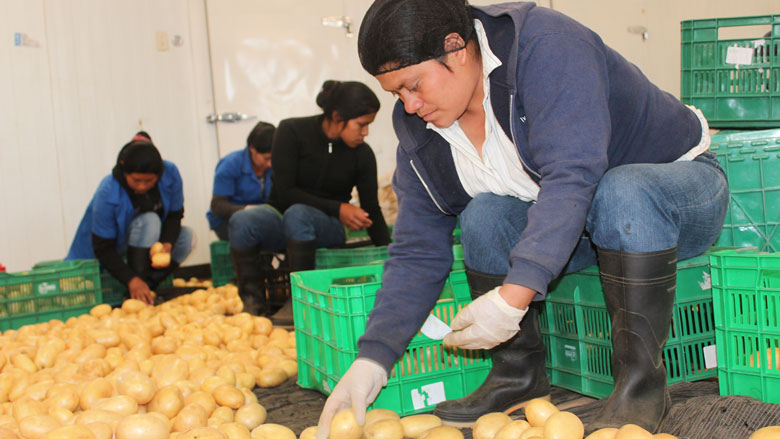 Latin America isn’t the same as it was at the beginning of the millennium. The commodities boom was the engine behind significant achievements in employment, salaries and poverty levels across the region, which ended up changing the economic landscape.

A reality promoted, without a doubt, by the rise of China. But after over a decade of growth, the tides have changed for Latin America. It’s anticipated that the region will have to adapt to a new reality of low growth in 2016, precisely because of the slowdown in the Asian giant, among other reasons.

However, while the adverse effects of the global economic slowdown are making themselves felt – higher levels of informal employment, lower salaries – Augusto de la Torre, Chief Economist for Latin America and the Caribbean for the World Bank says it is key that Latin American countries don’t lose sight of the social gains won over the past 15 years.

“Adapting to the new context will generate social problems and possibly increase income inequality,” stated De la Torre. “They have to think about social protection nets to protect the poorest families but in such a way that doesn’t de-incentivise the desire to work and create jobs.”

The future is self-employed

Regarding the latter, the region is fortunate in its notable entrepreneurial spirit.

Today, 60% of Latin Americans of working age own their own business or work for a small company, and these initiatives are expected to maintain their relevance in the Latin American labour market in 2016.

Furthermore, with fewer options for landing a quality job, the youth are following this trend with increasing frequency. In fact, within the past four years, 19% of new businesses in Latin America and the Caribbean were founded by someone under the age of 35.

In the Caribbean, for example, the rate of youth unemployment is far above the regional average, and often the only option for the youth is to migrate.

“Digital technology is key to us,” assures Julian Robinson, Minister of State for Science, Technology, Energy and Mining in Jamaica. “Traditionally we have depended on physical products, but we believe that there will be a quantum shift towards maximising our intellectual assets. We see the digital economy as a means of realising the potential of the creativity that exists in Jamaica,” he added.

However, to convert this potential into a reality, you first need a good foundation of human capital and a well-qualified workforce. And education quality remains a pending issue for the whole region, and therefore, a key challenge for 2016.

While access to education today is almost universal across the region, quality remains low. A 2014 study revealed that the low quality of education in Latin America puts students two years behind the OECD average.

In order to be able to effectively compete against the big players in the international market, improvements to the education system will help the region jump the barriers that it faces with regards productivity and innovation.

Globally, 2015 was a decisive year with regards climate change and efforts to fight it, which was best highlighted in the historic agreement in Paris, which all Latin American countries signed.

If global temperatures were to rise more than 2C by 2100, Latin America will be one of the most affected by the extremes of climate change.

Consequently, the challenge of sustainability and adaptation to preserve the environment will be vital challenges that Latin America will face in the coming year, both in terms of mitigating the threat and the effects which will start to be felt.