European Commission Gets Tough with Illegal Unreported and Unregulated Fishing, With A Little Help from Liberia 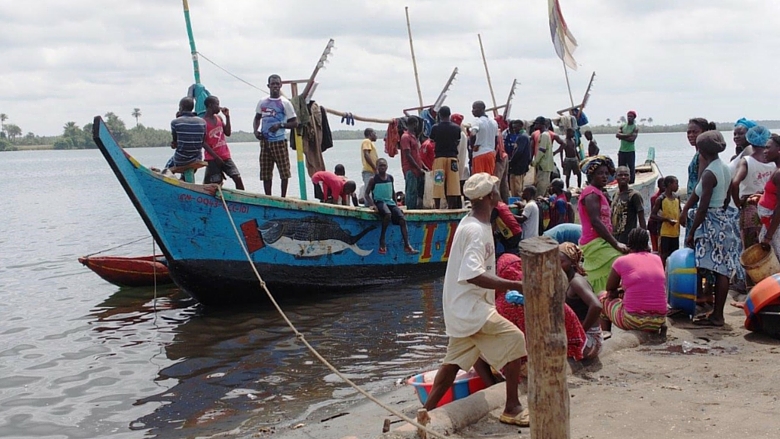 The European Commission reached a significant decision this month -- motivated in part by clear evidence of European vessels illegally fishing in Liberia -- to adopt more stringent regulations that will bring transparency to the murky business of flagged vessels fishing in distant waters.

“The industrial fishing community is smaller than you might think,” said Stephen Akester, fisheries management adviser to the Bank’s West Africa Regional Fisheries Program (WARFP). “And they get that this new level of accountability is happening. The Bank’s attention to governance is transforming [fishing in] the whole region,” he said of IUU (Illegal, Unreported and Unregulated) Fishing on the West African Coast.

On Dec. 10, as part of its new Common Fisheries Policy, the European Commission proposed a system to allow authorities to better monitor EU vessels outside their waters as well as international vessels in EU waters. In order to obtain permission to fish, vessels will have to comply with EU rules that include licensing and background checks concerning old violations, fines and infringements. Previously, a European vessel did not have to register within Europe before fishing in another countries’ waters or Areas Beyond National Jurisdiction (ABNJ). By 2017, member states will have a better understanding of who is fishing in their name in Exclusive Economic Zones (EEZ) around the world.

The decision followed Liberia’s gathering of evidence that there was illegal fishing in its waters during the years 2011 and 2012 by ships flying regional, Asian and EU member state flags.

Through new technologies, including satellite tracking of the boats’ on-board Automated Identifications System (AIS), and other vessel communication, specialists have been monitoring in real time what boats are fishing off the coast of Liberia, thanks to the WARFP resources. The monitoring by specialists can bring suspicious boat activity to the attention of the authorities, including transshipment- which occurs when fishing vessels illegally and repeatedly load their catch on to carrier vessels further out to avoid detection.

IUU fishing plays a huge role in the depletion of marine fish stocks, and developing nations have long been victims of this practice. Global losses have been estimated from $10 to $23 billion a year.

Liberia held its first international conference in 2012 in Monrovia, in order to begin the arduous process of negotiating new agreements with EU and other regional states that would help ensure procedures and regulations were in place to manage fisheries sustainably.

This was followed up with more meetings in 2013, leading to a Memorandum of Understanding and Tuna Agreement on managing the resources of the region. (Participants worked toward a sustainable tuna fishery in the coastal states of West Africa, including Sierra Leone, Liberia, Cote D’Ivoire and Ghana.) Then-Minister of Agriculture Florence Chenoweth was a pioneer on this project, according to Prince, and helped lead the way toward better monitoring and control measures that will support the replenishment of West Africa’s fish stock and degraded marine environment. This is key to ensuring long term food security, livelihoods and revenues from living marine assets.

“Diplomatic representatives of the European Union at the conference were shocked by the level of IUU fishing by some European flagged vessels,” Akester recalled.  Initially, some diplomats attended the meetings with the idea of protecting their own fleets, he added. Ultimately, the European Commission has recognized the damage IUU fishing has caused internationally and fishery specialists are heralding the possibility of a new era.

Regulation is increasingly influenced by evidence that West African countries are generating that pertains to all Distant Water Fishing Nations (DWFN). At the same time there is a promising global trend of countries that have an international fishing industry -- including Korea – that are adopting legislation to maintain better control over the vessels flagged in their name around the world. However, other DWFNs have yet to follow the examples of the EU and Korea.

Earlier in the year, Liberia also signed its own fishing agreement with the European Commission. The EU said in a statement that it will help both parties in their fight against IUU fishing. The new partnership with the EU is also expected to contribute to Liberia’s recovery and food security in the wake of the Ebola crisis.

“When I started working on fisheries twenty years ago I had little hope about a bright future for fisheries,” Prince said. “I see change now. Market incentives against illegal fishing, new technologies for monitoring, and political mobilization at the highest levels. It all gives me hope.”