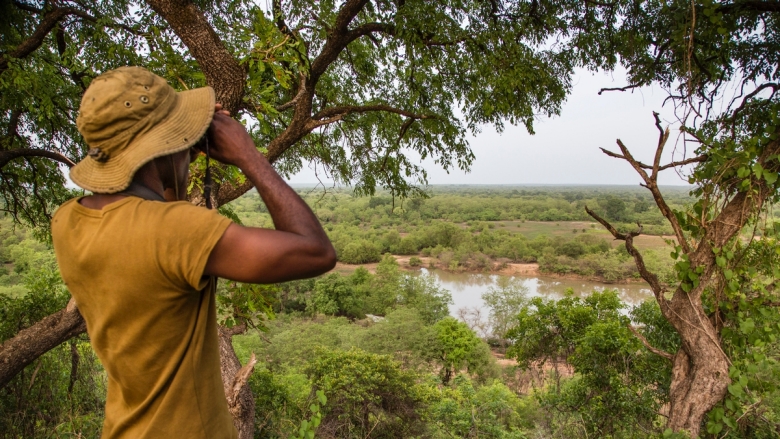 When nature is well managed, many sectors of the economy thrive – agriculture benefits from good soil and plentiful water; fisheries are rewarded with valuable catches; coastal cities are better protected from storms.

“Growth in the tourism sector is also supported by natural assets such as clean beaches, attractive landscapes and plentiful wildlife,” points out Urvashi Narain, Senior Environmental Economist at the World Bank, ahead of a December 8 World Bank Group Tourism Forum in Washington, DC.

In Tanzania, home of the Serengeti and the Mount Kilimanjaro, nature-based tourism accounts for about 10 percent of GDP. Tourist numbers have doubled between 2000 and 2012 and the sector generates the bulk of export revenues for the country. This is not unique to Tanzania. In Namibia, 19 percent of all employment (direct and indirect) has been attributed to nature-based tourism, and in the Maldives, tourism is the major source of government revenue that finances health and education.

Tourism has emerged as a driver of growth for many emerging economies: In the mid-1990s, low and middle-income countries’ share in international tourism receipts was only 17 percent of the world’s total. By 2012, that share had grown to 28 percent. This trend is driven by low-cost air travel to more destinations, the development of natural and cultural tourism sites, and better infrastructure and service in developing countries.

Within this sector, nature-based tourism can “allow countries to better manage their natural assets while encouraging more travelers to support growth and jobs, often in marginal rural areas,” says Narain. When development of strategic infrastructure—as well as water and land--is properly managed, nature-based tourism can benefit those who often gain the least from tourism. However tourism and infrastructure development must be carefully planned and executed to protect the value of natural assets. In other words, tourism must be sustainable to be attractive and profitable in the long term. 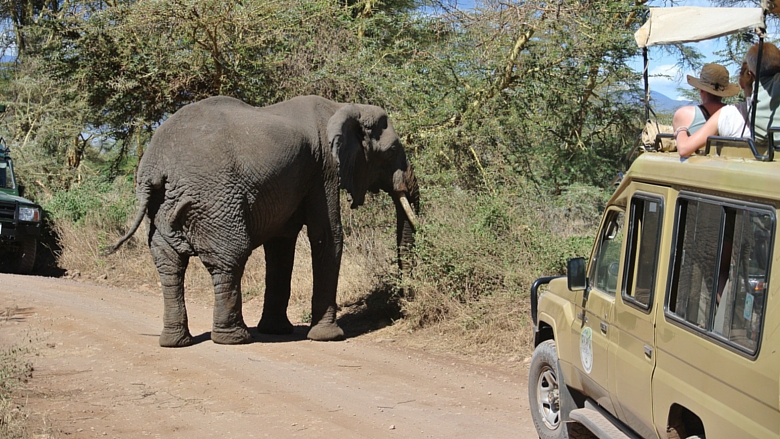 To harness the potential of nature-based tourism, a number of countries have turned to the World Bank Group for advice and investments to improve sustainability, governance, competiveness and private sector investment.

In Tanzania, for example, where tourism has been largely unaffected by the 2009 global economic downturn, the Bank completed an assessment of “tourism futures.” The report found that while Tanzania has built a resilient and high revenue industry, it is also at a crossroads. “New development around key tourism assets must be carefully planned and executed to ensure they do not erode economic value and the sustainability of the underlying ecosystem,” warn the report authors.  Benefit sharing and linking up with local communities are also crucial to tourism futures.

The study finds that Tanzania can diversify tourism and avoid overcrowding by developing the country’s south, home to 10 percent of the world’s lions. This will require efforts to improve the business environment, manage the pressure on water resources, address a serious poaching crisis and link tourism with the local economy.

This integrated approach is at work also in the Caribbean, where clean beaches and healthy reefs are big tourist draws. Nature-based tourism is one of the region's major economic sectors, with 25 million visitors contributing US$49 billion towards the area's GDP in 2014, and supporting about 11.3 percent of jobs.

“However significant the sector is today, only a fraction of total tourism benefits actually go to host island nations since most tourist visits are arranged through foreign-owned companies that support foreign-owned hotels,” underlines Pawan Patil, Senior Economist at the World Bank. “The World Bank Group is ramping up support to Caribbean nations, providing technical assistance and incubating innovation, so we can help small island states realize the full potential of their blue economies.”

Last year, for example, a reef assessment in Grenada revealed that several reef areas are threatened by rising sea temperatures. As a result, in Grenada and Jamaica, the Bank is partnering with the private sector and foundations on an initiative that would manage a community-led reef restoration zone funded by voluntary contributions from foreign visitors, while training and hiring “coral gardeners” to maintain new coral plantings.

In Jordan, where travel and tourism used to account for 12.5 percent of GDP but declined since the Arab Spring, “nature-based tourism is considered one of the pillars of a tourism renaissance due to the kingdom’s diverse natural landscapes,” says Banu Setlur, Senior Environmental Specialist. The Bank-supported Badia Ecosystem and Livelihoods Project is restoring community-managed ecotourism along an approximately 300-km corridor in north Badia where ecolodges and campsites will enable low volume/ high value community-centered tourism. The Feynan Ecolodge, for example, employs about 32 people and provides income opportunities for dozens more.

The Royal Society for the Conservation of Nature is replicating this model in its other reserves, and will bring it to the proposed Protected Area of Burqu through an ecotourism development plan that was designed with the local communities.

In Mozambique, the Bank’s integrated approach to landscape management helped deliver the Transfrontier Conservation Areas and Tourism Development program aimed at conserving biodiversity and promoting economic growth through nature-based tourism. Wildlife corridors—or habitats that connect wildlife separated by human activities and structures like roads – are important for marine and terrestrial species such as whale sharks and African elephants. Several of Mozambique’s conservation areas share biodiversity and ecological linkages with neighboring countries; and different types of land and threats to biodiversity require collaboration between local governments, communities, smallholders, large-scale private land owners and others.

The program bolstered cooperation among neighboring countries, expanded conservation areas, improved infrastructure, created new enterprises, revenue and jobs for local communities, and helped increase tourism by almost 200 percent between 2006 and 2013.The program, known as Mozbio, is now in its third phase: the Conservation Areas for Biodiversity and Development Project. To take full advantage of potential tourism growth and contribute to reducing poverty around conservation areas, Mozbio will expand marine conservation to three new highly-visited protected areas and strengthen the country’s overall capacity to manage the tourism sector. “This is a great opportunity for Mozambique,” emphasizes Claudia Sobrevila, Senior Environmental Specialist, “since nature-based tourism – both terrestrial and coastal – is expected to be the country’s largest growth sector in the coming decades.” 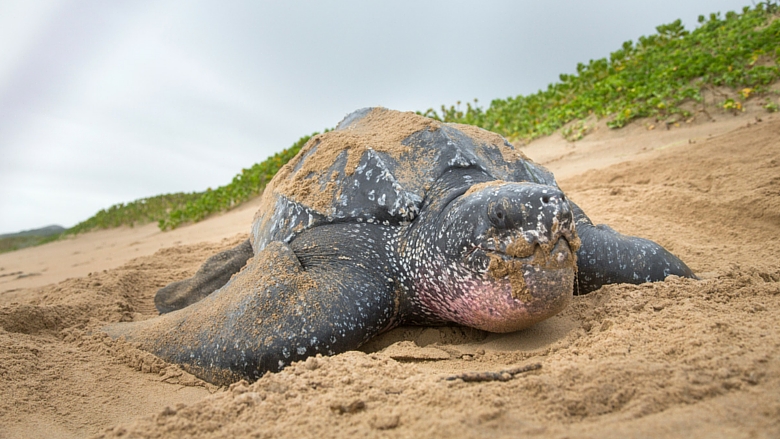