Take the Bus: it’s Faster than Your Car 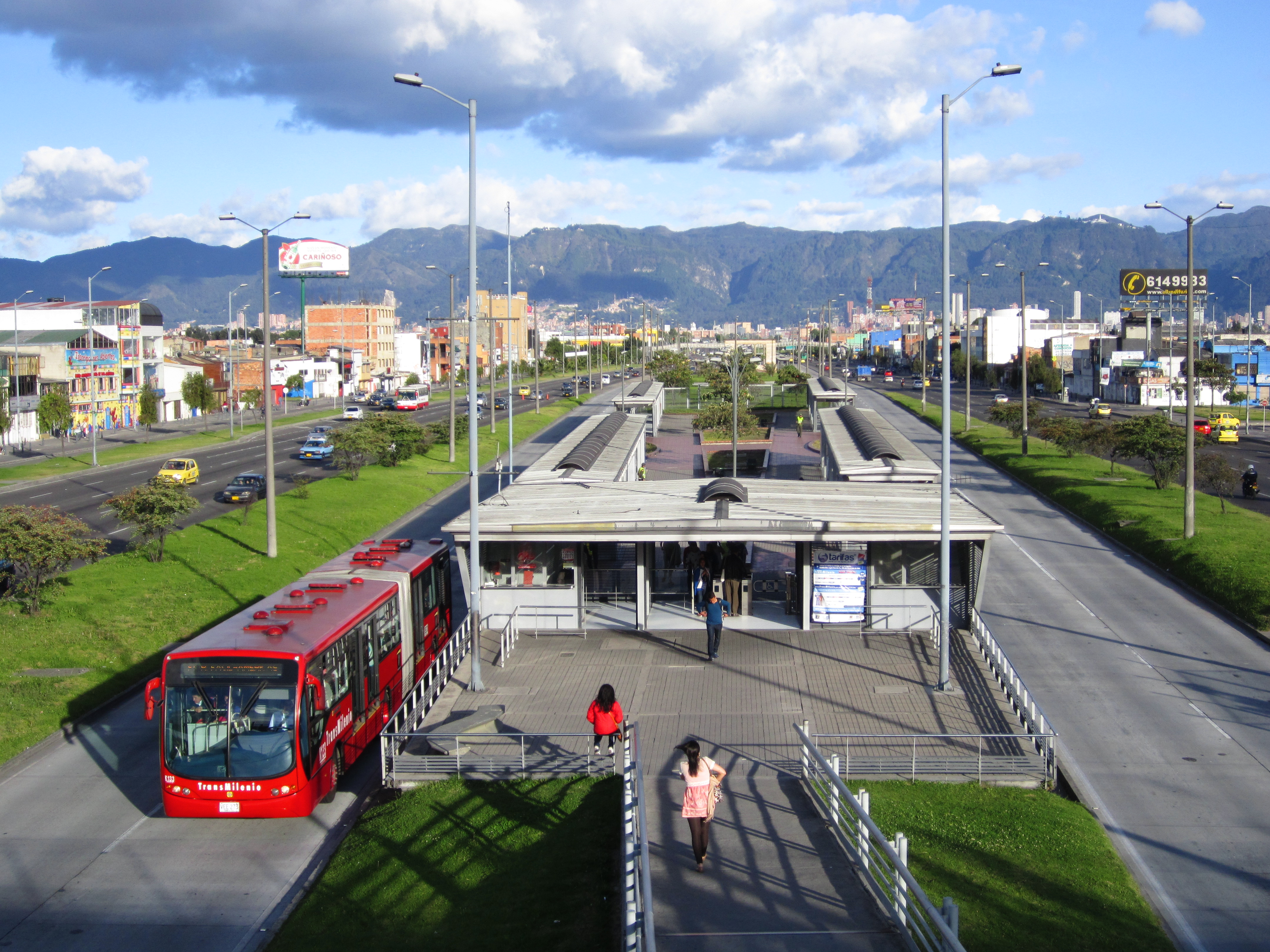 Bus. Rapid. Transit.  Those three words, taken together, mean what they say—and so much more.  The world’s cities are growing quickly. By 2050, experts say, 63% more people will live in the world’s congested cities than do now.  Bus rapid transit is a relatively fast, efficient, and climate-friendly way to move millions of commuters through those cities. And BRT, as it is known, has a foothold in cities on every continent, cities as diverse as Dar-es-Salaam, Shanghai and Bogotá.

Nowadays, cars and trucks clog some of the globe’s most tightly packed cities, leading to 3.7 million premature deaths due to air pollution and 1.2 million traffic deaths due to lack of road safety.  And regular city buses get caught in that traffic, stopping at every light and waiting to make turns, adding to the congestion and pollution.

“Buses want to stop frequently and pick up passengers,” explains Andrew Losos, a transport specialist at the World Bank, who is especially interested in BRT’s potential mitigation impact on climate change. “And cars and trucks don’t want to do that at all, they want to move. So if you mix both it is an impediment. Separating them gives them each their own space and they each perform better.”

Bus rapid transit offers a way to contain and control urban transportation, cut down on emissions, and reduce traffic accidents. New research shows BRT can reduce travel time by millions of hours for commuters worldwide. BRT users in Istanbul, can save 28 days’ worth of commuting a year by shifting to BRT. Commuters in Johannesburg can save an estimated 73 million hours between 2007 and 2026. That’s good for bus riders and for the economy—that equals more than 9 million eight-hour work-days.

Bus rapid transit is an integrated philosophy of movement—much thought and design goes into making those buses move quickly. The system is a little like a light rail network. Done properly, BRT requires a:

BRT is especially popular in cities in Latin America, where it has often meant faster travel times and lower emissions.  BRT also often means changes for the somewhat chaotic over-supply of small buses, which are not as efficient as the larger, newer, dedicated BRT buses, some of which can carry as many as 160 passengers. BRT systems carry more passengers per ride and the fleet tends to be cleaner and in better repair, often because the BRT buses are part of a large network whose owners are responsible to city leaders.

One of the interesting features of BRT is that it works very well in some cities and is less useful in others. Seoul, South Korea, has an efficient BRT system, which moves millions of people every day. That’s a function of many disparate things, says Losos, among them city planning, technology, finances, and political will. “Seoul is large and very congested, so if you put BRT in where it makes sense, where you’ll get a high rate of occupancy, where its relatively cheap and safe, people will take it,” he explains.  “The buses need to be full—if the bus occupancy rate is low, then BRT does no good for slowing climate change.”

World Bank experts recently discussed the latest on BRT at a brown bag lunch, which also touched on the growing interest in and research on the uses of technology in transport.  In a world where cellphones are everywhere, planners say they’ll be able to ease congestion, wait times and pollution by contacting commuters via SMS or social media to warn them of weather and traffic delays.