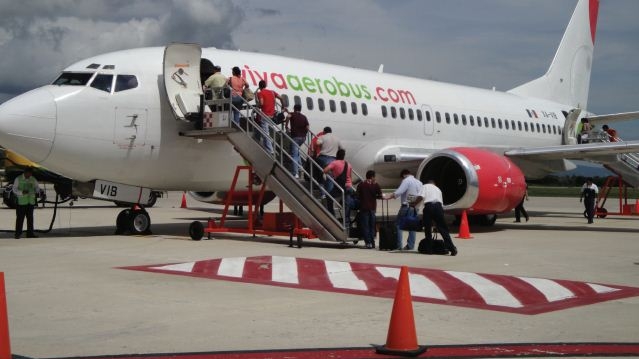 Low-cost carriers, such as the United States’ Southwest Airlines and Ireland’s Ryanair, have transformed the airline industry over the last decade. According to a new World Bank Group book, this business model could also help catalyze air transport in the world’s less-developed countries, especially in Sub-Saharan Africa.

“This book strives to discover and communicate the premises and prerequisites of the low-cost carrier model, and help countries assess whether this business model could be successful in their particular contexts,” said Dr. Charles Schlumberger, co-author of the book.

The book, titled “Ready for Takeoff? The Potential for Low-Cost Carriers in Developing Countries,” strives to offer standard definitions to describe low-cost carriers (LCCs), while also exploring key characteristics and advantages, which include:

A team of World Bank experts, including Dr. Schlumberger and Senior Director Pierre Guislain, is presenting the book at this week's Airport Economics and Finance Conference and Exhibition in London.

While the LCC model has made a substantial impact on the aviation industry in Europe, Asia and the United States, uptake has been slower in some developing countries, which could benefit from the resulting economic boost. Studies show that LCCs not only stimulate the aviation market, but also have broad positive effects on employment, gross domestic product (GDP), tourism, productivity and trade.

While the entry of LCCs into developing countries is more recent and substantive data is still emerging, the book analyzes the impact of reduced fares and increased air traffic in Mexico and South Africa.

The impact on LCCs on developing countries certainly depends on a variety of market conditions. However, the “Ready for Takeoff?” book identifies several key factors – gleaned from research and stakeholder interviews – for success:

“Just as they have revolutionized travel in many of the world’s developed countries, we believe in the potential of LCCs for developing nations given that certain conditions are in place,” said Nora Weisskopf, co-author of the book. “To that end, this book isn’t meant to provide a complete picture, but rather serve as a launch point for additional research and analysis in countries that could benefit.”

Through the fostering of competitive market environments, targeted infrastructure investments, and capacity building that addresses safety and security challenges, the book highlights significant opportunities for developing countries to harness the power of LCCs. In regions such as East Africa, for example, projected traffic forecasts and a growing tourism industry could result in soaring economic development, but a number of obstacles will have to be overcome for LCCs to be financially sustainable.