February 9, 2015 – The World Bank can play a critical role in facilitating transparent and meaningful talks between mining companies, electricity producers and governments in Africa about ways to work together to bring energy to millions of people in the region, panelists at a global mining event said on Monday.

In Sub-Saharan Africa, where only one in three people have electricity, reversing that reality can help reduce poverty, and get people access to education, health care and other basic necessities, which in turn can lead to strong economic growth.

“What we see here is a role for the World Bank,” said Mark Bristow, CEO of Randgold Resources at the Investing in African Mining Indaba in Cape Town.

“The industry and the governments pass each other in the night every day and somehow we have to stop and have a conversation.”

He also said mining investments would not work without lower-cost reliable power.

Mining executives and representatives from utilities and governments are gathered this week at the conference, where the World Bank Group launched its report entitled “The Power of the Mine: A Transformative Opportunity for Sub-Saharan Africa.”

The report estimates that demand for electricity from the mining industry in Sub-Saharan Africa could reach over 23,000 megawatts by 2020, about three times the level it was in 2000. To satisfy that demand, mining companies are expected to spend $3.3 billion between 2012 and 2020, spending most of it on private sources of power supply.

Click here for full infographic: Power of the Mine

Image: World Bank Group
" How do we get all of the different parties around the table? That’s one of the convening roles that the World Bank, along with industry institutions, has played in the past and would very much like to play going forward. " 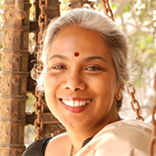 In reality, it is often more costly for these companies to produce their own energy than to rely on the grid. If mines can meet their demand from national or private power producers, they get reliable, lower-cost power while becoming the long-term customer that utilities need to expand and connect people to affordable electricity.

Cyprian Chitundu, the managing director of Zambia’s utility ZESCO Limited, echoed this idea as new power plants are being built in the country.

“We would like to see the mining companies—which are consuming so much power—to become anchor customers to these new plants,” Chitundu said. “That makes these projects more bankable.”

Ghana did this decades ago. The country built the Akosombo Dam to power a 912 MW hydropower plant, banking on the country’s aluminum smelter to be its main customer since national demand in Ghana at that time was only 70 MW. The excess power it generated has since been used by other big industrial customers, allowing for expanded electricity infrastructure for households.

Ghana is a good example of what the report seeks to point out, said Nii Osah Mills, the country’s Minister of Lands and Natural Resources.

“The gain for Ghana is that the mining companies pay a foreign exchange. That’s a critical gain. The mining companies… and all industrial firms, are paying at a rate higher than domestic (customers). So that spreads across and enables more revenue and GDP growth - all in one package.”

A similar scenario, where the energy needs of mining companies can be leveraged to build up the country’s infrastructure is exactly where Guinea hopes to be in the future, said Dr. Kerfalla Yansane, Minister of Mines and Geology.

“As a result of lack of electricity, the growth rate of Guinea has been, on average, about 4 percent over the last 20 to 30 years. This is harming at least half of the population. We need to have growth rates in double digits over the next 10 to 15 years… Now, we are hopeful that given the huge investment of the mining sector, they could be good customers for electricity.”

Panelists also acknowledged that low commodity and oil prices may not be permanent and that it would not stop them from looking for sustainable energy solutions—a move that Anita Marangoly George, Senior Director of the World Bank Group’s Energy and Extractives Practice said the institution would be glad to support.

“How do we get all of the different parties around the table?” George said. “That’s one of the convening roles that the World Bank, along with industry institutions, has played in the past and would very much like to play going forward.”

The Power of the Mine report was funded by the World Bank’s Energy Sector Management Assistance Program (ESMAP) and the South African Fund for African Energy, Transport and Extractive Industries (SAFETE).

The Power of the Mine