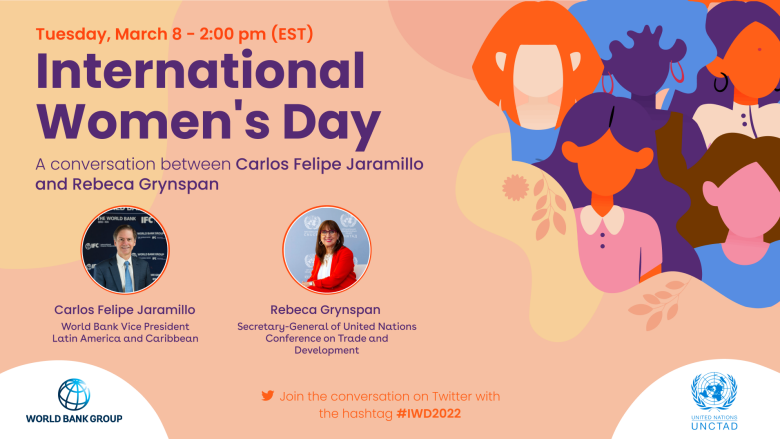 On International Women's Day, Carlos Felipe Jaramillo, Vice President of the World Bank for Latin America and the Caribbean will chat with Rebeca Grynspan, the first woman to lead the United Nations Conference on Trade and Development.

The conversation will focus on opportunities for women in Latin America and the Caribbean in the areas of STEM (science, technology, engineering, and mathematics), entrepreneurship, labor market, digital development, and leadership, keys to an inclusive and resilient recovery in the region.

You can watch the event via Twitter or on this webpage

Join the conversation on Twitter with the hashtag #IWD2022