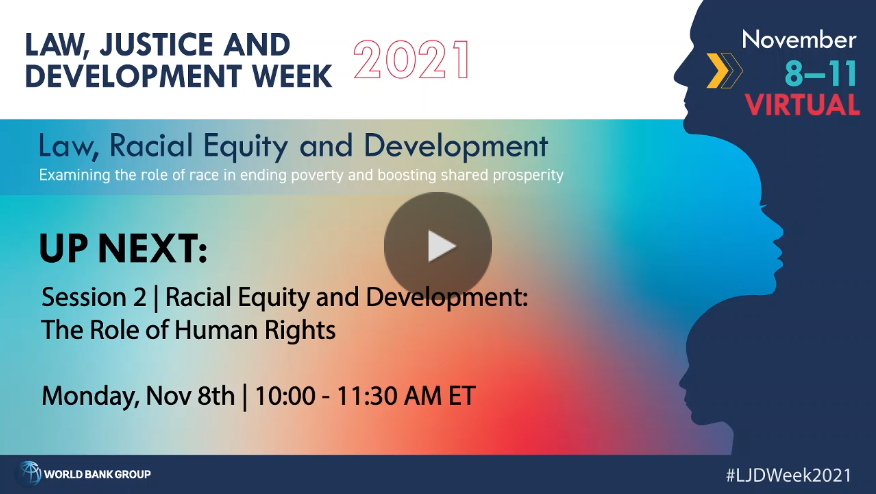 Human rights law enshrines the norms of equality and non-discrimination with respect to racial and ethnic origin.  Racial equity is relevant to development for a variety of reasons—some normative and some instrumental.  The definition of development itself has evolved to include more holistic conceptions of human development defined in terms such as empowerment, capabilities, freedoms, well-being, and inclusion, among others. Each of these goals and principles is threatened by racial discrimination.

The session will explore how human rights law and principles relating to racial equity and combating racial discrimination are essential to achieving the SDGs. In addition, this session will articulate arguments about the value added of human rights in fostering more inclusive development processes and maximizing sustainable development outcomes for racial and ethnic minorities.

The session will also examine how racial equity is relevant to the attainment of the Bank’s Twin Goals of eliminating extreme poverty by 2030 and boosting shared prosperity, which emphasize the need for development to tackle exclusion and inequality.  Look forward to panelists sharing lessons-learned and analysis of the characteristics that these mechanisms could have to influence legal reforms addressing racial discrimination.