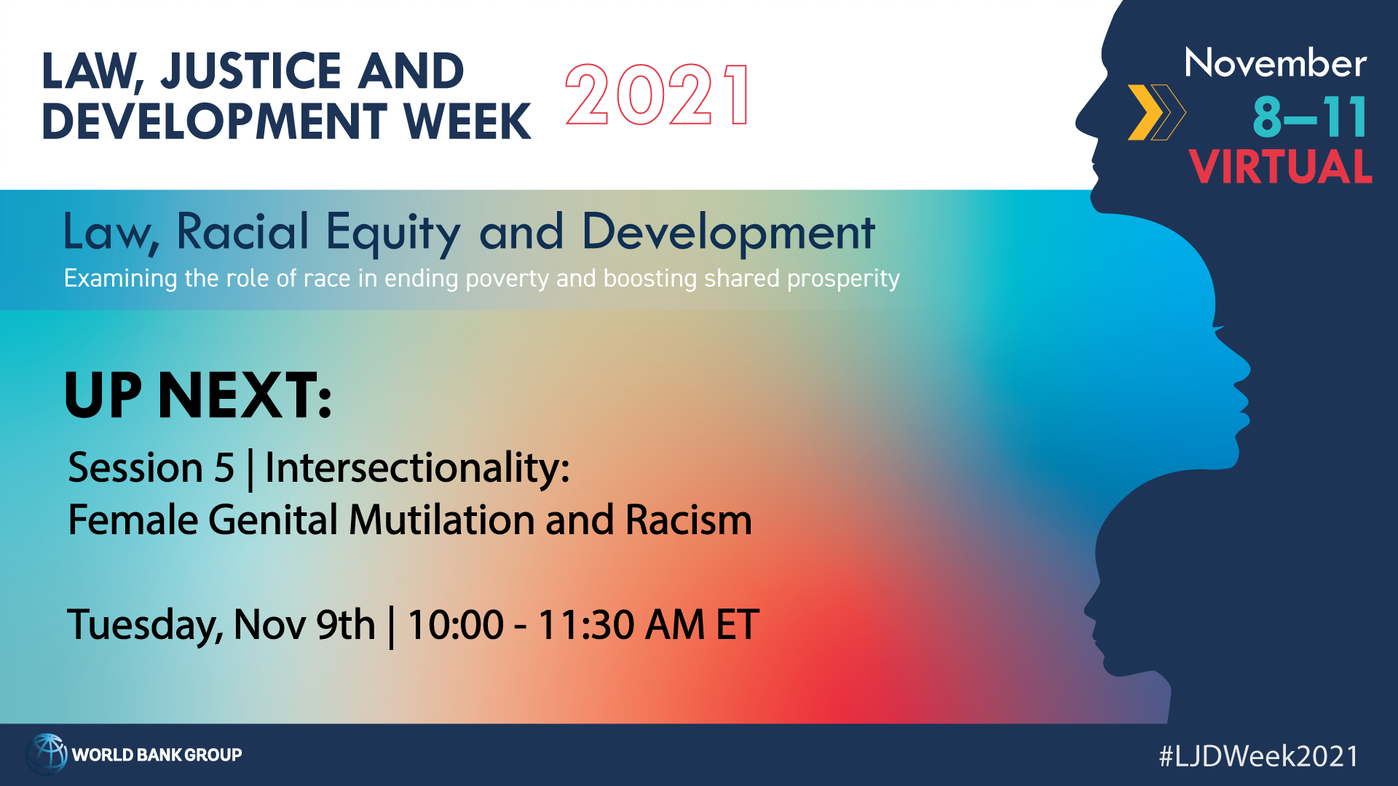 Female Genital Mutilation (FGM) is an extreme form of gender-based violence (GBV), a specific violence against women and girls (VAWG), a sexual assault, a domestic violence, a child abuse, a human rights violation, and a development impediment that affects more than 200 million women and girls in the world with long-lasting and irreversible consequences.

FGM is often addressed as an African issue, but it is practiced on every continent. This is also noted in how there are far more women cut women in the USA (around 520,000) than in Guinea-Bissau (around 400,000).

The two-way intersectional forces that operate between FGM and racism must be addressed both to ensure racial equality and to end the practice of FGM by 2030. This session will bring together FGM experts and activists from around the world and will explore the ways in which inherent underlying racism is preventing the effective protection of every women and girls while leaving no-one behind; the ways in which FGM and racism’s consequences on health, education, wellbeing, social and economic development are similar and cumulative; the idea that special laws criminalizing FGM are tinted with discrimination when every country already has applicable general laws on bodily harm, injuries, mutilation, VAWG and femicide; and the idea that development actors’ general reluctance to address FGM directly can to some extent result from a span of underlying racial and gender biases.