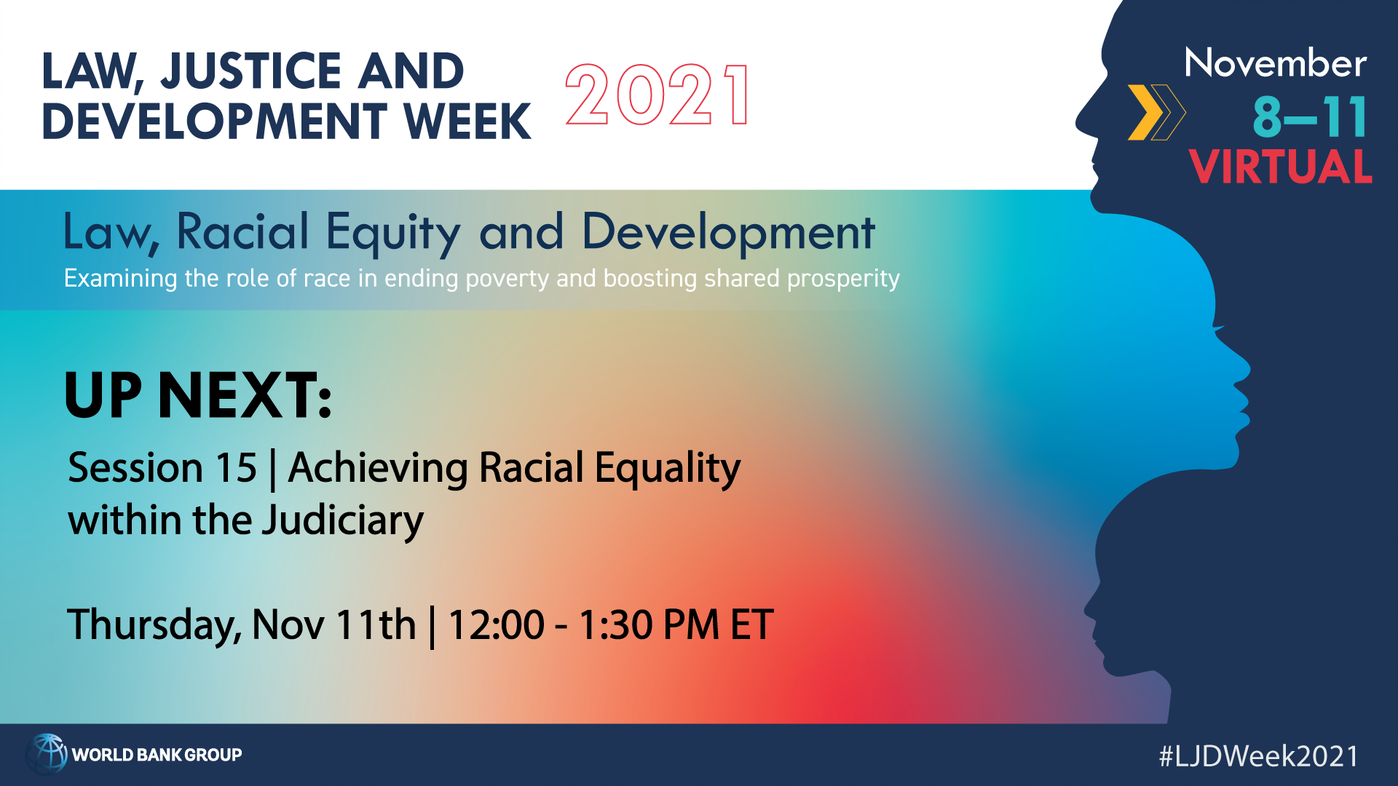 An event of the Law Societies’ Compact & Forum for SDG 16, co-organized with the Paris Bar Association

The Law Societies’ Compact & Forum for SDG 16 (the Compact) comprises professional societies of lawyers from across the world. Given their skills and the role their place in society, lawyers play a vital role in upholding the rule of law and human rights.

Police brutality has often been the focus of the most discussions on racism. However, numerous studies in different countries confirm that racism is found at all stages of the legal and judicial chain. Instead of a neutral application of the law to each individual case, a person's origins and ethnic background have influenced the way the law is applied and the final court decisions.

Access to the court system and legal representation have also been shown to vary depending on the social and racial background of the affected parties, leading to uneven enforcement of matters ranging from access to land, housing, healthcare, all the way down to issues related to criminal law. Studies further show that those who apply the law are unaware that they are influenced by such biases, and these racial biases in the justice system remain one of the most obvious examples of institutional or systemic racism.

This results in greater distrust of these institutions, justified by their experiences of racial profiling, harsher treatment and punishment, and an over-representation of these groups in prisons. The effect of this dysfunction is to sideline entire sections of the population from citizenship by undermining their rights, first and foremost to a fair trial or even simply access to law and justice, and thus to create a deep rift in society and a strong impact on a country's development capacity.

The Compact & Forum’s Working Group on Access to Law focuses on proposing concrete actions and avenues of reflection to promote access to law in favor of the realization of SDG 16.

Fighting racial discrimination and bias in the justice system is a crucial element in ensuring access to justice for all and the realization of SDG 16. Based on this perspective, the session will examine how judicial systems are affected by the phenomenon of structural racism and what strategies can be put in place to remedy this, focusing particularly on the role lawyers can play to lessen these issues and improve the rule of law, as they are in the front line of the judicial system.

In that sense, a high-profile panel of experts will provide insight into the fundamental role of access to rights in combating racism in the courts and the concrete initiatives proposed and implemented by bar associations and lawyers' organizations from various jurisdictions around the world. Such exchanges can be crucial in disseminating knowledge leading to the formulation and implementation of similarly successful initiatives in different jurisdictions.