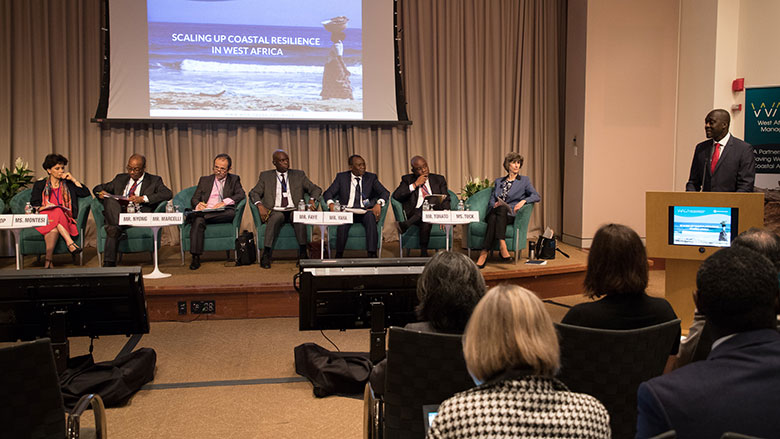 Coastal areas in West Africa are under intense pressure from natural and anthropogenic activities that threaten the infrastructure and livelihoods of an ever-increasing coastal population.

The West Africa Coastal Areas (WACA) Resilience Investment Project will be submitted to the World Bank’s Board of Executive Directors for approval in March 2018.

This event will highlight the urgency of addressing the causes of coastal erosion and flooding in a sustainable manner and the need for coordination between states, the public and private sectors, and among the various technical and financial partners involved.

A platform for WACA will be announced to crowd in much-needed finance and expertise to address the magnitude of the problem.