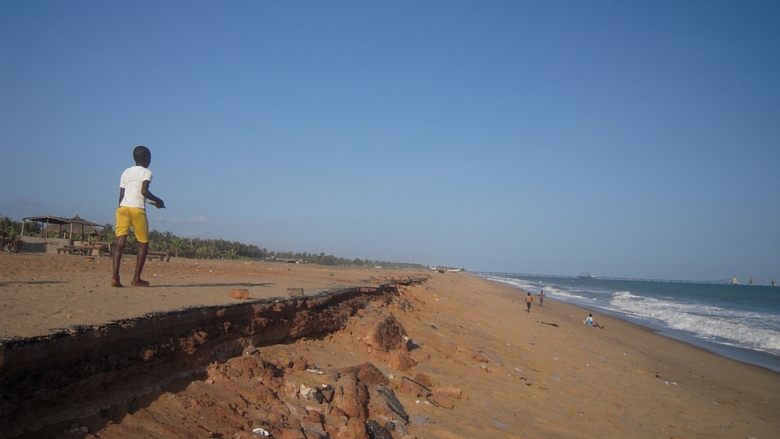 The coastal areas of West Africa is home to 31% of the West African population and produces 56% of the sub region’s GDP. However, today, countries are facing increasing risks of coastal erosion, flooding, salinization of land and coastal waters, as well as depletion of fish stocks, all manifestations that threaten their people and their economic livelihood.

In 2016, the World Bank and WAEMU undertook, with financial support from the Nordic Development Fund, a partnership for the implementation of erosion and adaptation project in the coastal areas of West Africa under the Technical Assistance Programme to the management of West Africa's coast (WACA - West Africa coastal Areas). This program is designed as a regional platform meeting where countries can find the expertise and the funding they need to manage their coastal sustainably. The International Union for Conservation of Nature (IUCN) has been entrusted by the WAEMU execution of the first activities of this project in four countries in the region.

It is in this context that the WAEMU is organizing an official launch workshop for the erosion and adaptation project in the coastal areas of West Africa, with the participation of key domestic, institutional, technical and financial.

The technical workshop will take stock of the main cross-sectoral issues at different geographical scales, to present the types of intervention and collaboration within the coalition of actors and examine the prospects of the project and the West Africa Coastal Areas Management Program (WACA) for the benefit of coastal countries of the region.