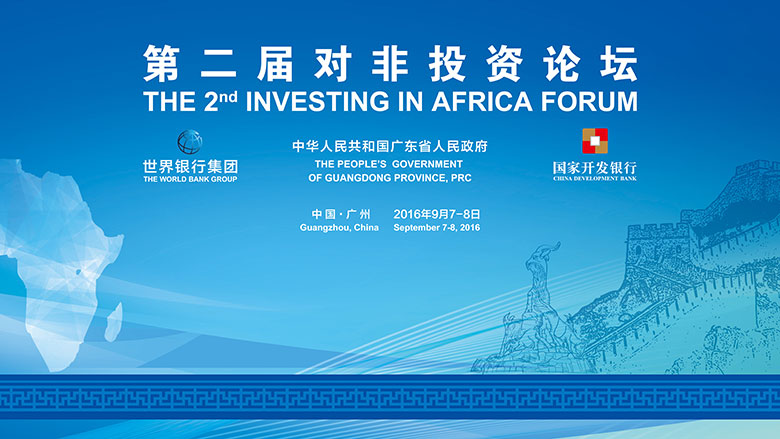 Investing in Africa Forum: Experience Sharing and Investment Promotion, Building Complementarities and Shared Prosperity
September 7-8, 2016White Swan Hotel, Guangzhou, China
The 2nd Investing in Africa Forum (IAF), organized by the Government of Guangdong Province, People’s Republic of China, China Development Bank and the World Bank Group, aims to promote experience sharing between China and Africa and build accelerated investment in Africa. Under this overarching goal, the IAF will address five themes; agriculture and agribusiness; cooperation to expand capacity in manufacturing and industrialization; infrastructure development, regional connectivity and renewable energy; skills development, vocational training and job creation; and trade and tourism. The Forum will be predominantly forward-looking and results-oriented, and will showcase a number of projects in Africa with committed or prospective investments from China as well as Guangdong Province. The IAF will bring together about 300 people from the government and the private sector in African countries and China, as well as international and continental institutions, development partners, and think tanks, to share experiences and explore opportunities to accelerate investment in Africa.

China is currently the largest single bilateral investor in Africa as well as the continent’s largest trading partner. China-Africa engagement has expanded rapidly in recent years and spurred growth and structural transformation in African countries. While pursuing accelerated investment in Africa, China is also engaging in more inclusive partnerships with African countries, and its commitment to investment could significantly help the continent to both enhance resilience and promote economic development.

The Investing in Africa Forum (IAF), was established in 2015 as a global platform for multilateral cooperation, promoting opportunities to increase investment in Africa. It is intended to be an annual multi-stakeholder gathering, bringing together representatives of the public and private sector from China and African countries, international and continental institutions, development partners, and think tanks to deepen policy dialogue, share experiences, and discuss business opportunities to promote and support investment and sustainable development in Africa. It was first initiated by China Development Bank (CDB) with the full endorsement of the Chinese Government, and won the strong support of the World Bank Group (WBG) and African countries at large.

The first IAF was co-organized by the Government of Ethiopia, CDB, China Africa Development Fund, WBG and the United Nations Industrial Development Organization (UNIDO) in Addis Ababa on June 30 and July 1, 2015.  With the theme “Partnering to Accelerate Investment, Industrialization and Results in Africa,” it brought together more than two hundred participants from China and African countries, private sector, regional institutions and development partners to explore practical steps to accelerate investment in Africa. As one of the follow-ups to the first IAF, the second IAF has the objective of promoting partnerships for accelerated investment to build complementarities and share prosperity between Africa and China. The Forum will also showcase a number of projects in African countries with committed or prospective investment from China as well as Guangdong province.

The IAF will be structured around five themes; agriculture and agribusiness; cooperation to expand capacity in manufacturing and industrialization; infrastructure development, regional connectivity and renewable energy; skills development, vocational training and job creation; and trade and tourism. An important aspect of each session will be to benefit from the Chinese experience and its relation to specific national and sub-national settings and development priorities in African countries. Equally important will be for Chinese participants to learn from their African partners the opportunities, priorities and challenges of investing in Africa. The WBG will bring in the perspective of its analytical work and ongoing programs in these thematic areas.

The “Investing in Africa Think Tank Alliance” (IATTA) as proposed at the First IAF in Addis Ababa will be formally launched at the second IAF in Guangzhou. It aims to synergize the intellectual capabilities of think tanks and the capital strengths of development finance institutions to promote sustained development and investment activities in Africa and serve as a global platform for multilateral cooperation. China Development Bank’s Research Academy and the World Bank’s Africa region will take a lead in co-sponsoring the IATTA and organizing its activities.

10.35-12.30 | Keynote Speech Session:  Working Together in Partnership to Build Complementarities and Promote Shared Prosperity in Africa

Guangzhou is the capital of Guangdong Province, the nation’s historical and cultural city. It is one of China’s international business centers and an integrated transportation hub, thus commonly known as China’s South Gateway. Covering a total area of 7434.43 square kilometers, Guangzhou has a registered population of 8.25 million, the city of Guangzhou was established 2230 years ago, and is one of the centers of Lingnan culture.

In 2015, GDP of Guangzhou was CNY 1.81 trillion (about USD 277.92 billion), ranking the third among the Chinese mainland cities for 27 consecutive years. Its per capita GDP achieved a breakthrough to reach more than USD 20,000.

Guangzhou has twined with 36 foreign cities and established international friendship city relations with 27 foreign cities, 53 countries have opened consulates in Guangzhou. It also has conducted foreign exchanges with more than 1,000 cities in 136 countries. Guangzhou’s international integration has been raised to a new level.

Adjacent to Hong Kong SAR and Macau SAR, Foshan is located in the Pearl River Delta region. The city covers a total area of 3797.72 km2 with a population of 7.3506 million.

In 2015, Foshan was designated as the national pilot city for comprehensive reform on industry transformation and upgrading. The city has formed its leading position in various industries, including machinery equipment, household appliances, ceramic products and building materials, metal processing and products, textile and garment, electronic information, food and beverage, fine chemicals and pharmacy, and housewares, etc. Emerging industries like opto-electronic devices, environment-friendly products, new materials, new medicines and new energy vehicle are rising. A modern industrial system with increasingly comprehensive supporting functions is taking shape. Up till now, there are 75 projects invested by African countries with a contractual foreign capital of 272 million US dollars and a utilized foreign capital of 87.08 million US dollars in Foshan.

Located in the south central Guangdong Province and to the east of the Pearl River estuary, Dongguan is situated in the middle section of the economic corridor connecting also Guangzhou, Shenzhen and Hong Kong.

In 2015, the total output of Dongguan city achieved RMB 627.5 billion yuan, an increase of 8 percent from the year before. And its import and export international trade registered US$ 167.6 billion, ranking fifth in China.

To this day, foreign investors from more than 40 countries and regions have been attracted to Dongguan. 11,000 foreign-funded enterprises have quartered here and the utilized foreign capital has accumulated to nearly US$ 80 billion. With 87 projects invested by 49 of the world’s Top 500 enterprises, pillar industries including electronics and information, electrical machinery and equipment, textile and garments, food and beverage, paper making and paper products, etc. are shaped and emerging industry clusters for photoelectric LED, novel tablet display, solar PV and so on have come into being.

The two-day Investing in Africa Forum was held in Guangzhou on September 7-8 with about 300 participants from more than 30 African countries. Some of participants share with us their reflections from the Forum and ideas on how to strengthen China-Africa cooperation to accelerate the growth and development in the continent: 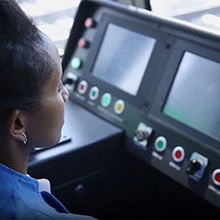 China and Africa: Partnering for Growth

Over the past two decades, China has become an important partner in Africa’s growth and development. The World Bank is working to further this relationship in order to help Africa close infrastructure gaps, reform its energy sector and boost growth and prosperity so that millions of people lift themselves out of poverty and realize their opportunities for a better life. 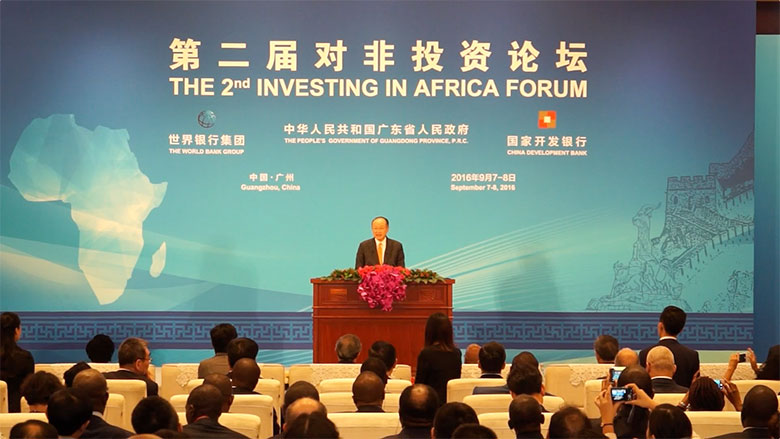 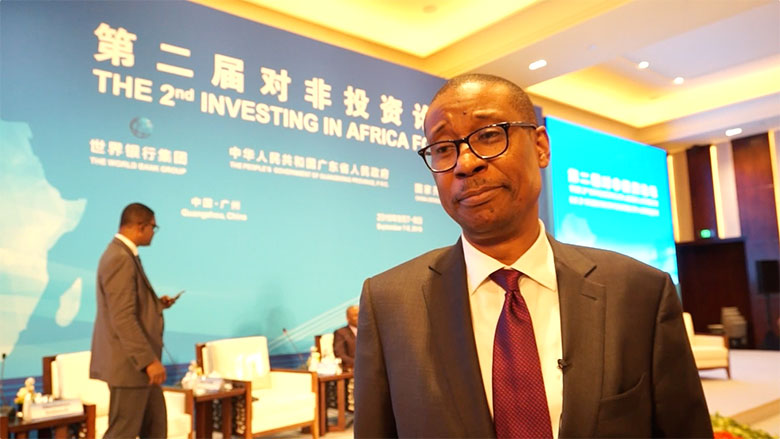 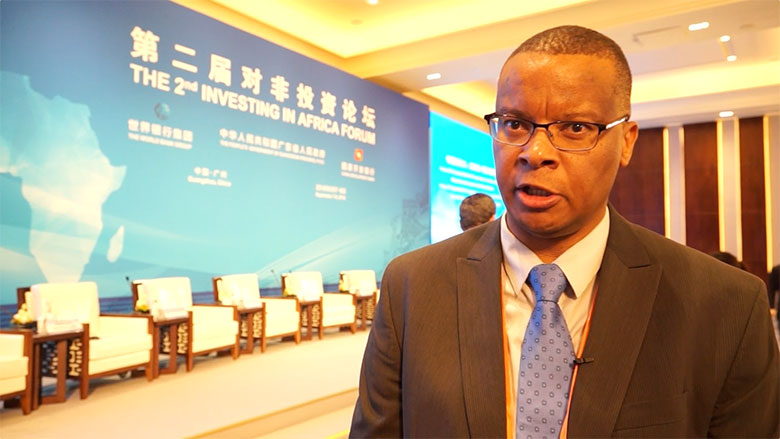 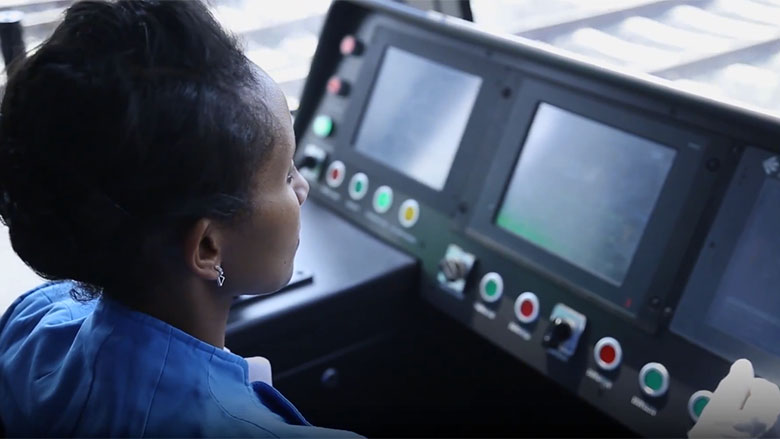 China and Africa: Partnering for Growth