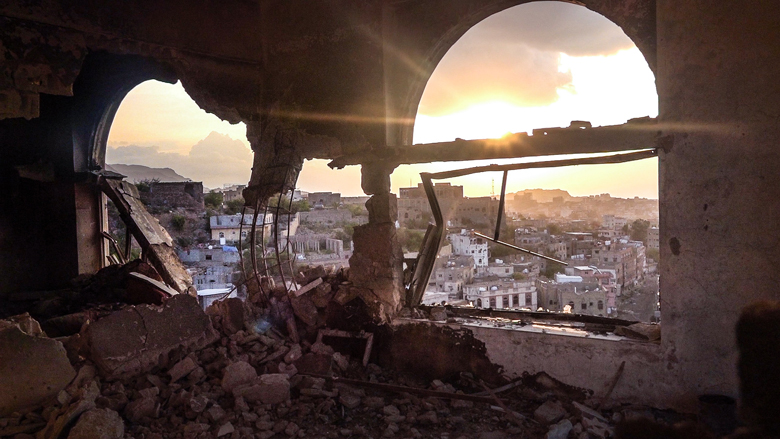 Taiz City, Yemen- Aug 06, 2018. The devastation caused by the war has caused havoc in civilian neighborhoods and houses of civilians in the Yemeni city of Taiz.

In June 2014, armed conflict began to spread across much of Yemen. The conflict, which escalated in March 2015, has caused major loss of life, internal displacement, and damage to infrastructure and service delivery throughout the economy and society. To understand the effect of the evolving conflict on the Yemeni people and estimate preliminary recovery and reconstruction needs, the World Bank Group (WBG), in close cooperation with the Government of Yemen (GoY), initiated the multi-phased Yemen Dynamic Needs Assessment (DNA) in September 2015. This assessment is the third phase in the series of DNAs that the WBG has conducted since 2015. It was conducted in 2018, and updated in 2020.