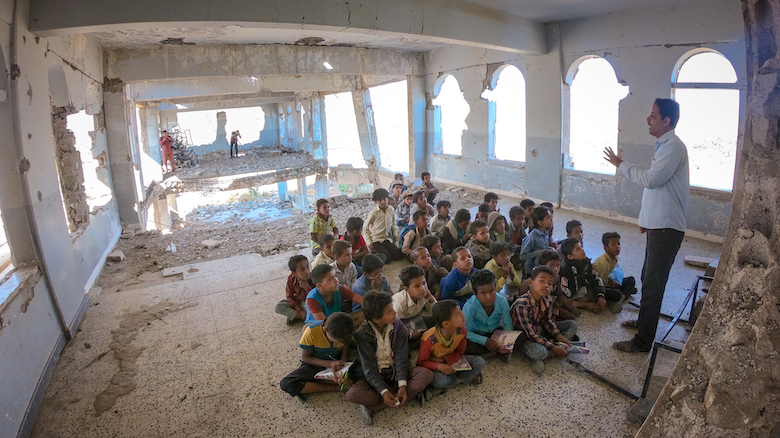 Violent conflict in Yemen has severely disrupted economic activity and hydrocarbon exports, along with significant damage to infrastructure and a wide suspension of basic public services. The loss of oil receipts has created an acute foreign exchange shortage, while government revenue has plummeted. This, coupled with the fragmentation of state institutions, including the Central Bank of Yemen (CBY), has interrupted supply of foreign exchange for essential imports and payment of public sector salaries, fueling inflation and exacerbating the humanitarian crisis.

In late 2018, however, Yemen’s economy began to show signs of stabilization, supported by balance of payments assistance from the Kingdom of Saudi Arabia and a gradual recovery of oil and gas production, which came to a near halt when the conflict broke out in March 2015. Available information suggests that GDP growth turned into positive territory in 2018, arresting a cumulative output contraction of over 40% during 2014-17. Nevertheless, oil production, albeit increasing, remains significantly below the pre-conflict levels, while protracted hostilities and widespread destruction of infrastructure continue to interrupt economic activity, leaving many Yemenis without a regular source of income.

Economic prospects in 2019 and beyond are uncertain and depend critically on the political and security situation. The generally improving macroeconomic conditions are under renewed stress because of the surge in violence in the interim capital Aden. If reconciliation efforts in the south succeed, macroeconomic improvement can continue in the latter half of 2019, underpinned by the gradual increase in hydrocarbon production and continued salary payments to public sector employees. The economy could grow by 2-2.5% a year over the next 2 years, far below rates needed for reconstruction or to address human development challenges. Inflation would continue to moderate, if donor support could help prevent monetization of fiscal deficits, and the availability of foreign exchange and security situations (especially in the largest seaports in Hodaidah) allow for imports of food and other essential commodities. As the Saudi Arabian deposit is projected to be exhausted by end-2019, mobilization of additional external assistance would be critical to support adequate imports of basic items and maintain macroeconomic stability.