Just over four years ago, as Yemenis struggled with the effects of armed conflict on their lives, the World Bank, UNICEF, and World Health Organization (WHO) joined forces with Yemen’s Ministry of Public Health and Population and health offices in regional governorates as well as local water and sanitation corporations at decentralized level to maintain the delivery of essential health, water and sanitation services. The Emergency Health and Nutrition Project (EHNP) had a twofold mission: to strengthen public health and nutrition services and to improve water and sanitation systems. More than 26 million Yemenis were provided with life-saving services, including primary health care delivered through clinics and mobile health teams.

Hospitals and other healthcare facilities and water and sanitation infrastructure have been especially hard-hit since the start of the conflict in March 2015. Only half the healthcare facilities that were operating in 2014 are operational today. Even those still open face challenges, such as lack of clean water, fuel for generators, or medical supplies. With more than two million children severely malnourished and nearly 80 percent of Yemenis depending on aid, insufficient potable water has led to severe outbreaks of cholera and diphtheria.

The Emergency Health and Nutrition Project (EHNP) sought to improve the health of communities by directing funds to medical facilities, supporting staff by giving them allowances, and directly underwriting the cost of outreach and mobile services. To improve water and sanitation services and system strengthening, it supported water and sanitation systems by addressing urgent rehabilitation needs of medium to large facilities in 15 urban cities as well as key implementing key interventions in pre-urban and rural areas.   WASH assistance was provided to ensure sustainable WASH services through strengthening the capacity building of local WASH authorities, solarization of water systems and rainwater harvesting and rehabilitation of WASH facilities for more than 400 HFs and 180 schools as well as the delivery of fuel to ensure continuity of water and sanitation facilities in response to Cholera and Covid-19 outbreaks.

Special Support for Mothers and Children

The World Bank’s fund for the world’s poorest countries, IDA, provided the bulk of EHNP financing, contributing a total of nearly US$683 million.

UNICEF and WHO provided technical capacity and presence on the ground. The project was administered in cooperation with Yemen’s Ministry of Public Health and Population and with the health administrators of governorates.

The success of the EHNP has encouraged the World Bank, UNICEF, WHO, and UNOPS to continue this critical work. Their new initiative, the World Bank’s IDA Emergency Human Capital Project, seeks to deliver the same fundamental support for community health and nutrition for the foreseeable future and to build a sustainable healthcare system and water-related infrastructure that will serve Yemenis for generations to come.

Despite the conflict, Yemenis throughout the country benefited from the EHNP, regardless of their geographical location, age, sex, or any other demographic consideration. The project allowed hospitals, health centers, and health units to remain open when shortages of even the most basic necessities threatened to curtail their services or close them completely. Millions of Yemenis received access to clean, safe drinking water and reliable sanitation. 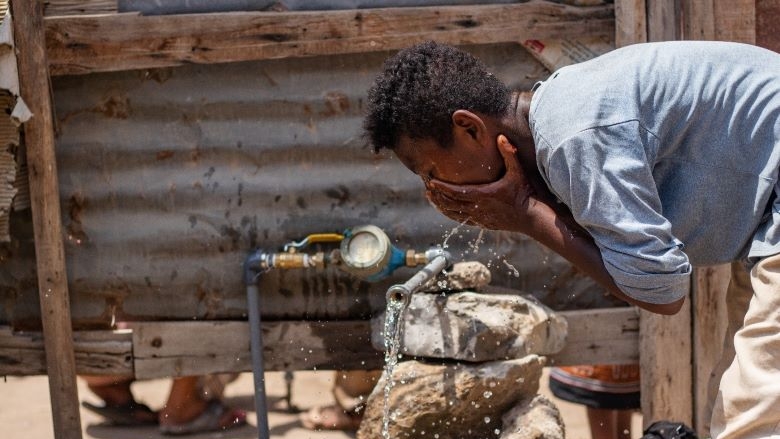