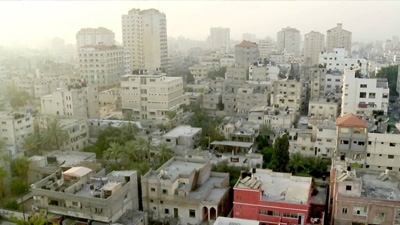 Real GDP growth in the Palestinian economy was barely positive in 2018 due to a steep deterioration in Gaza and a slowdown in the West Bank. Gaza’s economy has been kept afloat in recent years by large transfers including donor aid and spending through the budget of the Palestinian Authority (PA), both of which amounted to 70-80 percent of Gaza’s GDP. However, these two sources have significantly declined recently resulting in economic activity in Gaza shrinking by 8 percent in 2018. In the West Bank, real growth has declined to around 2 percent in 2018, lower than its average in previous years as the decrease in aid inflows and the recurring clashes with the Israeli forces have impacted economic activity.

Under a baseline scenario that assumes a continuation of the Israeli restrictive regime and the persistence of the internal divide between the West Bank and Gaza, private sector activity is not expected to pick up and real GDP growth of the Palestinian economy is projected to hover around 0.5-1.6 percent between 2019 and 2021. This growth level implies a yearly decline in real per capita income by around 2-3 percent. Inflation will remain subdued with inflation hovering around 2 percent in 2019-2021.

Despite the PA’s efforts to increase reve-nues and rationalize spending, the Israeli decision to reduce transfers of VAT and import duties collected on behalf of the PA (clearance revenues) will negatively impact the PA’s fiscal situation in the coming years. A continued decline in for-eign aid is also expected, hence, the fiscal deficit (after grants) is projected to reach 6.5 percent of GDP in the forecast period. As in previous years, the PA will resort to domestic sources of financing including debt from local banks and arrears to the private sector and the pension fund, crowding out the private sector.